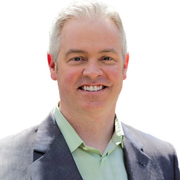 John Hopperstad is a Seattle native (well, Lake Forest Park), and a graduate of the University of Washington.

He learned at a young age to bypass umbrellas no matter how hard it rains.

After a stint in the U.S. Army as a Military Police Officer and several years reporting on TV in the great state of Maine, he returned home to the warmer and wetter climate of Washington state.

He’s a fan of Batman, Reggae music, and the friendship of dogs, along with watching his three sons grow taller than him and better looking by the day.