FOX 13 News sat down with the employee of a hotel, who police say shot an attacker who was threatening her coworkers with a knife.

TACOMA, Wash. - A Tacoma hotel employee is speaking out for the first time after shooting an attacker who was threatening her coworkers with a knife.

The incident happened at the Quality Inn Suites on South Hosmer Street around just before midnight last Tuesday. Police say a 45-year-old man walked into the hotel with a knife and threatened three employees.

"Nobody could have gotten hurt that night," said the employee who shot the man.

FOX 13 News spoke to the employee on camera, however, she did not want to use her name, or reveal her face.

The address where the incident happened is located within a six-block stretch of South Hosmer Street where numbers show crime is 90% higher than just one block over. 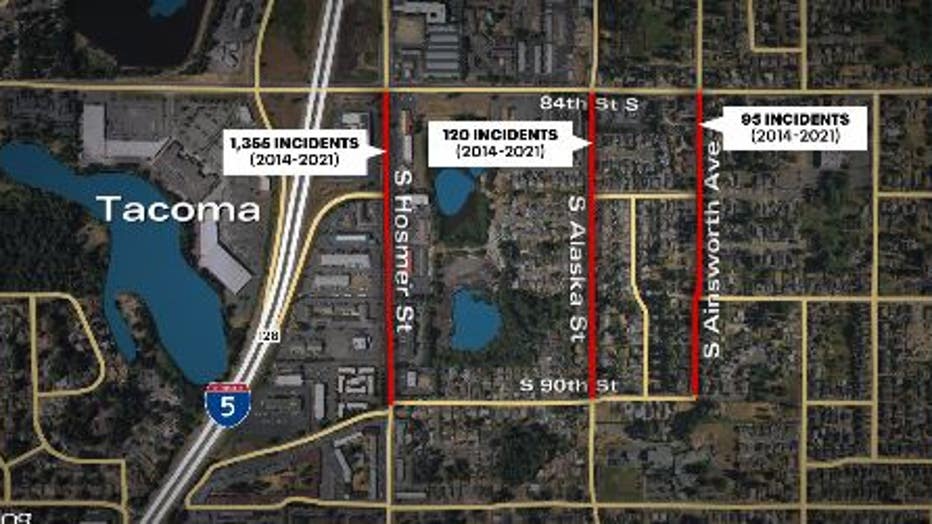 The employee told FOX 13 that she was just finishing her shift. Earlier in the night, the 45-year-old man entered the hotel. The employee said the man is known to the hotel and has caused issues before.

She said they asked him to leave, but he refused.

"When I came around the corner of the building, that’s when the guy came out of the door with the knife, coming at me," she said.

"I never planned on hurting anybody, but it’s either me or the person who is trying to hurt me," she said.

She says this never should have happened.

Ten minutes before the shooting, the woman says they called 911 to report that this man refused to leave the property.

Police are investigating a shooting that left a 45-year-old man, who was armed with a knife, injured overnight in Tacoma.

Tacoma Police confirm that a call came in from the hotel, however, all resources were already in use responding to an armed robbery call from earlier in the night.

"If the officers were to come prior, before that incident happened, I wouldn’t be scared or terrified to be working," she said.

She says police only showed up after she called to report the shooting.

She is still shaken by the incident, and it is not easy to relive what happened, she said. However, she says she is sharing her story in hopes that the leaders in Tacoma will hear her words and make a much-needed change.

According to police, the man went to the hospital with non-life-threatening injuries. Police said when he is released from the hospital, he will face three charges of first-degree felony assault.