Q13 Meteorologist Tim Joyce has a look at the long range forecast.

SEATTLE - Our rainy season this year looks to be colder and wetter than normal, thanks to a La Nina weather pattern. La Nina is the term used to describe when the typical waters off the coast of Central and South America are blown to the other side of the Pacific Ocean near Asia and Australia by strong trade winds that go from east to west at the equator. 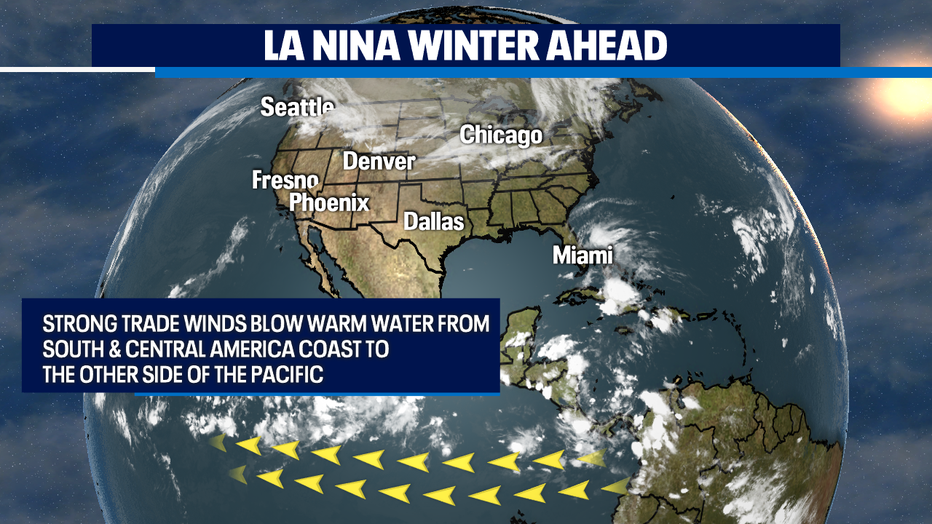 While that's happening many thousands of miles away, the weather patterns at the equator affects weather patterns all around the planet. Including here on the West coast of the United States. In fact, a La Nina pattern delivers very different weather for the NW versus the SW part of the country.

Here in our area, we see the polar jet stream taking aim at Washington, Oregon, and British Columbia. That means soggy weather systems will roll over us out of the NW over and over again. Down to our south, it means a significant lack of rainfall. The whole Sunbelt from California to Texas and beyond ends up sunny and unseasonably dry. This year, this will likely mean the fire and smoke season in California looks likely to continue into the winter and maybe even the spring. 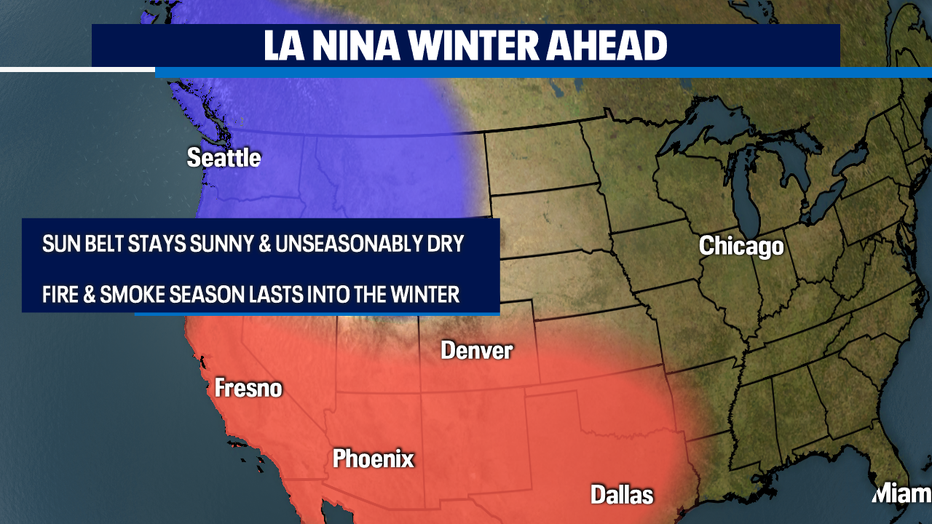 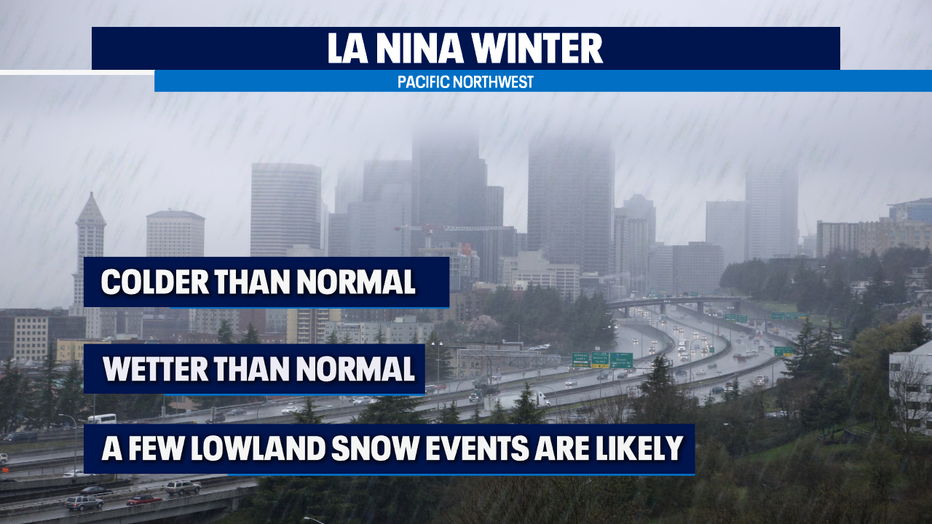 In those years we had a couple seriously cold snaps in January and some pretty big accumulations of low elevation snow too! In 1959-60 our snowiest month ended up being March. In the 1970-71 and in 1995-96 winter our snowiest month was January. 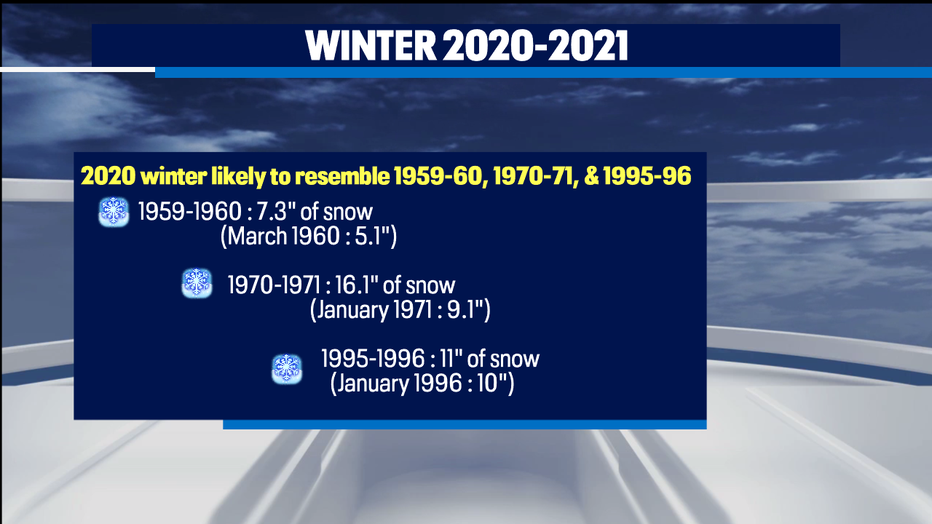 Significant sticking snow is something we see in Seattle only every three or four years-- but the odds are favorable for a great ski and snowboard season as well as some measurable sticking snow all the way down to sea level in the months ahead. Perhaps in winter 2020-21 given how many of us are working and doing school from home-- that we can enjoy this year's snowfall when it happens and not worry as much about having to get around while it's on the ground.