FOX 13 Forecaster Erin Mayovsky has a warm weekend on tap.

SEATTLE - SeaTac hit 61 degrees on Friday! That's only six degrees off the mark of where we should land this time of year.

Temperatures will cool under mostly clear skies. Some of us might wake up to patchy fog early Saturday morning, mainly southwest of Seattle. We expect the fog to lift by mid-morning. 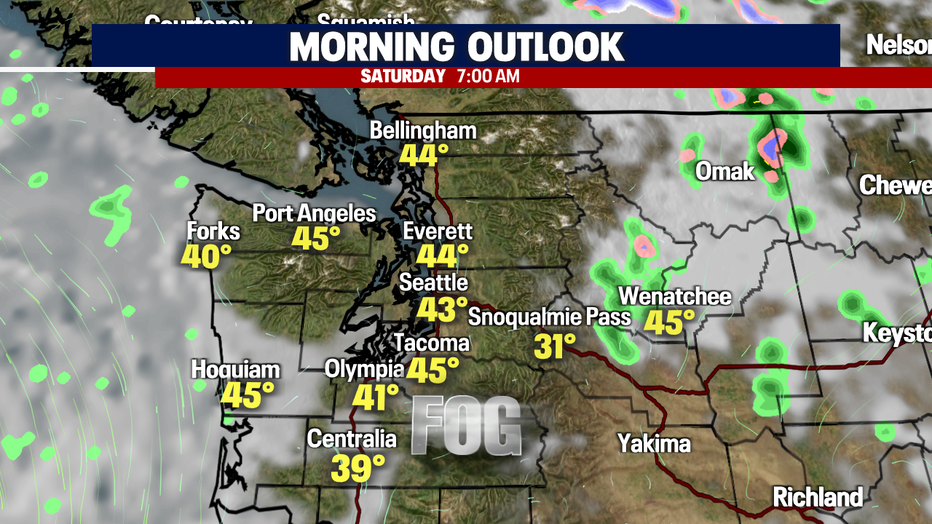 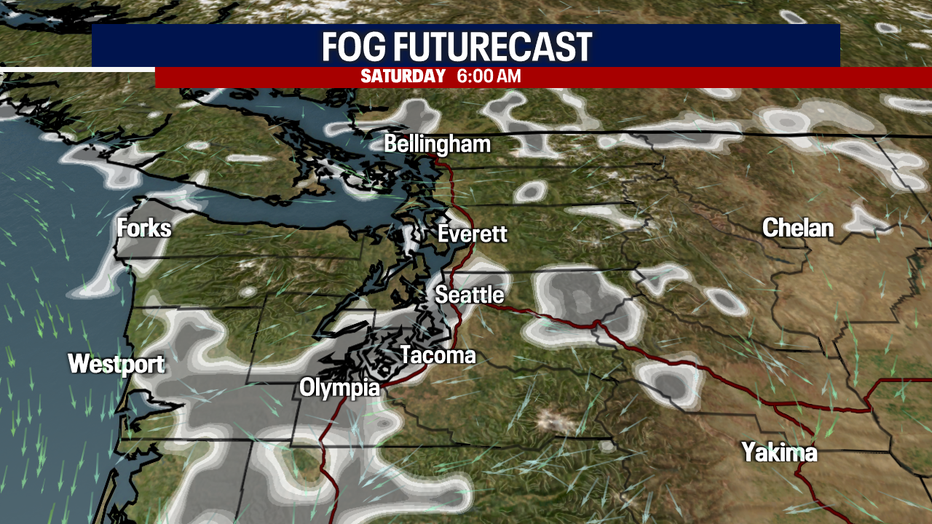 Tomorrow highs should peak in the mid to upper 60s after mostly sunny day. 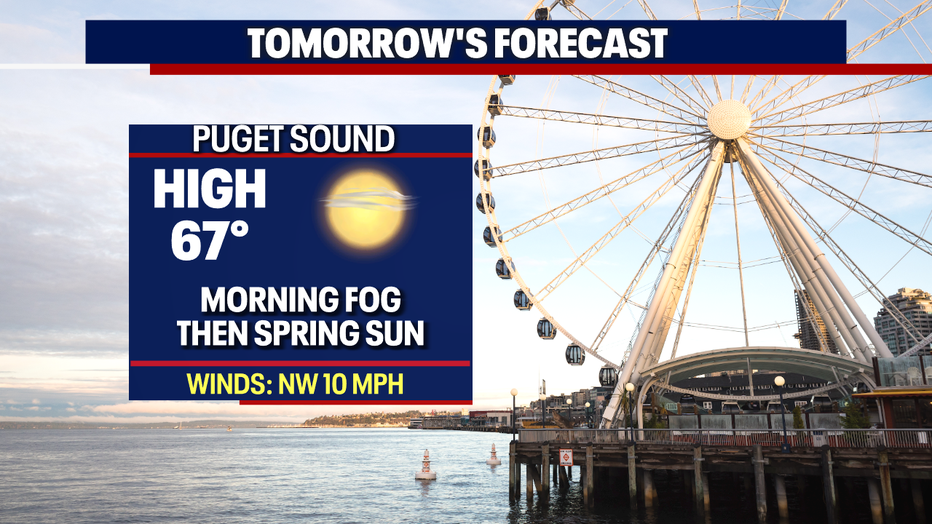 Temperatures will warm a bit more on Sunday as high pressure continues to build.  Highs should top out in the low 70s. If Seattle hits 70 this weekend, it will only be the second time this year it's happened, the first coming in early April.  Normally the month of May sees at on average seven days of 70+, but not this year… not one day yet! 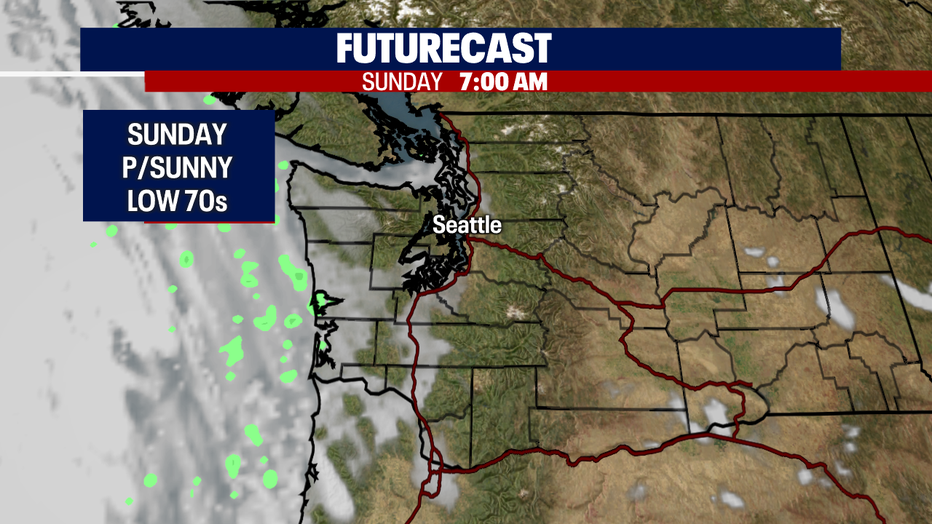 Onshore flow increases on Monday for cooler temperatures and cloudier skies.  Some of us along the coast and into the north Sound could see a few light showers as a system brushes by. Highs drop into the mid 60s.

High pressure in the Pacific will help block out most systems the rest of the week, although a few showers may find their way inland by Thursday.  Highs hang in the mid to upper 60s, with Friday land just at 60.  Enjoy!

Have a great weekend everyone!  ~Erin Mayovsky, FOX 13 Forecaster 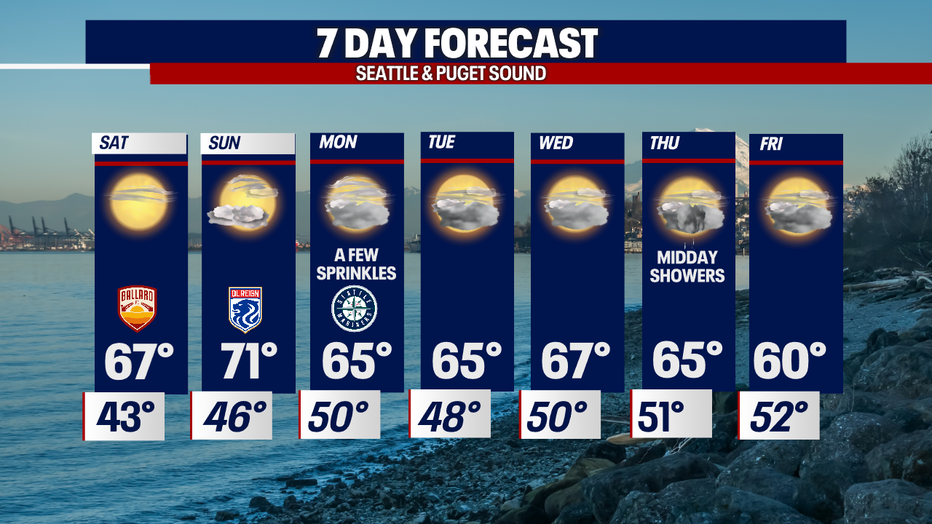 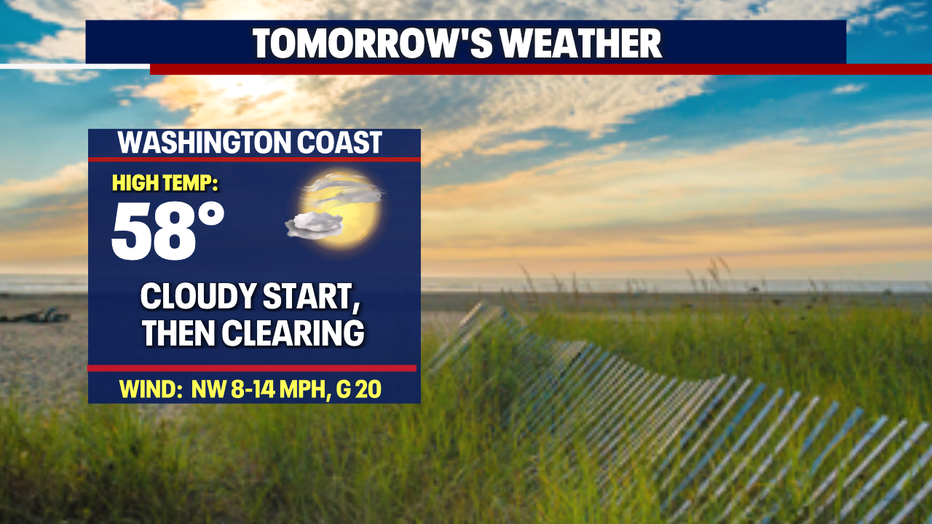 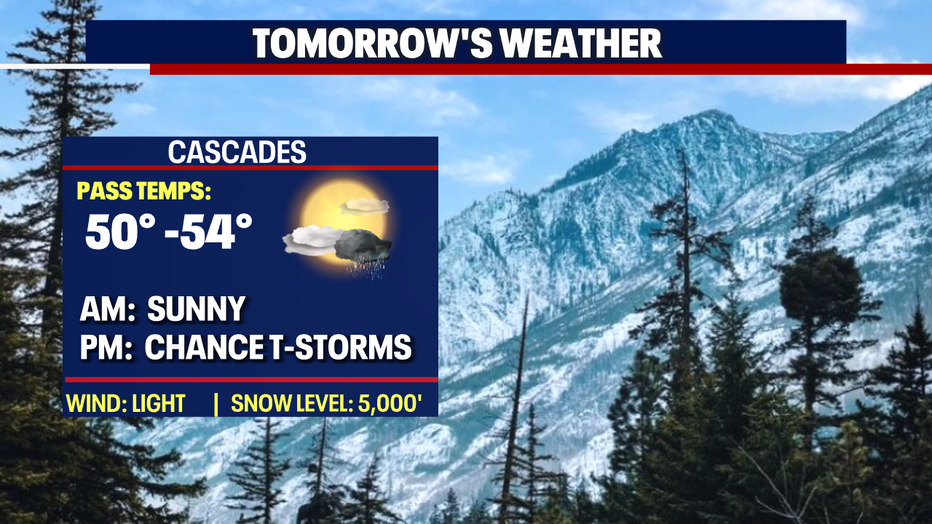 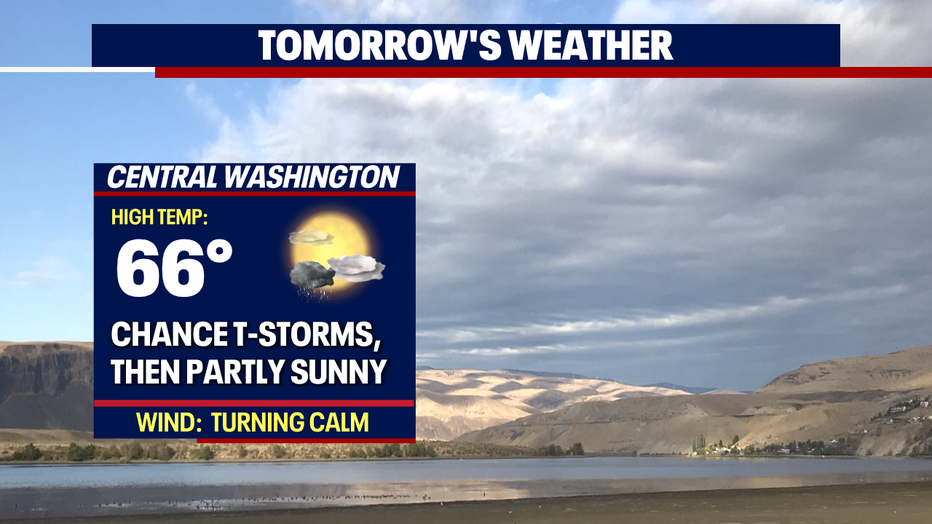