Fog clearing out to a few sunny days this week

The fog is finally clearing out later this week, where we'll finally see some sunny—but still brisk—days heading into this weekend.

Seattle - Fog continues to be an issue around the region as we push through the middle of the week.  Most of us will stay stuck in the low-lying cloud deck and fog through early Thursday morning.

Tuesday starts off chilly as well. Temperatures around the area will hang in the low 30s.  Normal morning temps for this time of year usually sit near 38, so with below-freezing temperatures to start the day bridge decks and overpasses may be slick and frozen.  Allow for extra time on the roads, not only for the slippery conditions but the fog as well.  Keep a decent following distance while driving. 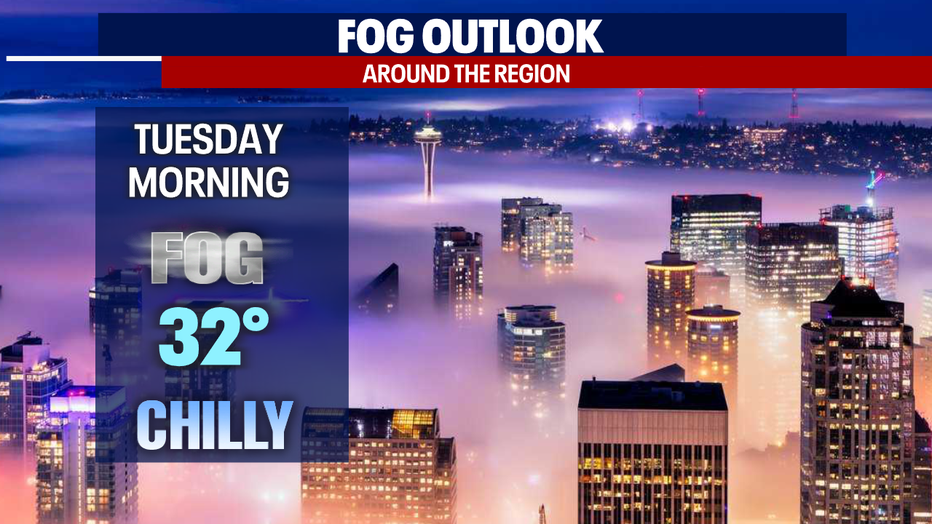 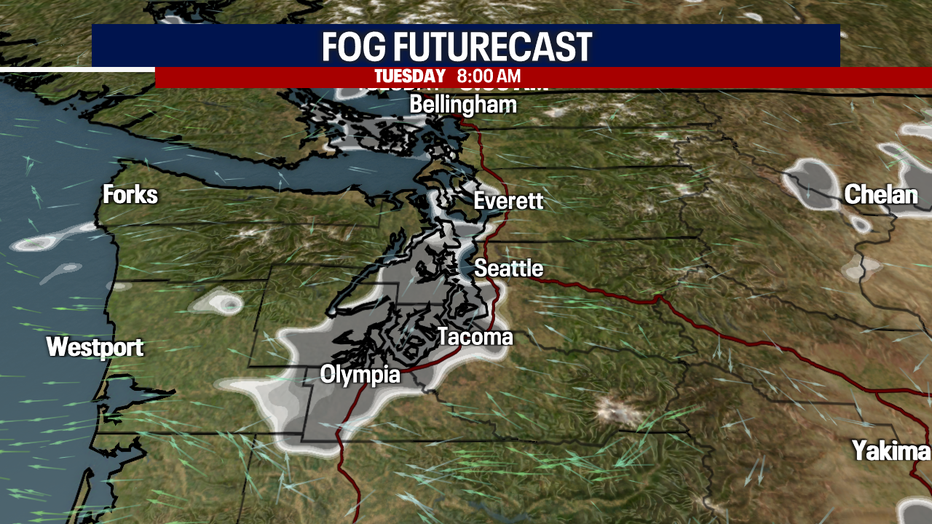 And not only will the fog linger, but stagnant air will also keep some of us in the moderate zone for air quality values in Snohomish, King, Pierce, and Thurston Counties.  This primarily will affect those who suffer from respiratory issues already.  The "Alert" for Western WA stays in effect through 12pm Wednesday. 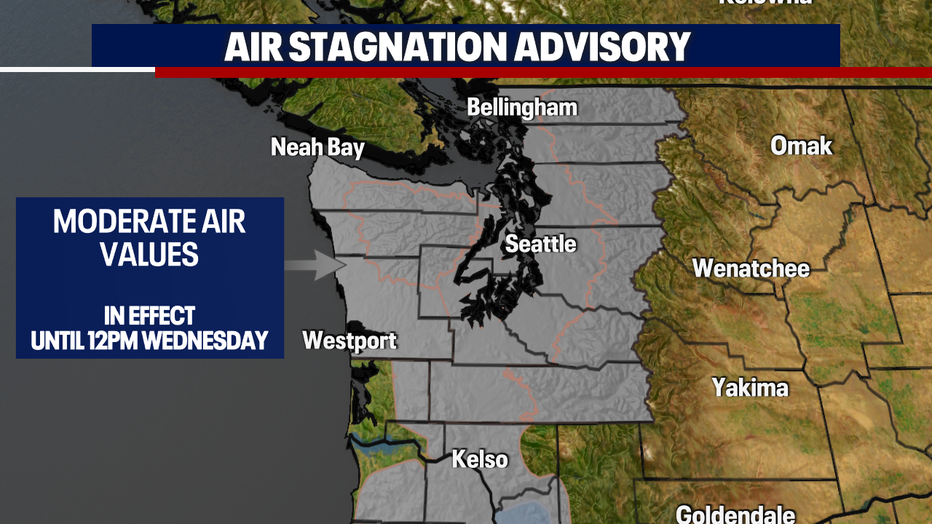 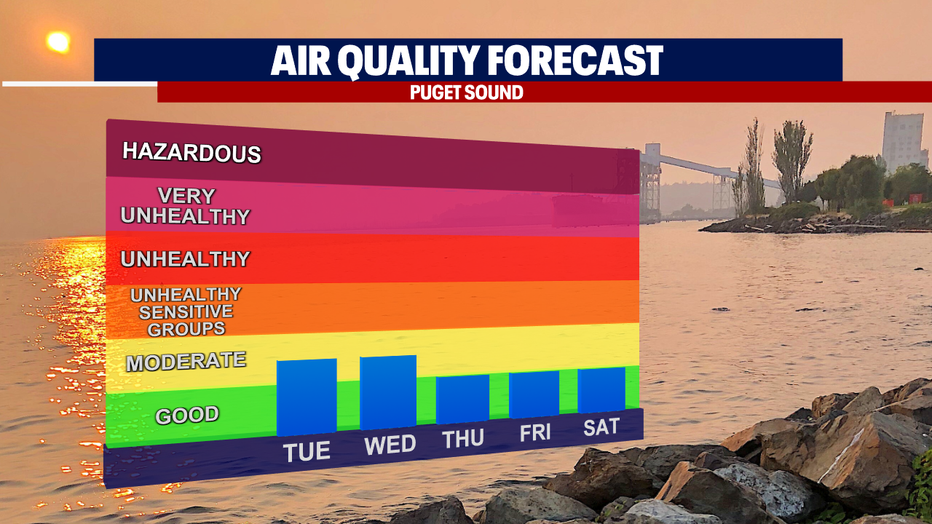 High pressure is the key to our dry forecast right now.  A nice ridge is acting as a blocker to all weather systems that would potentially come our way.  It also is the main factor as to why our air quality has degraded some.  High pressure aloft sits over the top of us acting like a hat that doesn't really allow air to mix out and circulate and this why pollutants get stuck near the surface.   The higher you go in elevation, like up to the mountains, you will see blue skies and warmer temperatures.  This is also known as an inversion.  Normally, air temperature decreases with an increase in altitude, but during an inversion warmer air is held above cooler air. An inversion traps air pollution, such as smog, close to the ground. 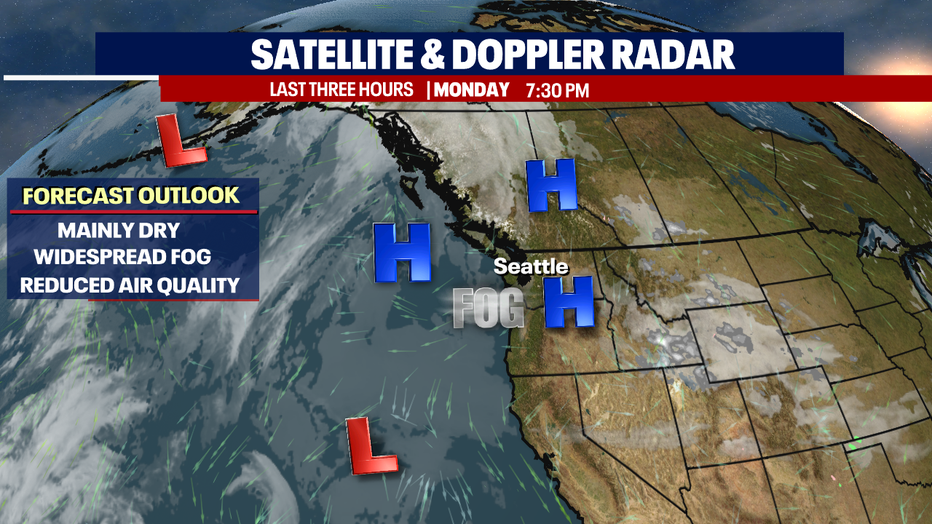 By late Wednesday into Thursday our ridge breaks down and that will open the door to allow systems to push inland.  Foggy conditions may linger into early Thursday before clearing out completely.  Highs will land near 50 both days.

By the weekend clouds increase as we shift to a SW flow with the potential for showers to return.  Right now, we're forecasting some rain to move in late Saturday night into Sunday with showers hanging around into the start of next week.  Highs drop into the mid to low 40s. 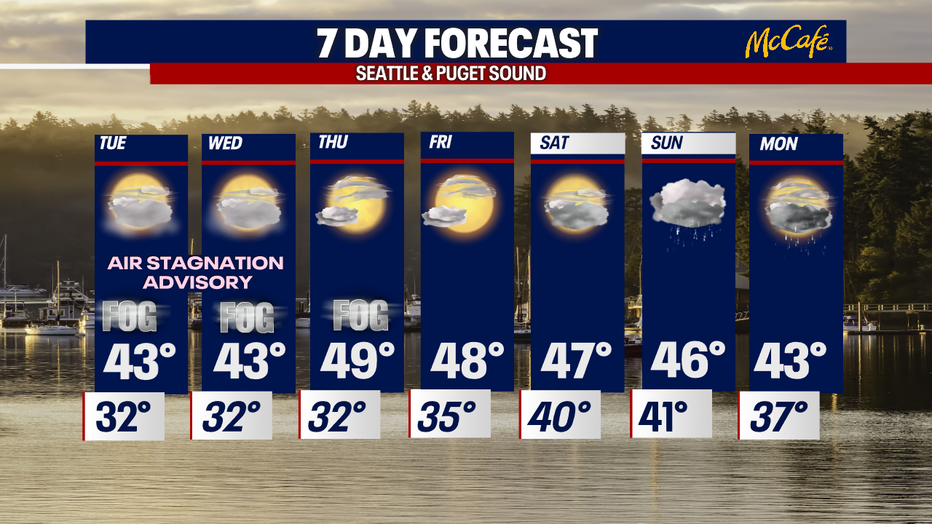 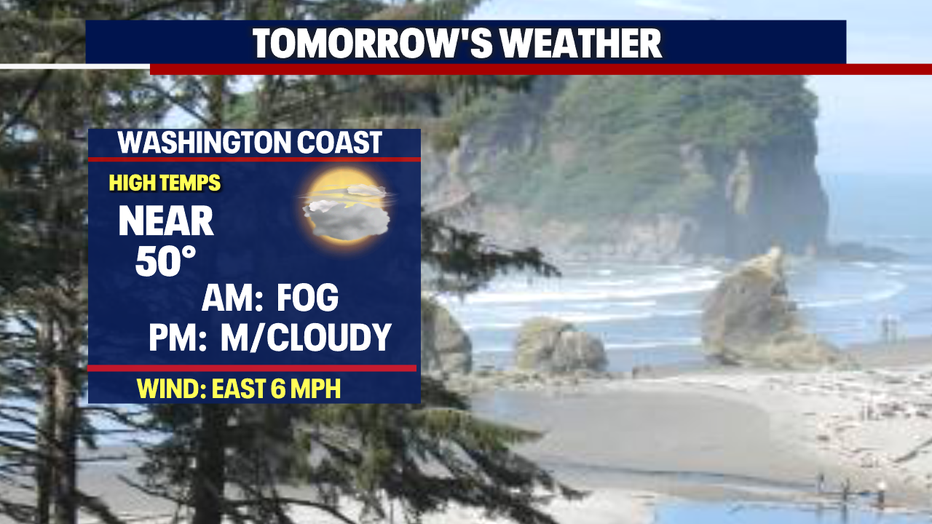 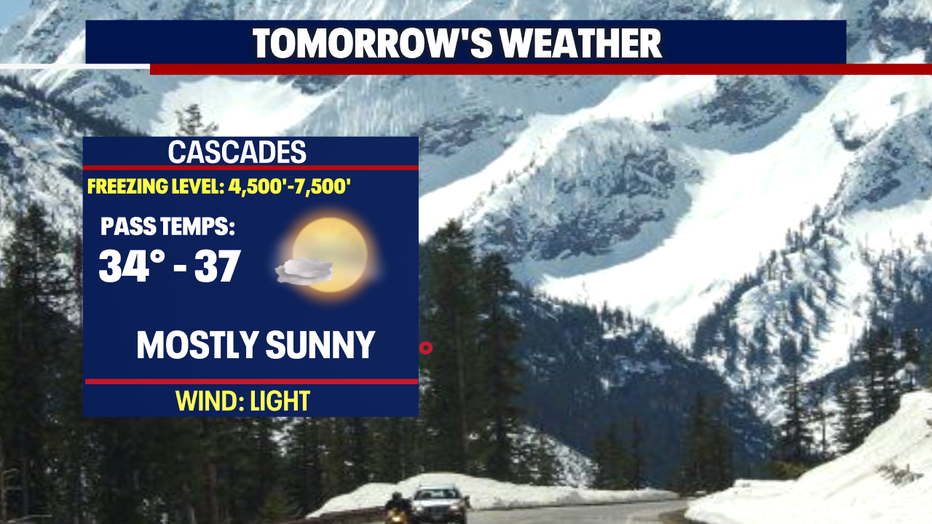 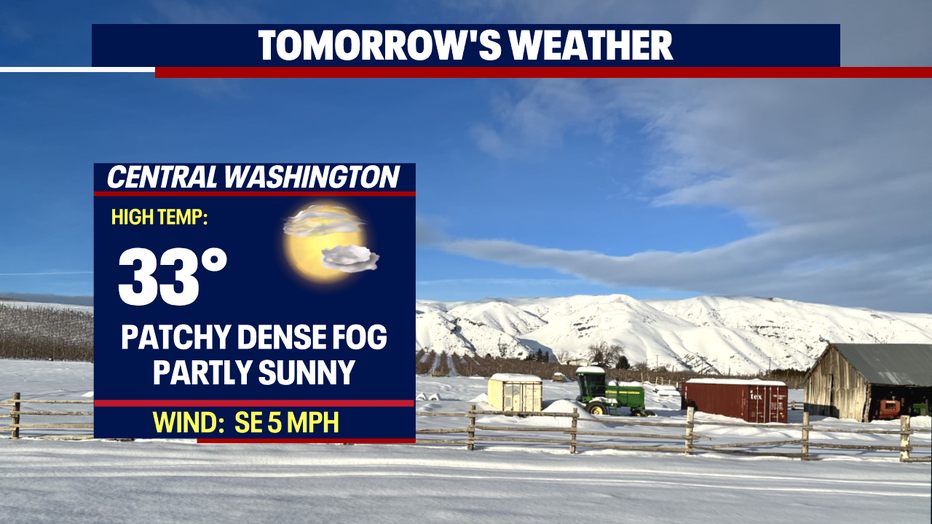