More cold weather on the way

SEATTLE - A pleasant January day for the Pacific NW, even if we're mostly cloudy and temps wil be below the normal by about 3 to 5 degrees. Normal high is now up to 48 for this part of late January. 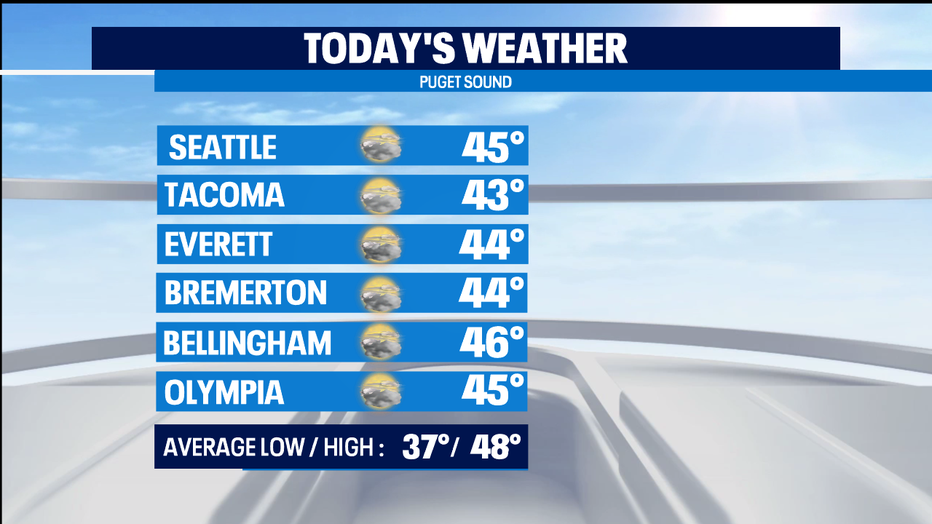 Tonight we'll start seeing rain develop along the coast and will move in during the overnight hours. On/off soggy weather at times on Thursday, and we'll see moutains snow for the passes and resorts. Late Thursday into Friday we'll start to dry out in many spots. 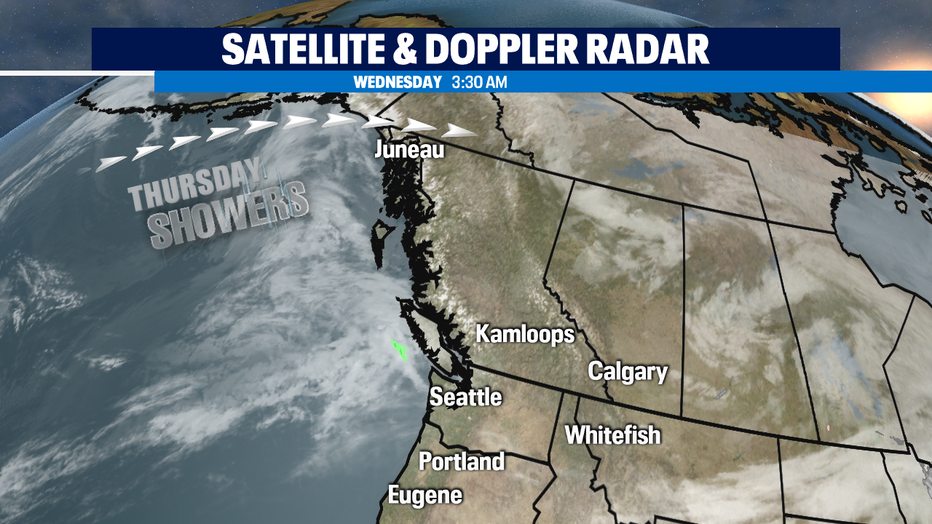 We'll be getting dry and cold for Friday and Saturday. Mornings will be frosty or frozen for most of us in the lowlands. The timing on Sunday's precipitation is looking like it comes in earlier and leaves earlier. 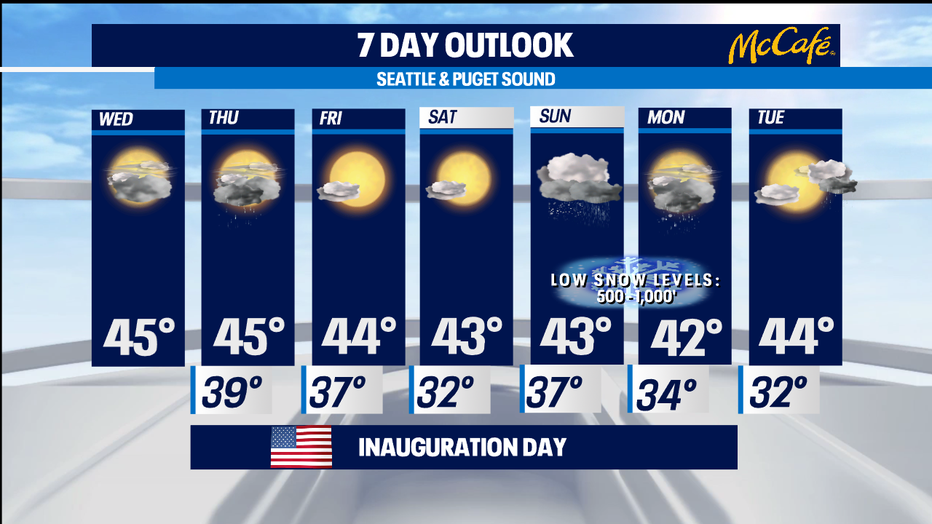 That will mean this will be mostly a rain event for the lowlands with some rain/snow mix or some "chunky rain" at times. Snow levels will be between 500-1000'-- so some light accumulations are possibe on higher hills, the eastern half of the state, and in the mountains on Sunday during the day. The green on the Futurecast is rain, with the darker green being heavier rain. Pink is a rain/snow mix. 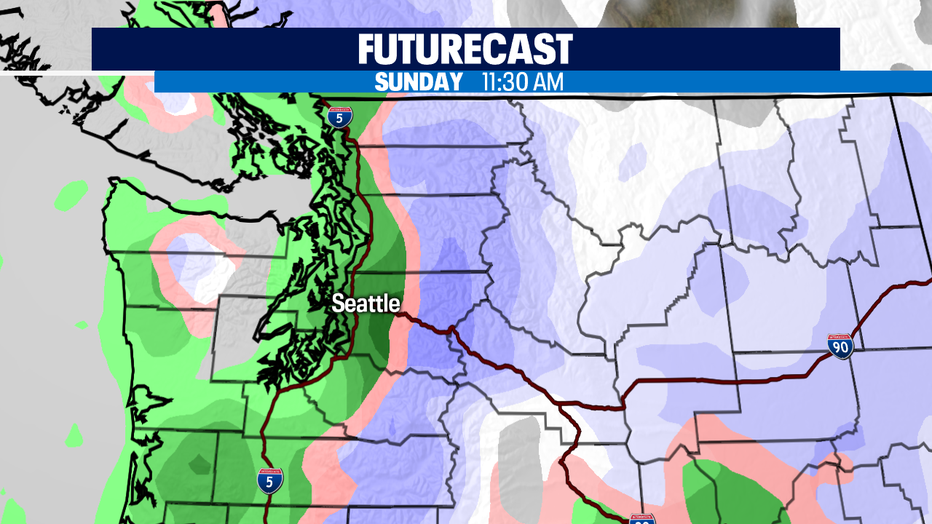 Sunday night, we're watching for some lowland snow potential in Whatcom County where the cold weather tap gets turned on with some winds coming out of BC's Fraser River Valley. 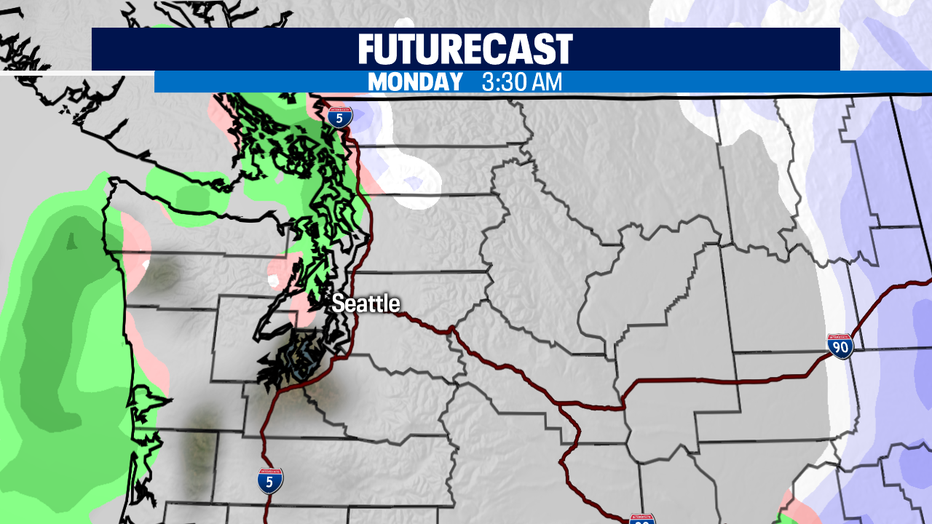 Elsewhere some slushy or wet areas could freeze up early Monday. Scattered rain showers on Monday could be scattered snow showers in places up north, but I'm not expecting too much, if any, accumulation. A lot of uncertainty as to how much of the cold weather sticks around past Tuesday morning. Stay tuned. -Tim Joyce