Milder temperatures but more rain in the forecast all week.

SEATTLE - Steady light rain moves through the region today, but we're on the lookout for some big winds Tuesday for the coast and parts of Whatcom, Skagit, Island, San Juan, and Clallam counties. Wind gusts in some of these areas will be around 60 mph. 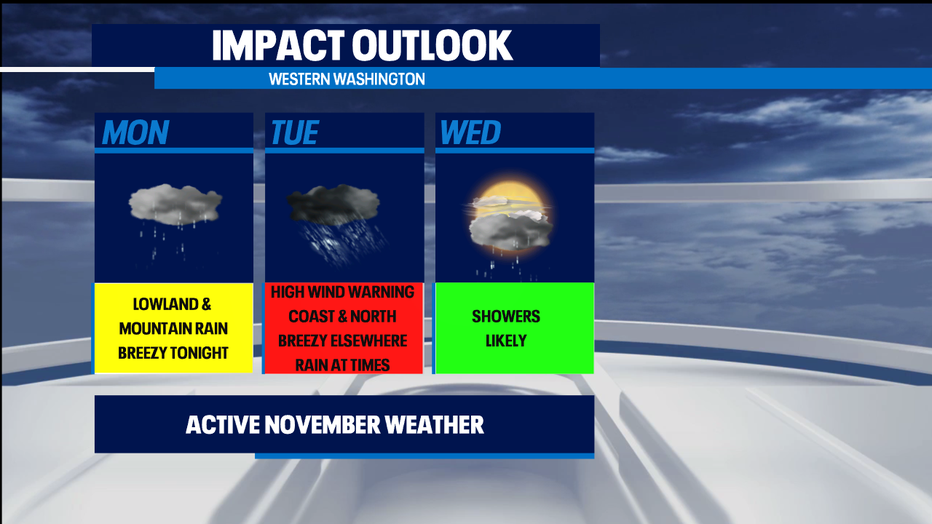 Today we're seeing a warm front move through. That will mean steady rain through the afternoon and early evening. Temperatures will stay on the mild side, topping out about mid 50s for some of us. As the low offshore gets close to the north end of Vancouver Island, winds will start to howl out of the S/SE. 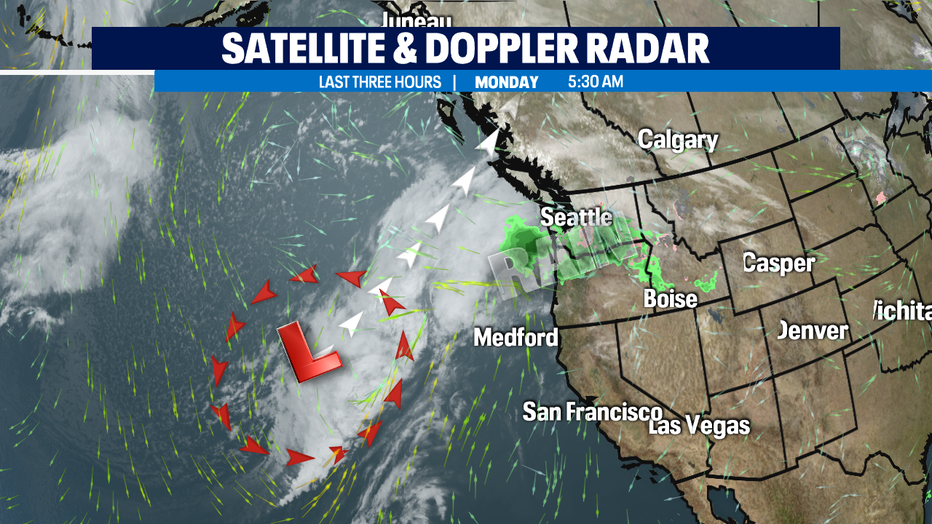 Snow level will end up around 8,000 feet by the afternoon -- well above all our mountain passes where the prepication this afternoon will be rain and not snow. 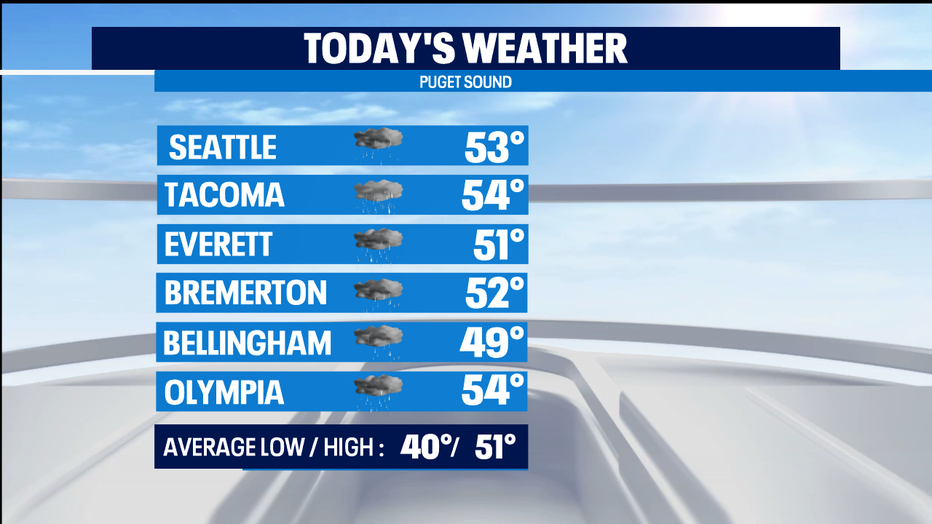 By this afternoon, as the rain moves north the winds will pick up out of the S/SE. Gusts around dinner time in the 40s along the north coast. 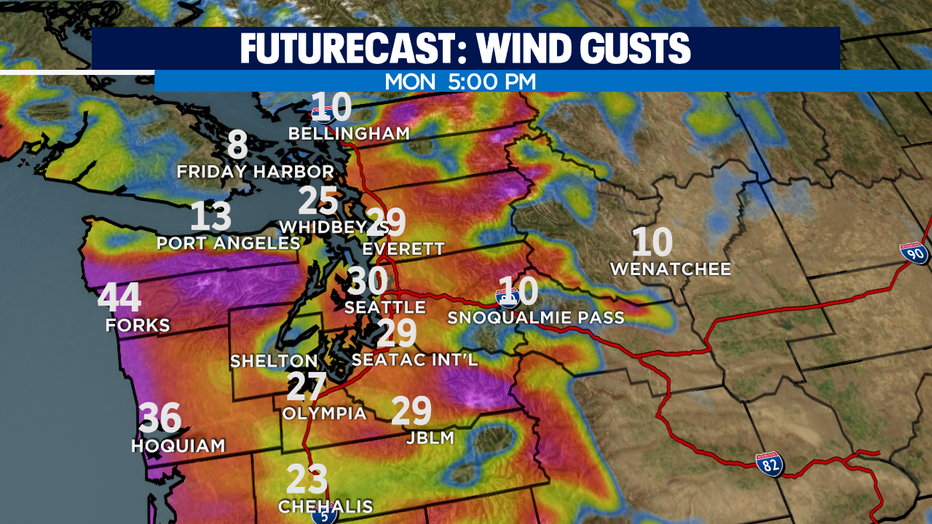 Winds will increase overnight and peak likely Tuesday morning along the coast and inland up north likely in the early afternoon. 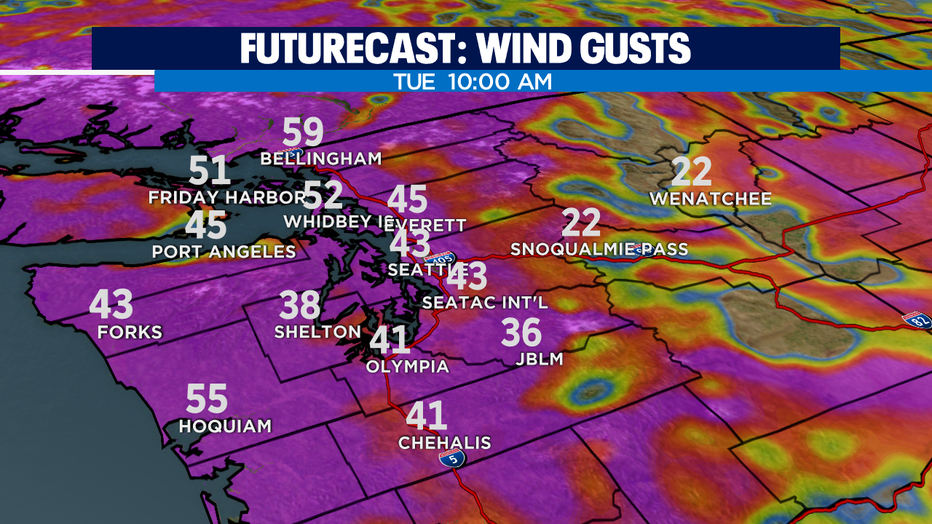 We'll see some dry weather at the end of the week. Friday's showers could end up being only in the mountains/foothills/coast. Saturday looks dry with increasing clouds. 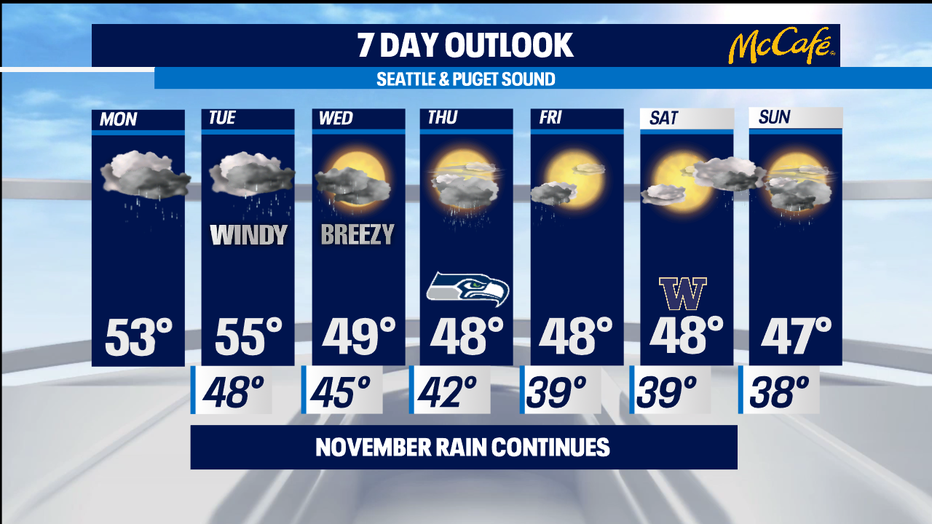 Sunday could be another blustery day around the region. Stay tuned. -Tim Joyce