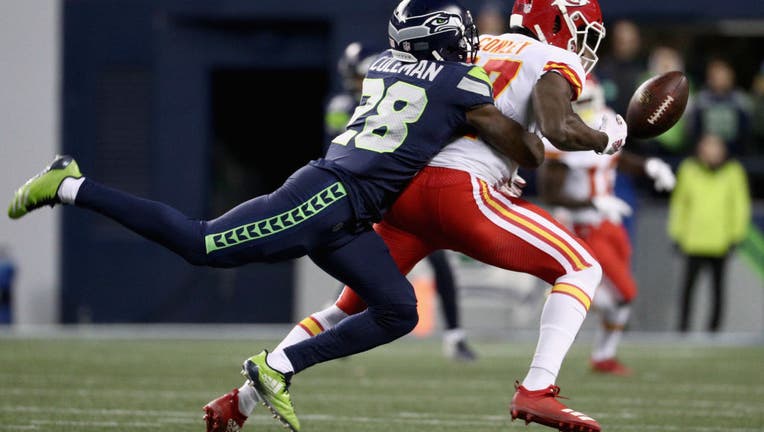 SEATTLE, WA - DECEMBER 23: Chris Conley #17 of the Kansas City Chiefs fumbles the ball as Justin Coleman #28 of the Seattle Seahawks makes the tackle in the final seconds of the second quarter of the game at CenturyLink Field on December 23, 2018 in

The Seattle Seahawks are bringing back cornerback Justin Coleman on a one-year deal, according to Tom Pelissero of the NFL Network.

Coleman, 28, played two seasons for Seattle in 2017-18 before moving on to stop with the Detroit Lions and Miami Dolphins over the last three years.

Coleman thrived in Seattle as a nickel cornerback. He played in all 32 games over his two years with the team, racking up 98 total tackles, 23 passes defended. three interceptions and two sacks. His strong play led to a four-year deal with the Lions when he became an unrestricted free agent following the 2018 season.

Coleman was released after two years with the Lions and spent last year with the Dolphins, where he played in 16 games with 27 tackles, three passes defended, and two interceptions.

The Seattle Seahawks have re-signed cornerback Sidney Jones to a one-year deal worth $3.6 million, according to Mike Garafolo of the NFL Network.