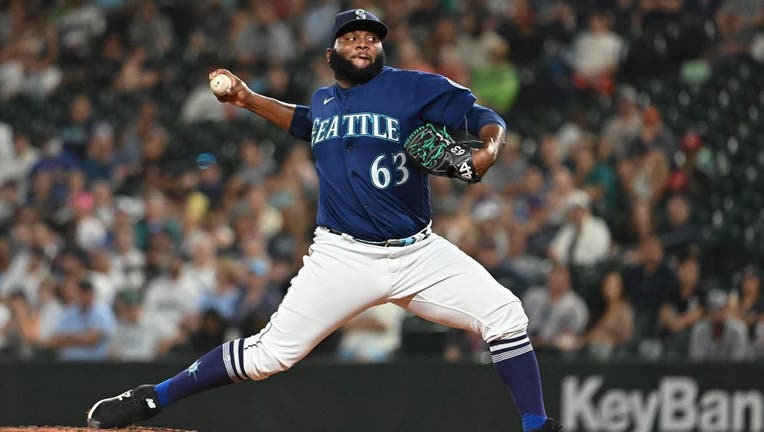 SEATTLE, WASHINGTON - JULY 25: Diego Castillo #63 of the Seattle Mariners throws a pitch during the ninth inning against the Texas Rangers at T-Mobile Park on July 25, 2022 in Seattle, Washington. The Seattle Mariners won 4-3. (Photo by Alika Jenner/

Castillo, 28, had a rough outing in his last appearance against the Texas Rangers on Monday night. He struggled with command and allowed two hits and a run with a walk and a strikeout while recording just a lone out in the effort. Erik Swanson had to come on to finish out the save in a 4-3 win over the Rangers instead.

Brash, 24, had been optioned to Tacoma on Tuesday to free up a roster spot for the return of starter George Kirby to the 26-man roster. Manager Scott Servais said prior to that game that Brash would be back to the roster in quick order.

"I promise you he will be back sooner than you probably anticipate," Servais said.

Brash opened the season with the Mariners as a starter before being optioned to Tacoma and moved to the bullpen. He’s thrown 5 ⅓ innings in relief for Seattle since making the conversion, allowing five hits and two runs with four walks and six strikeouts over five appearances.

Castillo has appeared in 39 games with Seattle this season going 7–1 with a 3.93 ERA with six saves and 36 strikeouts.