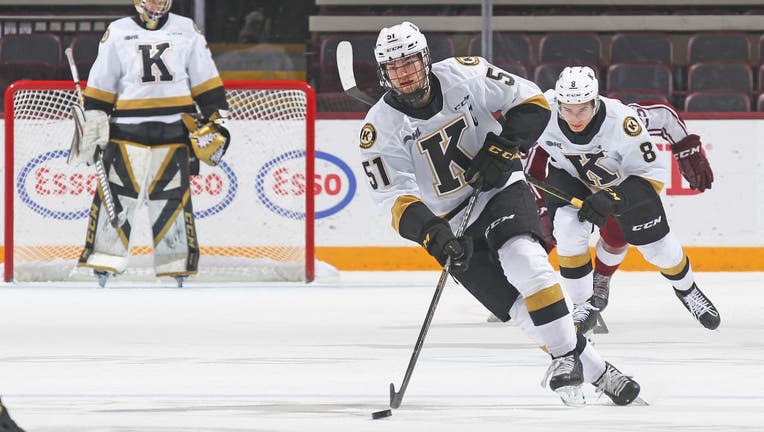 "I think maybe I'll have a little bigger chip on my shoulder for all the teams that passed on me. But like I said, I couldn't be happier to be in Seattle and be a part of the franchise," Wright said in an interview with Sports Radio 93.3 KJR after his selection.

Slovakian winger Juraj Slafkovsky climbed up draft boards due to his standout performance in the Olympics. USA development team center Logan Cooley was also among the forwards in contention for the top pick. Wright, Slafkovsky and Cooley were viewed as players that could easily go in the first three selections before Seattle got on the clock.

Instead, the New Jersey Devils delivered a changeup by taking Slovakian defenseman Simon Nemec with the No. 2 overall pick as Slafkovsky went No. 1 to the Montreal Canadians. That selection ensured that either Cooley or Wright would be on the board when the Kraken went on the clock wit the fourth pick.

The Arizona Coyotes took Cooley with the third selection, which allowed Wright to fall to Seattle.

"I think that Seattle has a lot of potential, really building a lot for of future and I'm really happy to be part of that. I want to win championships. I want to win Stanley Cups and hopefully I can be a big part of that for Seattle," Wright said.

Wright will eventually pair with 2021 first-round No. 2 overall pick Matty Beniers to give the Kraken a pair of highly-skilled young centers as they continue to build they organization.

Seattle still has a need for a right-handed defenseman. Nemec was a player often mocked to Seattle with the presumption that the forwards of Wright, Slafkovsky and Cooley would be the first three players selection. The Kraken may need to chase that in free agency instead with Wright falling into their lap.