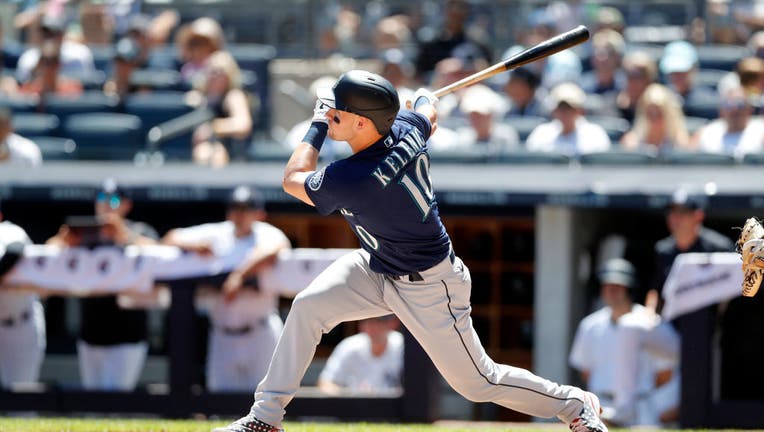 Outfielder Taylor Trammell has been optioned to Tacoma and outfielder/third baseman Jake Lamb has been designated for assignment to clear room on the roster.

Outside an 11-day stint in early August, Kelenic has been down at Triple-A with the Rainiers since mid-May. Kelenic had struggled mightily at the plate in his 32 games played with the Mariners this season, batting just .140 with two doubles, a triple and three home runs in 86 at-bats.

But Kelenic might be finding his offensive groove again down in Tacoma. He's reached base safely in 11 straight games and in 18-of-19 games dating back to August 28. In 15 September games with the Rainiers, Kelenic is batting .350 with 15 runs scored, six doubles, four home runs and 11 RBI with six walks and four stolen bases. In 86 games with Tacoma this season, Kelenic is batting .296 with 58 runs scored, 32 doubles, three triples,18 home runs and 65 RBI.

Even if Kelenic's bat doesn't heat up in the big leagues, he's developed into a strong fielder and is a good runner on the base paths. Given the daily nightmare Jesse Winker can be defensively in the outfield, Kelenic gives Seattle another option in left field while allowing Sam Haggerty to move back to the infield spots.

Torrens was designated for assignment by the Mariners on August 11 and sent to Tacoma after clearing waivers. He appeared in 16 games with the Rainiers, batting .279 with seven runs scored, five doubles, three home runs and 15 RBI.

Torrens is additional depth for the club with Cal Raleigh dealing with a thumb issue and backup Curt Casali nearing an absence from the team for paternity leave.

Trammell has appeared in 41 games with the Mariners this season, batting .208 with 15 runs scored, nine doubles, four home runs, 10 RBI and 13 walks.

Lamb was acquired by the Mariners in a trade with the Los Angeles Dodgers on August 2 in exchange for a player to be named later. The Bishop Blanchet and University of Washington alum was batting .167 with three runs scored, a double, a home run and two RBI in 16 games played for Seattle.