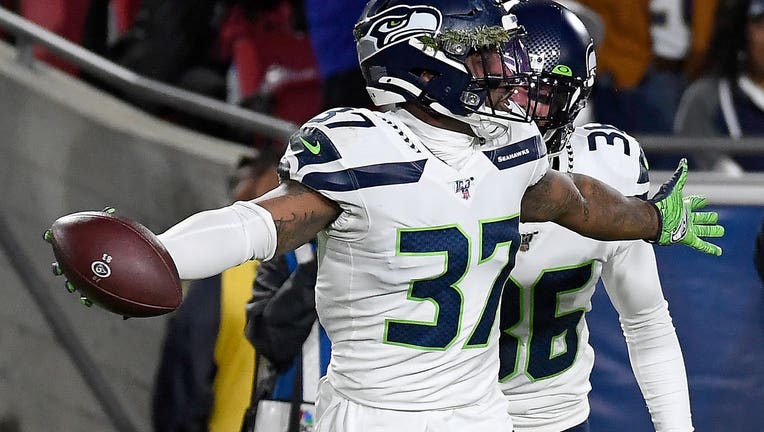 Defensive back Quandre Diggs #37 of the Seattle Seahawks. (Photo by Kevork Djansezian/Getty Images)

SEATTLE - Seahawks Training Camp kicks off in just a few days and Q13 FOX is your exclusive home for all things Seahawks, including interviews you won't see anywhere else heading into training camp.

Q13 FOX Sports reporter, Alyssa Charlston sat down with the safety Quandre Diggs to talk about his relationship with Jamal Adams

Charlston: New number this year, number six from number 37. Any other new exciting things you're bringing into 2021?

Diggs: No, not that I know of you know what I mean, no jinxing me. I think every day has been pretty good so far, so new number same me just taking it back a few years back to college and you know see how that goes.

Charlston: You got here in 2019. You’re already a point man like you're the salesperson, sales man, for the Seattle Seahawks, a lot of people call you, know you — Kerry Hyder, Jamal Adams obviously. What do you sell on the Seahawks when people call you?

Diggs: For me I mean, you wanna win I mean, you want to go to one of the best organizations that’s known for winning, and you know, being here in Seattle, years before me, since Pete has been here, I mean it has been a winning organization, so we like to win, we like to have fun. Plan big-time games, be surrounded by hall of famers and things like that. So I mean it’s a pretty easy sale.

Charlston: Last year you guys had two different takes on defense, you finished really strong. How do you look back at last year and what do you take from that?

Diggs: First of all we got guys healthy. Second of all, we learned and we locked in on the defense the way we were supposed to. I think that’s what’s the dope thing about it, is we finished on a strong note last year, so let’s carry that into the off-season, let’s carry that into pre-season and do it into the season. People that we know and we know how to get on each other, understand that, hey like I can talk to him like that and let him know like ‘hey you get to fix this and I expect them to do the same thing to me.