FEDERAL WAY, Wash. - A family who runs a Federal Way restaurant is hurting after a woman posing as a customer took off with thousands of dollars from their restaurant.

The family has poured everything they have into the Korean eatery, Shabu Shabuya, and were already struggling. They say the theft has been a big blow to them, not just financially, but also mentally.

Soonjin Sun says she is living out her dream of having a restaurant in America, but it hasn’t been easy.

"I'm a hard worker. Too much working every day."

Sun moved from South Korea with her children 12 years ago to give them a better life. Three months ago they opened their restaurant, Shabu Shabuya, a hot pot-style restaurant and bakery.

Sun works 12 hour shifts seven days a week, and after what happened last week, she says that’s still not enough.

RELATED: 'We're all living in fear:' Federal Way community members say they're fed up about crime

Last Wednesday at lunchtime, a woman came into the restaurant and said she was waiting for a friend.

Over the course of about 15 minutes the woman is captured on surveillance video sneaking around to the kitchen area, looking around. Then she makes her move, dashing behind the counter and grabbing the owner’s purse.

In addition to other valuables, the woman made off with the restaurant’s $3,000 cash deposit. 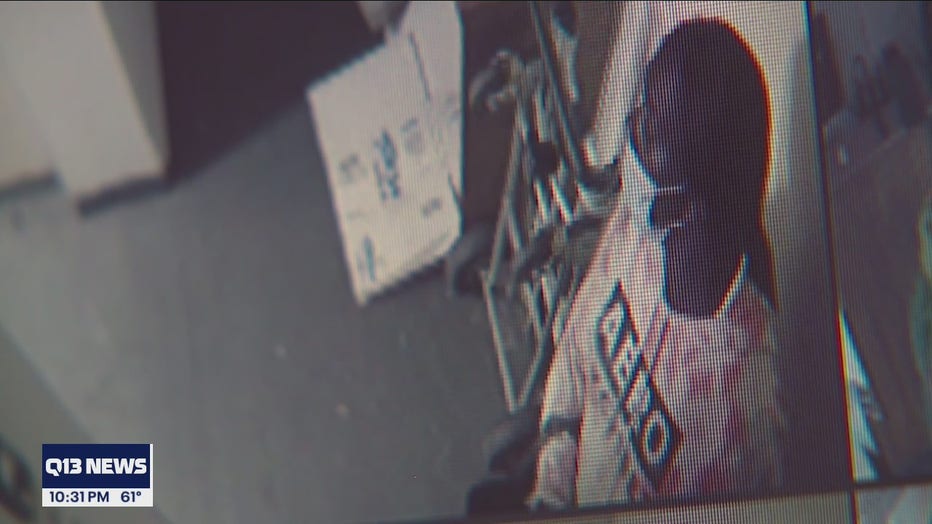 "I cried and cried," says Sun.

She regrets leaving the cash and her purse behind the counter, though it was just for a brief period of time and out of sight. She says she never imagined this would happen.

Family later learned that the same day, the woman went to a neighboring Korean restaurant, where their cameras captured her lurking around. They say she left that business empty-handed.

"We are already having a hard time due to corona. Why would you have to add another hardship to our family?" says Kim.

Federal Way police says within the first three months of this year there were 714 theft cases, which is about the same as this time as last year. Burglary numbers are down compared to last year, but robbery is up 6%.

The theft is particularly difficult, because before opening the restaurant Sun ran a bakery nearby, where on one occasion her purse was stolen, and on a Christmas Eve morning, her car was stolen. They hoped this location would be safer.

RELATED: Tens of thousands in goods stolen from home of Federal Way man who died

"I know how hard my mom had to work for that money and for a person to just so easily, just take that away from her, it’s hard," says Kim.

She says the toughest thing is seeing her mother on edge, feeling like she has to wonder when someone walks in if they are a customer or someone looking to victimize her. They hope the woman is caught before another small business is hit.

If you have any information on who the woman in the surveillance video, please contact Federal Way Police at (253)-835-6700.