Detectives say they have DNA evidence in the killings of a mother and her 4-year-old daughter, but they're still just missing one piece of the puzzle.

BREMERTON, Wash. - Within Kenny Hale’s photo album are little snippets of treasured time every parent cherishes. He wanted to capture every moment with his daughter Adrienne.

But tangled within the memories of pure joy are memories darker than most could ever imagine.

"Normally, I can only make it part ways through the album before I have to close it. This is a nightmare and I want to wake up," said Hale.

"You think of the most horrific act that could happen: somebody coming into your home and killing you and your child ... I don't know if it could get worse," said Detective Marty Garland.

When detectives stepped inside a small duplex tucked into a quiet cul-de-sac in 1986, they quickly realized this was a crime unlike anything the town of Bremerton had ever seen.

"This is a special kind of evil," said Garland.

Inside were the bodies of 27-year-old Nikki Anderson and her 4-year-old daughter Adrienne. 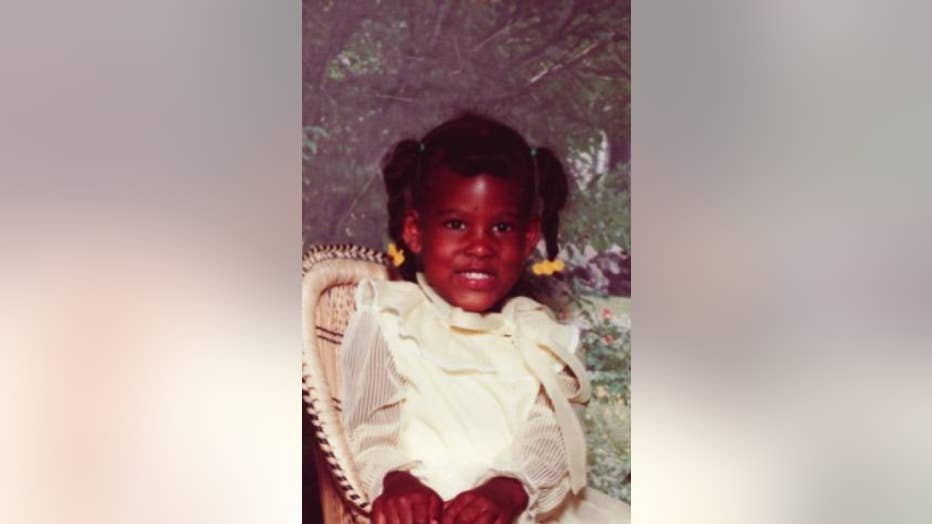 Just a day earlier, Hale was at the duplex with his daughter Adrienne and Anderson, his ex. The exes were dedicated to co-parenting. It wasn’t uncommon for the three of them to spend time together, especially as Anderson and Adrienne were preparing to soon move to San Diego to be with Anderson’s new fiancé.

As Hale went to leave that night, 4-year-old Adrienne asked if she could go home with him.

"I thought about it for a minute and I said, 'No not tonight, babe,' because I hated waking her up early in the morning to bring her back home. As I got in the car and drove off, I remember her looking at me out the window and waving goodbye. I would never thought when she waved at me that would be the last time I saw my daughter alive ... what would've happened if I did let her go home with me that night?"

The next day was Thursday, Jan. 30, 1986. Numerous people came by the duplex looking for Anderson, some even stopping by multiple times throughout the day, including a coworker, a friend of sorts, and a furniture salesman.

But there was only one person who decided to try to open the door, changing the course of their life forever.

"I turned around and walked away, and I thought I heard something," said Hale. He’d shown up to the duplex that night to see his daughter as scheduled. "I listened and I heard some whimpering, so I grabbed the doorknob and it wasn’t locked. I pushed open but I met with resistance, and when I pushed the door open it was pitch black. When I stepped in I stumbled, I tripped and I reached down. As it turns out it was Adrienne’s leg. It was solid. It was like nothing I’d ever felt in my life."

As his eyes adjusted to the dark, Hale could see the body of his little girl Adrienne, and her mother. The sound he’d heard was Anderson’s 8-month-old son she had with her fiancé who lived out of state. Investigators estimate the baby had been in his playpen just feet away from the bodies of his mother and sister for 20 hours. 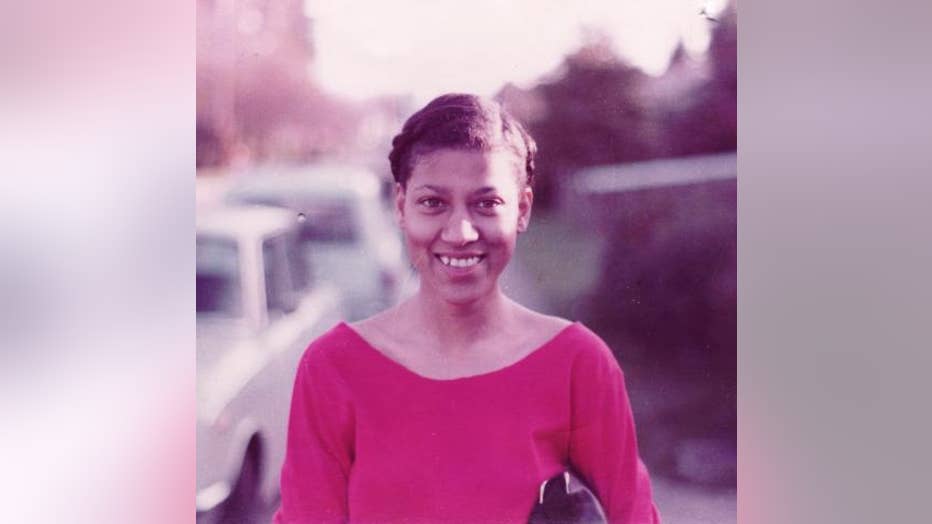 The crime scene showed a violent struggle between Anderson and the assailant. It appeared the killer pinned the curtains together, and strangely removed a cushion from the couch, and put it inside the playpen along with Anderson's infant son. Nothing was stolen; valuables were left in plain sight.

Investigators believe the crime was sexually motivated, with Anderson as the target. Both mother and child had been strangled to death.

For Hale, the last image of his child is one he’d do anything to get out of his mind.

"She suffered, drastically. It was rough; it was very hard."

The discovery, the murders changed everything.

"I was bitter for a while. I cursed God. I was bitter at God and I said she was innocent...how could you let something like this happen to an innocent child?"

His trust in people changed, even some family. His relationship with law enforcement was soured from day one when Hale was questioned by an investigator.

Hale was quickly ruled out as a suspect. Years, then decades went by with no answers. Sometimes Hale would get a call from a new detective saying the case was being reopened, but he had little faith. 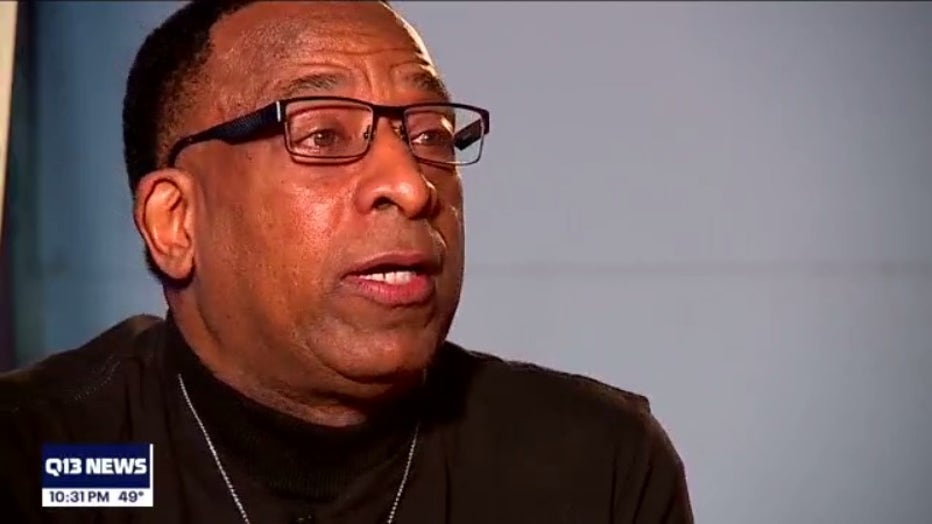 "I just had a different feeling with Marty," Hale said.

"I’m the kind of person who likes a puzzle, and this is kind of the ultimate puzzle right? It’s trying to figure out what no one else has been able to figure out before you," said Garland.

"I could say in essence we've figured out who our bad guy is; we just don't know what his name is," said Garland.

Garland has what every cop wants: DNA believed to belong to the killer. But it’s not that simple.

The sample isn’t complete enough to run in the DNA offender database, CODIS, or to use genetic genealogy to create the suspect’s family tree. Instead, Garland has to directly compare the DNA to samples he collects from persons of interest.

"All we need is a name, so we can get that person’s DNA and do a one-to-one comparison," he said.

Garland has explored many avenues to get that name, even seeing if Anderson’s surviving son, who was just a baby, could undergo hypnosis. He’s looked into known serial killers and collected DNA from all the men close to Anderson. So far, no match.

But Garland said he knows this much: the killer, whoever he is, is diabolical.

"On average for a healthy adult to be strangled to death usually, it takes in excess of four minutes. You think about doing something with that much force, that intimate with somebody. You’ve got four minutes to realize what you’re doing and to stop doing it. Not only did he do this to Anderson, he then did this to this absolutely the purest of pure 4-year-old baby that literally was holding onto her night comforter when she walked into the front room and this is what she’s confronted with."

Despite not having a DNA match, Garland doesn’t believe the killer was a stranger to Anderson.

"If she didn't know you, she wouldn’t open the door for you."

He said it doesn’t appear Anderson was expecting company that night, but when the killer showed up at her door, it seems he was let in willingly.

"It’s this strange mix of it’s not somebody that’s so close to her that it becomes an obvious suspect, but it is someone close enough to her that she put a certain amount of trust in this person and they betrayed it in the most heinous way," said Garland.

Hale often wonders what finally having answers would really be like, how much relief having "justice" might bring him.

"One thing I would want to ask is why? Why my daughter?"

There are no answers that can alleviate Hale's pain, but having some sense of justice would perhaps make it easier to soak in the beautiful memories, without the dark ones lingering.

"I never stop thinking about her, not only her. I think of her mom too. Nikki, she was a beautiful person who didn’t deserve this."

Bremerton Police need your help in getting the name of Nikki and Adrienne’s killers.

Garland said they have the evidence they need; they’re just waiting for the right name. If you have any information, please do the right thing and call Garland at (360)-473-5488.

Crime Stoppers is also offering a reward of up to $1,000 for information that leads to an arrest. Through Crime Stoppers you can remain completely anonymous and submit your tip through the P3 tips app, or call 1-800-222-TIPS.

The case was recently covered on the true-crime podcast, The Scene of the Crime. It's episode 9, "Fallen Angels."

Investigators believe the case is closer than ever to finally being solved. They just need a little help.