SEATTLE - After two nights of gun violence in Seattle’s Central District, mentors from a community organization are calling for the violence to end.

Rick Newell is the Executive Director of Mentoring Urban Students and Teens (MUST). He said Adriel Webb, who was killed in Monday night’s shooting, was one of their students.

“We connected him with Seattle Urban Academy in South Seattle, and he turned it around and he graduated on time which is really hard to do coming from where he was,” said Newell. “He was a scholar, a servant, a peaceful guy. Nine times out of ten if you asked how he was doing he’d say just chilling. He was just a relaxed and fun guy and we’re just going to miss him.”

The shooting on Monday night happened on the 2300 block of Cherry St. at the Arco Gas Station, according to the Seattle Police Department.

On Tuesday night, family and friends gathered for a vigil to honor and remember Webb. It was a few hours later that same night, SPD officers were called again to the area for another shooting that injured two males.

Felix Amenyo and Tyson Billingsley are both MUST Mentors who looked after Webb. They said the teen was always smiling and positive.

“You check all the boxes, you do everything you can to make sure somebody makes it to college and then this happens, and then you ask yourself what more am I supposed to do? Are we even doing enough? It’s disappointing to see someone beat a lot of odds and then lose his life over nothing,” said Amenyo.

“Like Adriel’s mom said, she wants him to live through all of us and that does not mean getting revenge, that does not mean killing each other,” said Billingsley. “Get in them books, graduate high school, go to college, find a trade whatever it is, my guys, just always try to spread positivity throughout the community.”

MUST mentors some of the most vulnerable youth in Seattle. Students who are accepted into the program have a mentor through all four years of high school and then two years after they graduate. 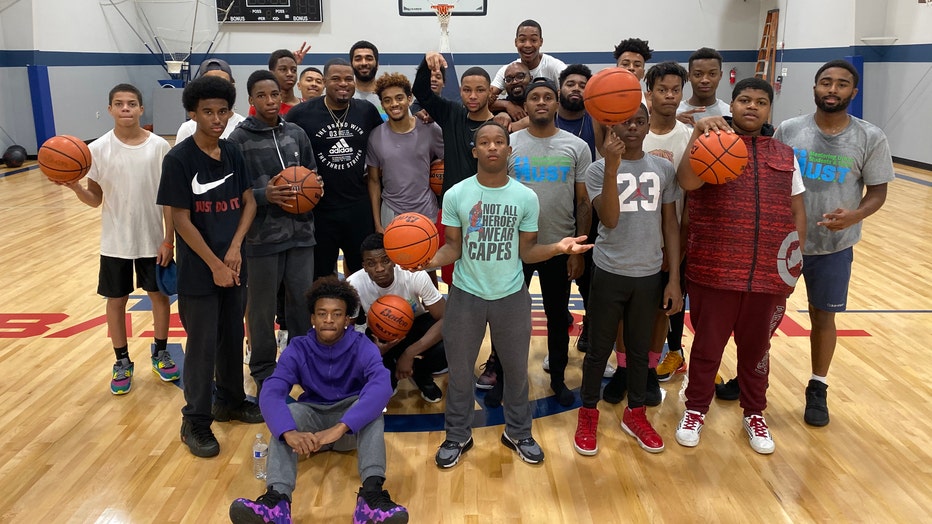 Adriell Webb with students and mentors of Mentoring Urban Students and Teens.