Stolen cars up 150% this year in Pierce County

Data shows on average, there were 30 cars stolen a day in the county during the month of March. 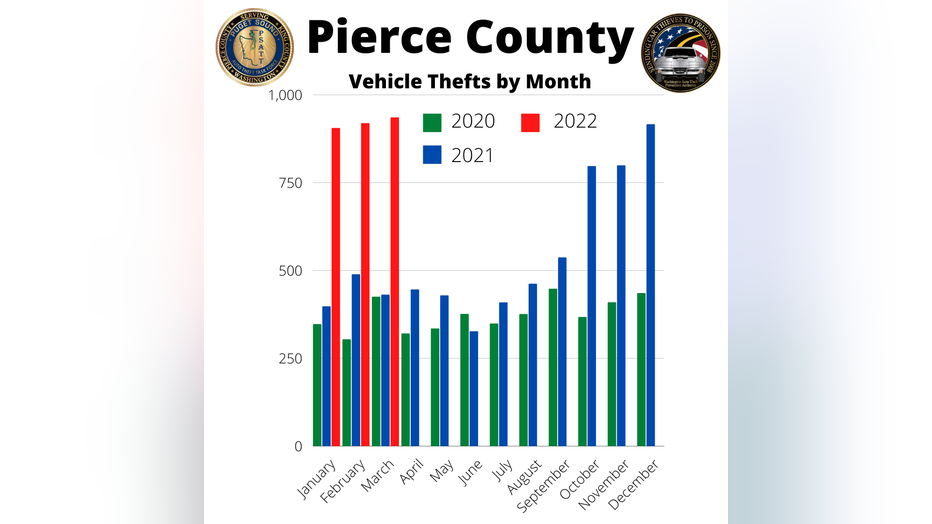 Sergeant Darren Moss, with the Pierce County Sheriff’s Department, says stolen car numbers are up 150% this year, in comparison to the same time period in 2021.

A big reason for the increase in stolen cars is due to the fact that police cannot chase vehicle-theft suspects, Moss said.

However, there may be hope on the horizon.

For the last few months, jail restrictions prevented holding some criminals behind bars due to COVID.

Now, jail restrictions are being lifted that which may prevent repeat car theft offenders.

"Recently, we’ve started booking people for theft of motor vehicle, and the prosecutor’s office is doing their best to charge all the cases that they can, but we’re hoping that this will catchup and we'll start deterring people from stealing cars and hopefully they will be sitting in jail," said Moss.

Vehicle thefts are affecting other parts of Western Washington as well. 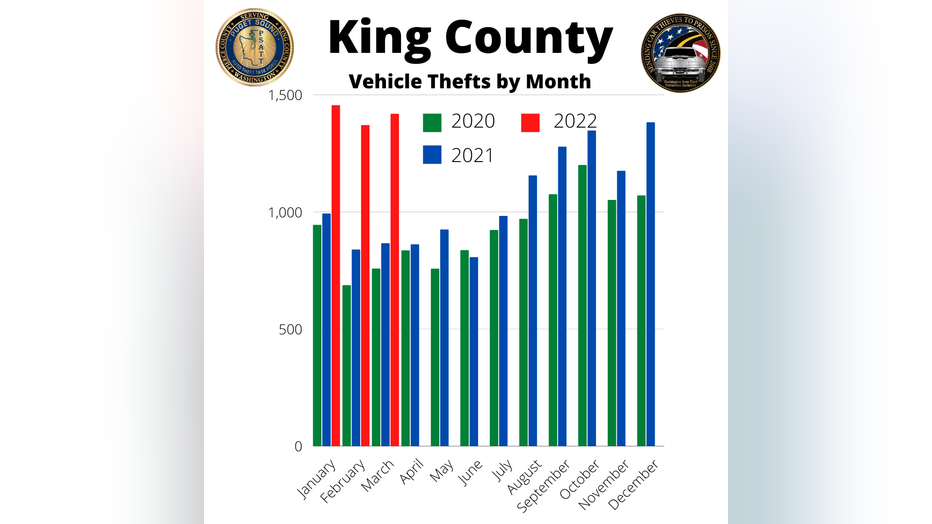 The Puget Sound Auto Task Force says King County saw an average of 45 cars a day in the month of March.