Snoqualmie Pass gets more than a foot of snow

The snow machine dumped on Snoqualmie Pass this weekend, bringing with it more than a foot of snow.

SNOQUALMIE PASS, Wash. - The snow machine dumped on Snoqualmie Pass this weekend, bringing with it more than a foot of snow.

Near the summit, the roads remained icy Saturday afternoon and drivers were taking their time, some getting stuck in the parking lots where heavier snow had fallen. Several drivers stopped to put on tire chains when their wheels started spinning at the pass. 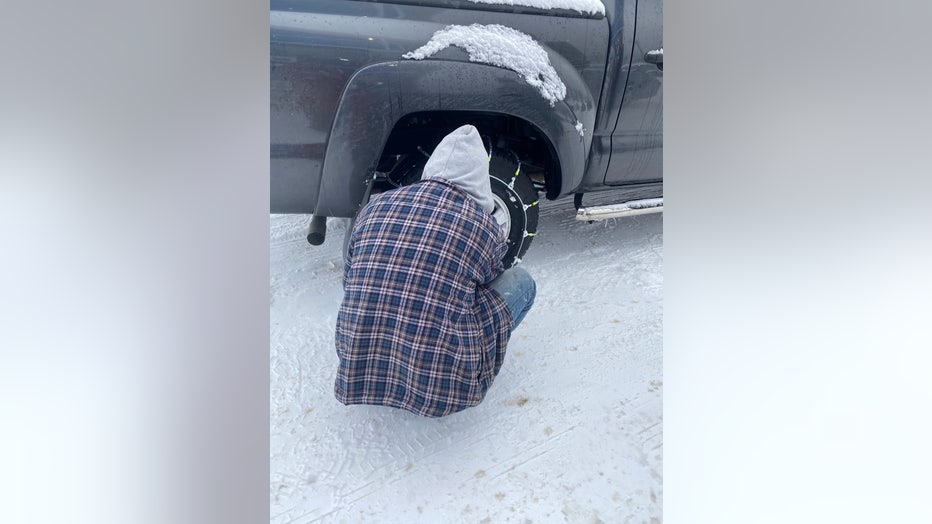 Meantime, hundreds came out to play in the snow and the lots near the ski lifts were packed.

"We are going snowboarding and skiing. For some of us, it’s the first time skiing and snowboarding," said Puyallup resident James Taylor.

"I’m enjoying it. We just came from over in Puyallup where it’s just straight rain," said Zackery Taylor. "I’m going snowboarding for the first time. I’m really looking forward to it."

The Taylor family drove to the summit Friday, staying overnight in order to get a good start on the fun Saturday.

"I’m just excited to see the kids excited to do something other than video games and sit in a room," said Tina Taylor.

"I love it. It’s a lot. I’m not a big cold person, but it’s fun," said Areyana Taylor of Ellensburg.

"It looks pretty good. A lot of fresh snowfall last night so the powder should be nice. Excited to get up there, haven’t been up there in a very long time," said Zack Lee, snowboarder.

Denise Little of Kent and Tracy Reed of Federal Way joked that they were at the pass to "make sure it was safe" to bring the kids up at a later date. Later they revealed that they were making an additional bonus stop at the casino along the way.

"We are here to have fun without our children for now," said Denise. "I have a small grandson and her kids are small. We want to make sure it’s safe to bring them up to play in the snow."

"And then we have to make sure the *casino* on the way home is running properly, you can never be too safe," said Denise.

Vicki Rippe lives near the summit.

"We live here on the Alpental side, and we have just been getting snow, feet after feet. We are trying to keep up with it, but it’s not easy," said Vicki.

The snow topper on her car was a good indication of how much snow had fallen Saturday at her house. 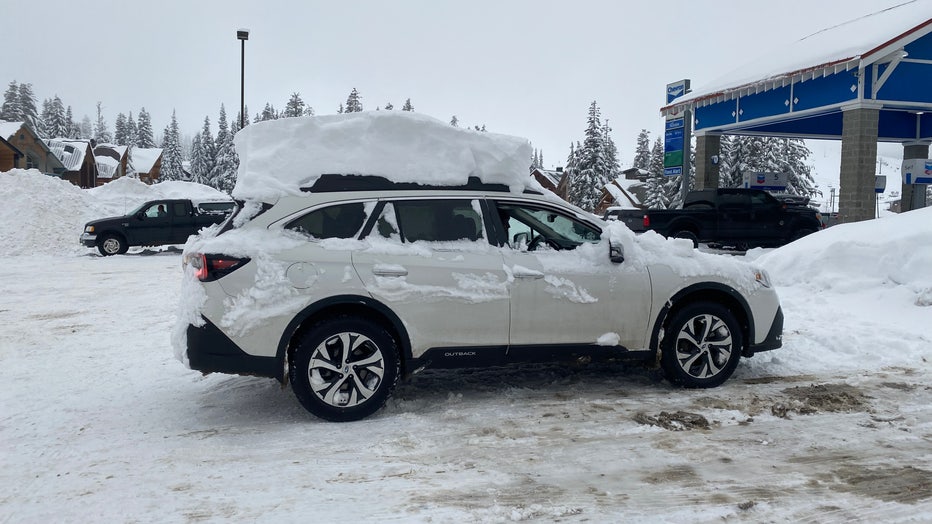 "I didn’t have the chance yet to get the rooftop cleaned off," she said. "It was cleared off overnight and this was just overnight until noon today.

After a pancake breakfast at the summit, Brian Bickel of Sammamish helped to fetch a shovel for a driver that got stuck.

"Saw someone stuck at the bottom of the hill, so you have to dig them out, my dad had a shovel so good to go," said Brian.

For drivers considering making the trip to the summit, Tina Taylor says know before you go.

"I looked at the WSDOT cameras, and it makes me a little nervous because you see some of the accidents, but we have two 4x4 trucks, so we feel pretty confident if we took it slow. But, our advice would be if you don’t have a 4 x4 all wheel, maybe stay away," said Tina.

The Washington State Department of Transportation says it's always a good idea to check out road conditions before you head out in the passes.