SEATTLE - The president of the Washington State Fraternal Order of Police said Tuesday that "enough is enough" as Seattle struggles with its lowest police staffing in 30 years.

Marco Monteblanco said he believes officers are retiring and resigning at higher rates because the profession has been demonized in recent years.

On "Fox & Friends First" Tuesday, Monteblanco pointed to Seattle’s history of defunding police and continued lack of support from media and local officials for an underappreciated police force.

"They're frustrated, and they're leaving their departments in droves," Monteblanco told hosts Carley Shimkus and Todd Piro. 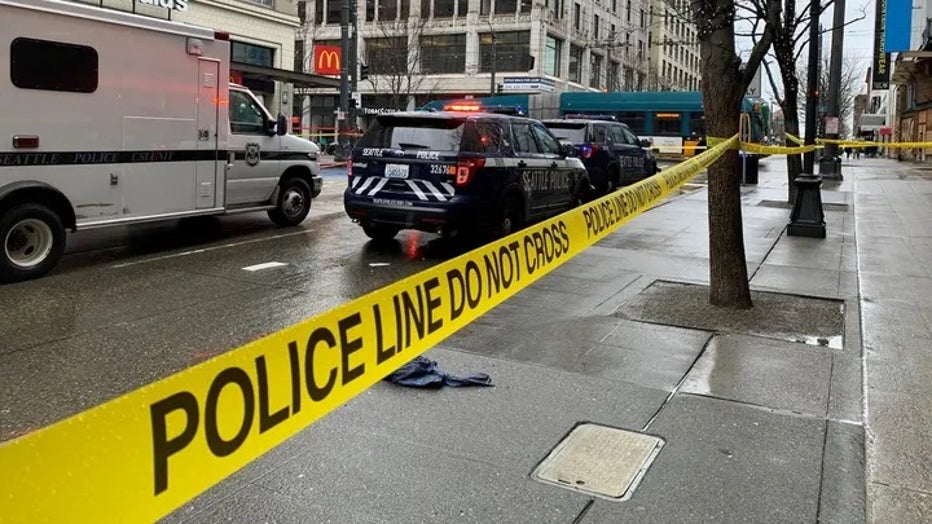 Violent crimes in Seattle have surged since the government defunded the police two years ago. (Seattle Police Department)

The strain on police is a nationwide issue, with more than 1,000 New York City police officers filing to leave the department in 2022. Some of those officers retire before their full pensions take effect.

"What are we doing?" Monteblanco asked. "When officers are not on the road, inherently crime rates go up."

He acknowledged that a majority of people in the Seattle community support the police and are against defunding, but such policies continue to alienate officers.

He warned that crime will continue to skyrocket in Seattle as more officers are set to retire than are being hired.

While Monteblanco conceded that politicians are beginning to realize the negative impact of their soft-on-crime policies, he emphasized the need for more resources for public safety.

"We need support," he pleaded to the public.

"Right now it’s time to act," he said. "We need citizens to contact their local officials. Demand that they provide tools and resources to the brave men and women who risk their lives on a daily basis on behalf of the citizens of their communities."