The top three finalists are: 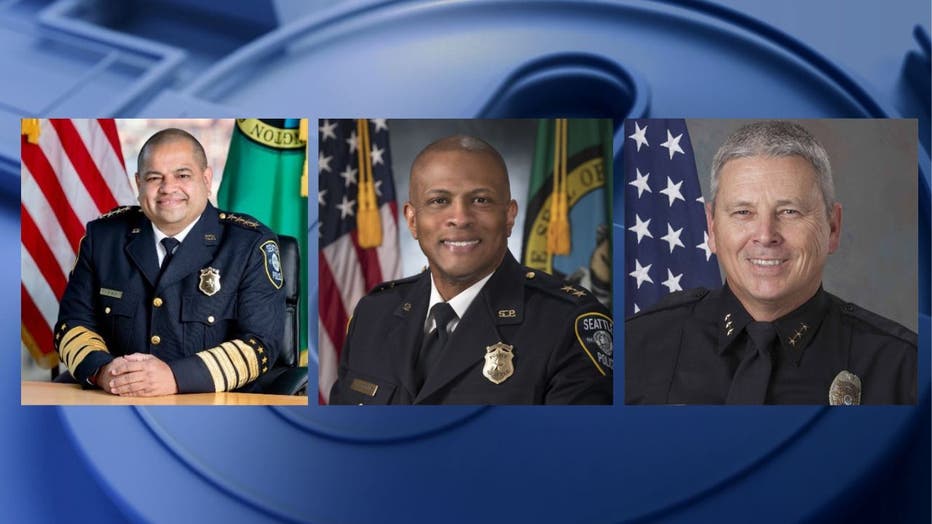 The mayor will select the finalist and the city council will need to approve it.

The search process for a permanent chief of police began in April with the hiring of an independent third-party firm to assist in identifying candidates nationwide for the position.

The city asked for feedback from residents on what they were looking for in a police chief and held public commentary meetings on the matter.

Fifteen candidates applied for the Chief position. After conducting interviews, the search committee narrowed the group down.

The three candidates will have to go through a series of interviews. Community members can submit questions for the candidates to address here.

Learn more about each candidate here.

After months of tenuous debate, the Seattle City Council voted 7-3 to approve a slate in hiring and retention incentives for the Seattle Police Department.