A group of local researchers are concerned about dabbing, fearing that in five to 10 years from now, we will see noticeable negative effects on not just physical, but mental health.

SEATTLE - A group of local researchers are concerned about dabbing, fearing that in five to 10 years from now, people who use the highly concentrated form of marijuana will see significant negative effects on physical and mental health.

Using bud has had the green light for nearly a decade in Washington State. In those years, we have learned a lot about the health benefits of using marijuana. However, researchers like Beatriz Carlini with the University of Washington Addiction, Drug, Alcohol Institute are warning against the damage using certain marijuana products can have on one's mental health. 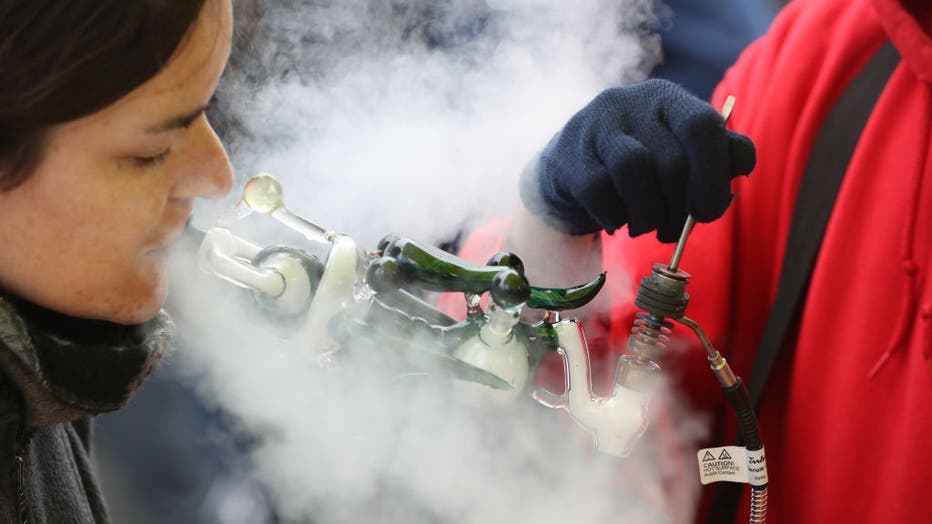 TORONTO, ON- APRIL 20 - In the centre of the square, people could buy dabs for five dollars. A dab is a dose of concentrate, usually oil, that is heated on a hot surface, usually a nail, and then inhaled. A week ago the federal government announced t

"Cannabis legalization brought jobs, less criminalizing of people that have different behaviors and brought the lowest taxes to our state," Carlini said.

Bud, joints, gummies, vapes and extracts are being sold everywhere. Carlini's recent focus has been on dabs or highly concentrated wax extracted from the plant.

"I felt frankly betrayed on my enthusiasm for legalization," Carlini said. "They don't resemble a plant they are just gooey."

For those who have not heard of dabs, they are a honey-like substance with 60 to 90 percent THC concentrate, which makes up 34% of our market, according to Carlini. The demand for dabs has increased dramatically since 2014 when they made up only 7% of the products in the market. 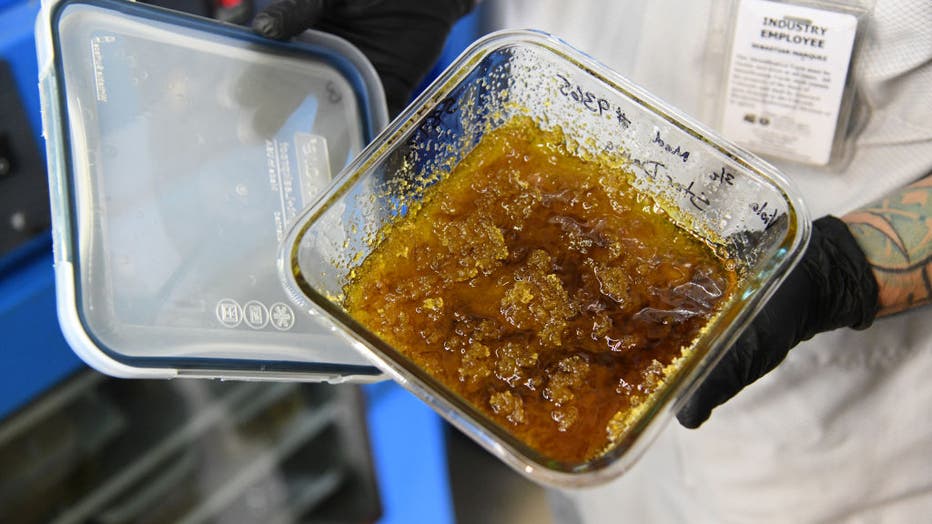 "Why are we having products that can go as high as 90% if we don't even allow this for alcohol," Carlini said. "For these particularly very potent products, the concerns are mostly into becoming psychotic or schizophrenic for life," Carlini said.

The researcher is aware of the relief some people suffering from anxiety, depression and or panic attacks get from the marijuana flower itself.

30-year-old Maddy is one of them, and has smoked dabs before.

"It's quite effective, but I know that the research isn't all there in terms of what inhaling the oil does to your lungs," Maddy said.

As Carlini is trying to put out the torch, saying that raising the legal age to purchase dab oil to 25, after the brain is fully developed, is one option. Another is to place a higher tax on it for its potency.

Those who dab, like Matthew Vallejo, say it is all about personal responsibility.

The 29-year-old has been dabbing on and off since college and says he has not felt any adverse effects.

"As they say, the poison is on the dose right," Carlini said.

Carlini and her team will be releasing the results of their study to Washington State legislators at the end of the year, giving them their recommendations on what to do when describing the effects of these products.

FOX 13 reached out to the Washington CannaBusiness Association regarding researchers concerns. Vicki Chstophersen, executive director of the organization sent us this statement:

"The Washington CannaBusiness Association's top priority is a safe and quality-controlled marketplace that works to keep products away from kids. We are well-versed on the safety measures, testing and vetting that takes place specific to products and operators in the regulated market. We support transparency and consistent regulation, not prohibition, to help protect public health and safety. A few years ago, a crisis caused by vapor-related products highlighted how unregulated, illegal products, for which there is no information as to source, content, or potency, should be of concern to regulators and lawmakers alike. A return to prohibition policies is a threat to an open, transparent sector and inadvertently supports the illicit market which operates in the dark."