Crews are cleaning up after a Walgreens entrance was damaged.

SEATTLE - Seattle police are asking the public’s help in identifying a group of thieves who they say have been targeting businesses and stealing cash from ATMs.

The most recent case happened Thursday morning in the Columbia City neighborhood. At about 2 a.m., a group smashed a pickup truck through the entrance of a Walgreens near Rainier Avenue South and South Genesee Street. The suspects rammed an ATM machine and stole the cash inside, investigators said. 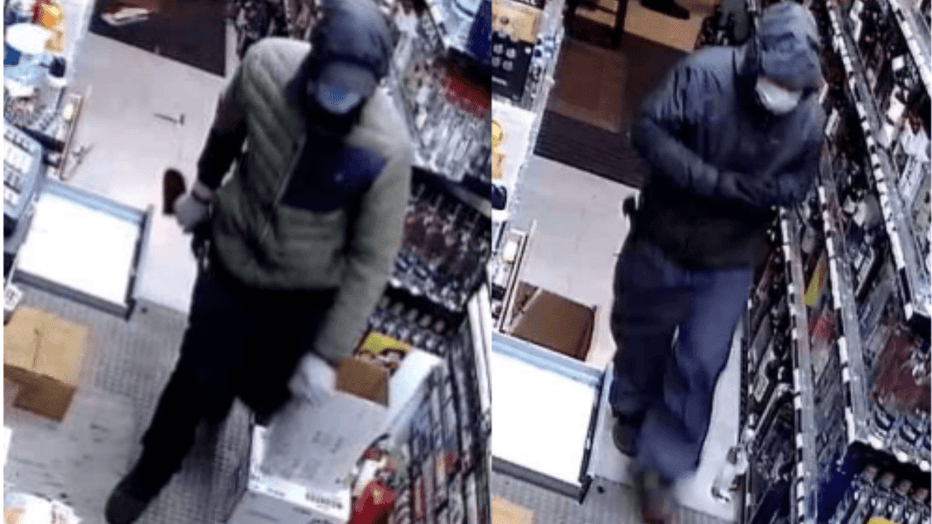 Seattle police said there are at least a half-dozen cases and the following are some of the cases:

January: A group was suspected of targeting a business in the 100 block of Nickerson Street and the 800 block of Northwest 85th Street. At this location, the ATMs were damaged, cash was stolen, along with cigarettes and change from the business.

February 20: According to investigators, a group rammed a truck through the doors of a grocery store in the 7200 block of Greenwood Avenue and used a forklift to remove an ATM.

Cleanup efforts are underway after two suspects backed a truck into a Renton Walgreens entrance on Friday morning.

Surveillance cameras at the business captured images of the suspects. They are described as wearing hoods, masks and gloves during the break-ins.

Within the last week, the entrances of a Walgreens in Renton and Tacoma were damaged after suspects rammed a truck into the storefront and broke into the ATMs.

Tacoma police are investigating after suspects rammed a truck into the entrance of a Walgreens and broke into an ATM on Monday morning.

It’s unknown if the Renton, Tacoma and Seattle cases are related.

Police are asking businesses to make sure their ATMs are located in a secure location.

Detectives said the suspects appear to be targeting businesses where the ATMs are located at or near the front entrances.

Anyone with information about the cases or recognizes the suspects is asked to email spd_giu@seattle.gov or call the General Investigations Unit at 206 684-8940.