Neighbors and businesses call for crackdown on crime in Tacoma

More than a dozen people and businesses, located in the Hilltop neighborhood, drafted a letter and sent it to city leaders regarding concerns with crime.

According to Tacoma Police numbers, the section of the city where the Hilltop neighborhood is located is seeing an increase in crime. 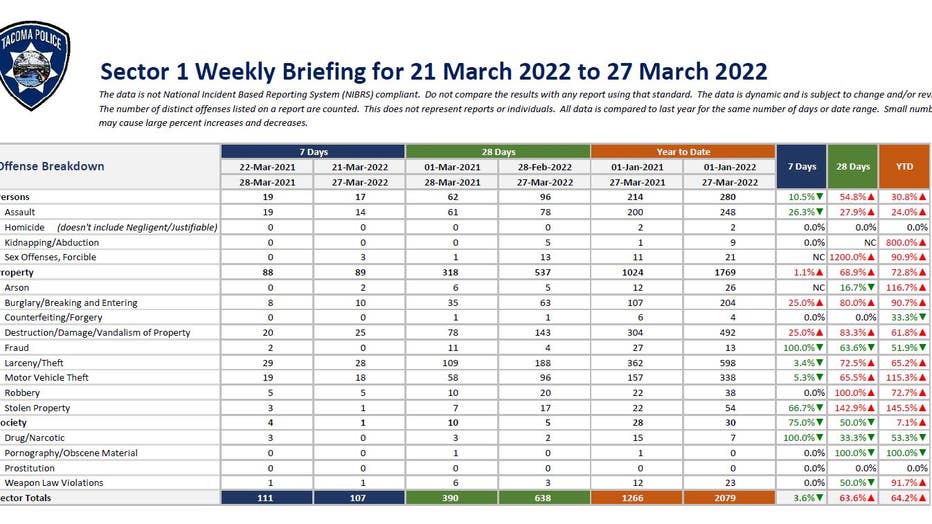 The letter penned by residents and business owners calls for the city to intervene and address the rising number of crimes, specifically in their neighborhood.

"I’d really like my neighbors to be able to have an uninterrupted night of sleep, and not worry about raising their children around gunfire. That is my hope," said Christian Kelley.

Kelley lives on South M Street in Tacoma. He says in the last few months, he and his neighbors have dealt with the constant concern for their safety.

"What really, really upset us was end of November, beginning of December, we started having gunshots, you know, weapons displayed, open air drug market, and you know, we’re a family neighborhood," he said.

Kelley and his neighbors say a lot of the crimes they are seeing are happening at a nearby homeless encampment.

"I walked to Safeway to get something for dinner. On the way to Safeway, I saw a drug deal go down, and on the way back I saw a guy brandishing a pistol," said Kelley.

Within the letter, drafted by Kelley and several other members of the community, they are calling for 24/7 patrol car monitoring, sidewalk repair, and additional lighting.

The letter was sent to the Tacoma Police Chief, the mayor, the city manager, and members of council, as well as several Pierce County officials.

People in Tacoma are fed up with crime, and many showed up in force Tuesday night to tell city leaders in person.