Tacoma, Washington residents are voicing their concerns and demanding action after a spike in crime. Arson, robbery, stolen property and sex offense cases are all up.

TACOMA, Wash. - People in Tacoma are fed up with crime, and many showed up in force Tuesday night to tell city leaders in person.

They want more to be done to keep the drugs and violence out of their neighborhoods.

Tacoma Police’s latest report shows a demonstrable increase in shootings and robberies in the city.

In just the last month, reported assaults and sex offenses are up significantly. But, several crimes are up across the board; arsons are up 130%, robbery 163% and stolen property nearly 90%. 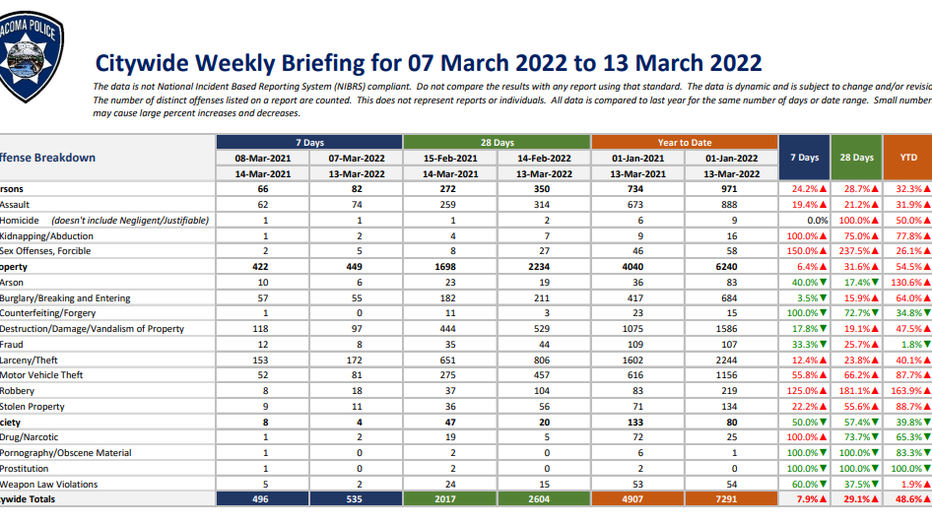 Chart of crime statistics in Tacoma (City of Tacoma).

It has left many people living and working here—especially small business owners—fed up with the crime, and they let the mayor and the city council know it.

"We have been trying to get your attention for 18 months. South Tacoma is a hellhole," said Michael Johnson, a Tacoma business owner, during Tuesday’s city council meeting. "In the last week, there has been so much violence, so much—I can’t even express to you how bad it is down there. It is Dodge City. It is open season on the business owners and on the citizens down there." 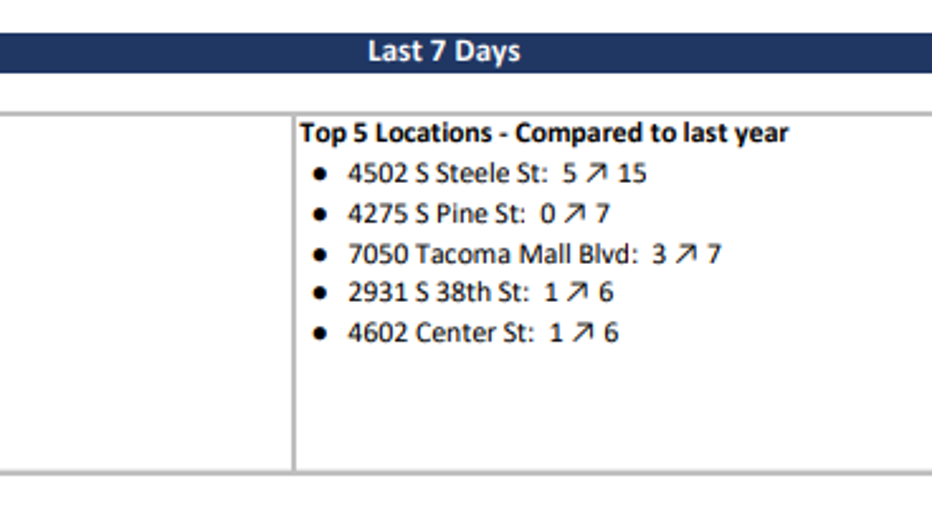 "The fear is there, and we want to see what our options are. Like, right now, we just feel like we’re alone, and also, it’s been told from some of our deputies with our local businesses, just to provide your own safety—A.K.A. guns." testified Brooke Bernard, "Like, I do hair. I don’t want to have to shoot somebody."

Crimes have become more frequent in parking lots, city streets and businesses. Just last weekend, an employee of a Tacoma pot shop was shot and killed during a robbery.

Some business owners plan to meet with the Pierce County sheriff to discuss solutions to curb the crime.