Ivar's Salmon House is considered a community staple, and the company is now eyeing a reopening by June 1.

SEATTLE - Some restaurants are ramping back up for reopening soon after Washington state enters Phase 3 next week.

Ivar’s Salmon House is a full-service restaurant on the north end of South Lake Union in Seattle.

It’s a staple that’s been part of the community for more than half a century.

"It’s very special. There’s so much history here. We have a 52-year legacy here at the Salmon House," said Michelle Deide, the general manager.

The company temporarily closed the restaurant back in September. Gov. Jay Inslee banned indoor dining in the state for a second time in November.

"It definitely was a very difficult thing," Deide said. "We were able to talk to staff prior to that. Everyone was aware. Everyone stuck with us to the very last day, and showed up and helped us put everything to bed. We kept it pretty packaged and tidy with hopes of getting it fired back up." 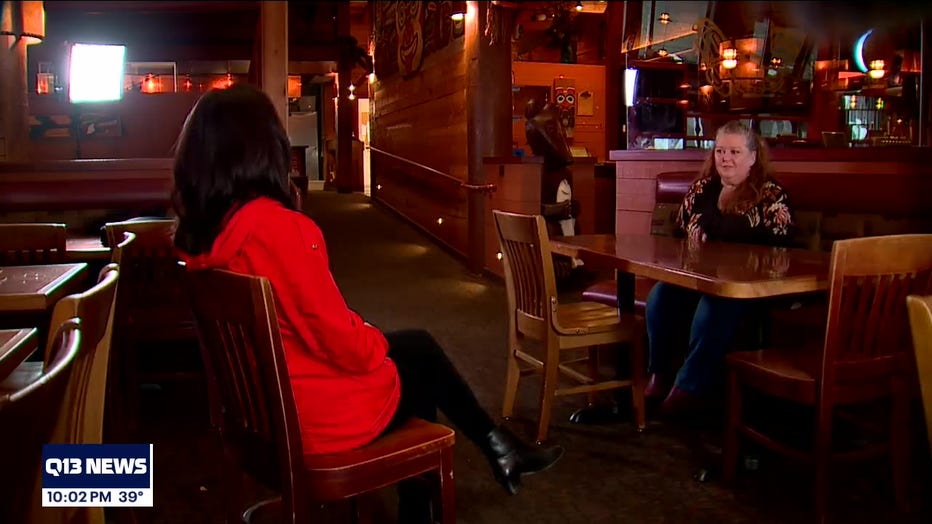 Deide is a 15-year veteran of the company, and was the first one to get hired back as the general manager of the restaurant.

The restaurant is large and has the capacity to serve 700 guests. Just as it was a process to close the restaurant down back in the fall, it’s going to be a process to open it back up for service. Not to mention, there are certain health and safety protocols that need to be met during a pandemic.

Deide said the restaurant will be deep cleaned, the menu will be sharpened and the kitchen will be stocked back up with equipment and product.

One of the biggest hurdles of launching a restaurant is getting fully staffed and trained.

Deide said many of the veteran staff members will be coming back, which will make it easier.

"She wanted a headcount of who was interested in coming back. I raised my hand. I was pretty excited at the prospect of it," said David Plummer, former Salmon House employee. "Part of working in that industry was working with a community of people I cared for and came to be friends with, so to have that taken away during the pandemic wasn’t the best feeling, so yeah I’m fairly excited."

While the pandemic has forever changed the restaurant industry, Deide believes its purpose in serving others and connecting people will stand the test of time.

"I’ve really missed that, and I think that’s what I’m looking forward to the most, is that look on those people’s faces and to see the excitement in our guest’s eyes that we’re going to be here for them for their next family celebration," said Deide.

Ivar’s Salmon House is planning a reopening at 50 percent capacity by June 1.