The WSDOT worker is recovering from his injuries after a woman in a separate vehicle hit him while he was parked on the side of I-405 near Bothell, responding to a previous crash. The driver that hit the WSDOT worker is now being investigated for impaired driving.

Thankfully, the IRT driver and the driver of the vehicle that caused the crash were not seriously injured.

However, the incident is a reminder to drive sober and move over for emergency vehicles or roadwork crews.

According to WSDOT, this is the 3rd time the IRT worker has been involved in a collision since 2016. This time around, he was responding to a previous collision when he was hit by a woman driving a van.

WSDOT says collisions like this happen a few times every year and that is one too  many.

"When one of our team members is involved in an incident like this that could have been prevented, you know, it's tough, it's even worse when that person is hurt," said Bart Treece of WSDOT.

Treece says it also impacts other workers who have to continue to be out there doing their job while knowing a team member is receiving medical care.

According to Washington State Patrol, the woman who caused the crash ran through cones placed to close a lane for a previous crash and hit the truck.

WSP said the driver is under investigation for suspected impairment.

"[He was] just doing his job trying to help people stay safe on the highway. Not sure how else to say it. If you're going to operate a vehicle, be sober, be alert, be focused," WSDOT tweeted.

It's the law to move over, or slow down if you can't, on Washington roads when there is an emergency vehicle or construction vehicle pulled over on the shoulder or in a lane.

Trooper Rick Johnson says he's been hit a couple of times while parked on the highway with his lights on.

He says being on the shoulder is dangerous but if you end up there Johnson says the safest place to be is stay inside and call for help.

"We really encourage people if they are disabled to stay in their vehicles," Trooper Johnson said. 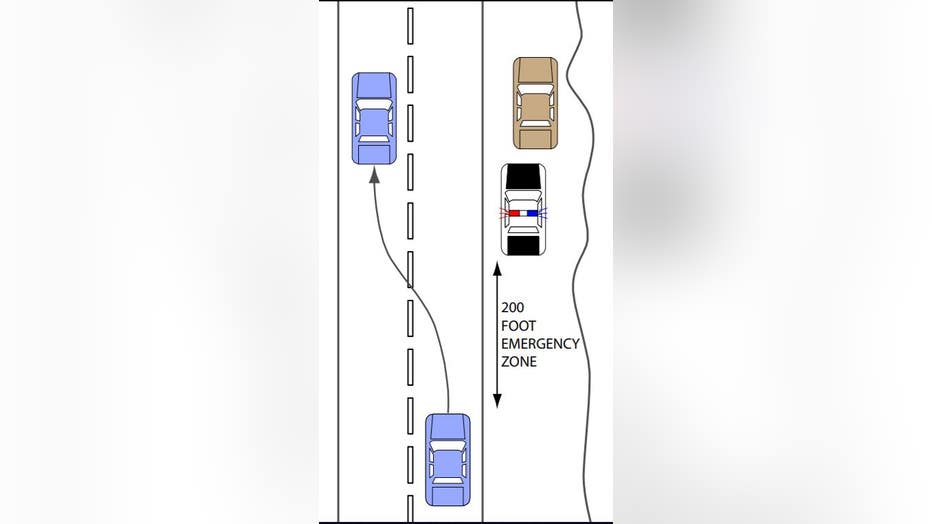 The original Move Over Law was passed in 2007 in an effort to protect emergency workers who were stopped on the highways conducting their business, according to WSP. Since 2007, the number of collisions involving emergency vehicles and workers has increased instead of decreasing, WSP reported.

In 2010, legislation was submitted and passed to amend the old law to include an "Emergency Zone," which is a space of at least 200 feet behind emergency or construction vehicles stopped on the roadway.

Read more on the Washington Move Over Law here.