SEATAC, Wash. - Air travel in the United States improved Monday after a rocky weekend that left thousands of flyers stranded by thunderstorms in Florida, technology problems at the busiest domestic airline and labor problems at another carrier.

Alaska Airlines, the fifth-largest U.S. carrier, canceled about 40 flights or 5% of its schedule Monday.

Alaska provided the following statement to FOX 13 News on Monday:

"Alaska Airlines continues to experience flight cancellations today, April 4.
As of 9 a.m. Pacific this morning, we have canceled 40 flights, impacting nearly 6,000 of our guests. Additional cancellations are possible.
We continue to appreciate the patience of our guests. We apologize for the inconvenience and frustration we have caused because so many travel plans have been disrupted. We keep working hard to get everyone to their destinations as quickly as we can. Check your flight status here."

Over the weekend, the airline seemed to blame the pilots’ union. Off-duty pilots have picketed at airports and an investor conference by the Seattle-based airline to protest the slow pace of contract negotiations over the past three years.

On Friday, Alaska canceled 120 flights impacting about 12,000 travelers, and the delays continued into the weekend. 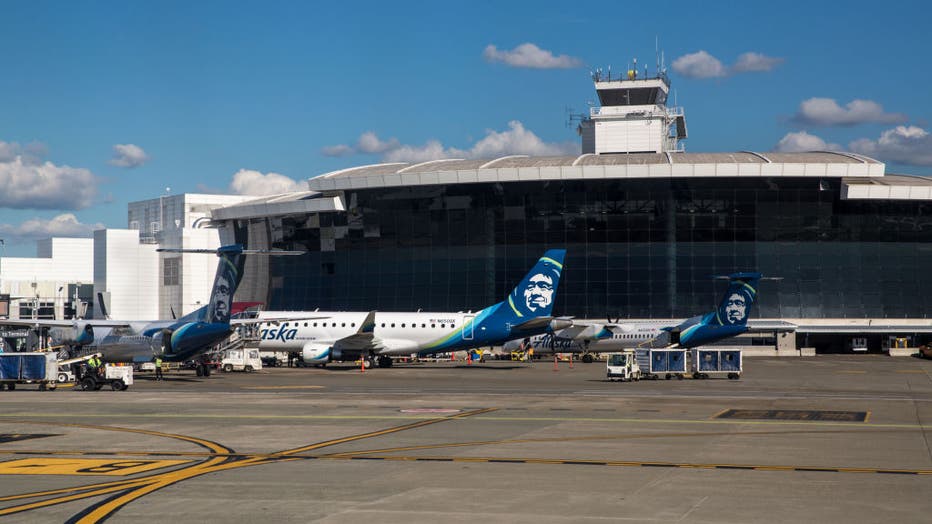 However, airlines that do much of their flying in Florida were still struggling Monday, especially Spirit Airlines.

And airlines were bracing for another round of storms that were forecast to hit the Dallas area — home to American and Southwest — Monday night.

Airlines scrubbed about 650 U.S. flights by midafternoon Monday, according to tracking service FlightAware.com. That followed the cancellation of more than 3,500 flights — about one in every 13 — over the weekend.

Thunderstorms led the Federal Aviation Administration to limit flights over much of Florida and briefly halt flights at several airports in the state on Saturday. That caused ripple effects across the country for the rest of the weekend, and some travelers reported having to wait before they could be put on another flight.

"It’s spring-break season, so unfortunately there is no worse place to have bad weather than Florida right now," Henry Harteveldt, a travel-industry analyst for Atmosphere Research, said Monday. "The airlines are scrambling to get people where they want to go, they’re working to get planes to and from Florida. It’s going to take a couple days."

FBI offering $10K for information on laser sightings near Sea-Tac

The FBI’s Seattle Field Office is offering a $10,000 reward for any information that leads to the arrest of the person(s) responsible for pointing lasers at airplanes near Sea-Tac International Airport.

Spirit did not immediately respond to a request for comment.

Southwest Airlines, which operates more domestic flights than any airline, was doing much better on Monday — about 60 cancellations, 1% of its schedule, after scrubbing more than 900 flights, or about 13% of its total, Saturday and Sunday. The airline also suffered what it called intermittent technology problems over the weekend.

Southwest’s unusual point-to-point route map means that many of its planes stop in Florida at some point during a normal day. By contrast, American, Delta and United run so-called hub-and-spoke networks in which flights radiate outward from a few key airports. That keeps planes in one part of the country insulated from bad weather in other places.