Another hour of sunshine in the evening sounds great, but a permanent switch to Daylight Saving Time also has a downside - especially for Washingtonians in the winter - with sunrise near 9:00 a.m. on Jan. 1.

Americans are one step closer to never having to "fall back" or "spring forward" with resetting their clocks after the U.S. Senate approved a measure that would make daylight saving time permanent.

Senators on Tuesday unanimously voted for the Sunshine Protection Act, or S.623, supported by Washington Sen. Patty Murray. The proposed bill will now move to the House. If House members approve, it would then go to President Joe Biden’s desk to be signed into law.

"I’ve said it before and I’ll say it again: Americans want more sunshine and less depression — people in this country, all the way from Seattle to Miami, want the Sunshine Protection Act," Murray of Washington said. 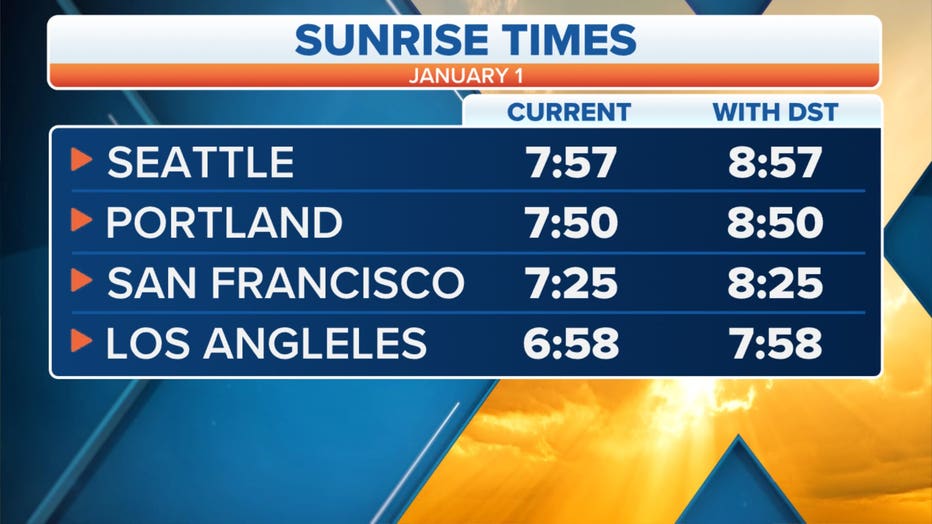 But it could be worse. Alaska, which also switches the clock twice a year, currently sees the sun for only about 5-6 hours a day. The permanent change for Anchorage on Jan. 1 would mean an 11:13 a.m. sunrise and a 4:53 p.m. sunset.

On the flip side, the permanent switch would mean Seattle would continue to have about sunlight from from 5:15 a.m. to 9:10 p.m. around July 1.

Do you want to see Daylight Saving Time become permanent in the US?

What is Daylight Saving Time?

According to the U.S. Department of Commerce, daylight saving time, or DST, started in the U.S. in 1918 as a way to create more sunlit hours when the weather is the warmest.

During the long days of summer, the sun rose in some northern regions between 4 and 5 a.m., when most non-farmers were asleep. Sunset happened before 8 p.m. and people turned on lights. By moving the clocks ahead an hour, backers believed the country could divert a bit of coal-fired electricity to the military instead of using it for an hour of home power. It was again adopted in World War II. 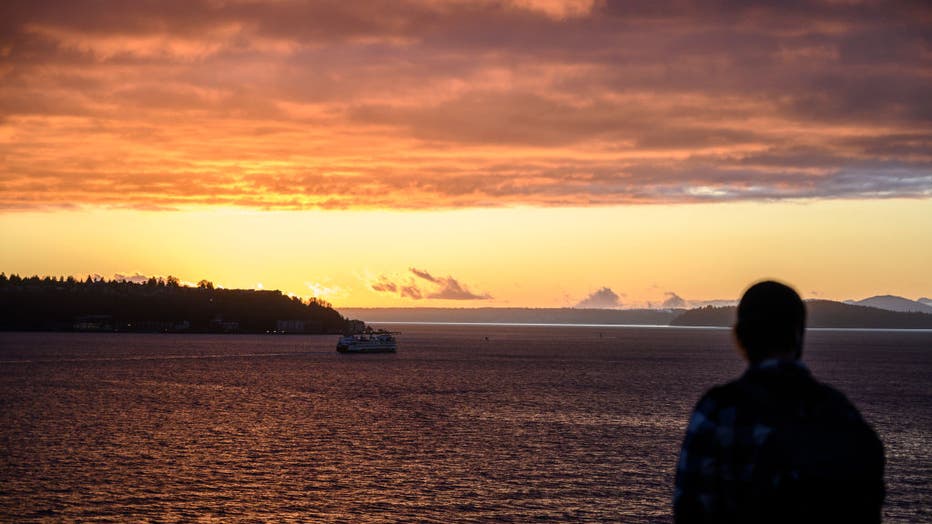 After each war, Congress rescinded the national laws, but many people liked the extra hour of sunshine at the end of summer days, so some states and even cities observed daylight saving time while others kept standard time year-round. That meant driving relatively short distances could result in a time change or three.

By 1966, airlines and other clock-watching businesses tired of such quirks and pushed Congress to pass the Uniform Time Act. It codified daylight saving time, although it has been periodically modified, particularly the start and end dates. The only states not observing daylight time are Hawaii and Arizona, except for the latter’s Navajo reservations, which do.

Where is Daylight Saving Time not observed?

DST is not observed in Hawaii, American Samoa, Guam, Puerto Rico, the Virgin Islands and the state of Arizona (with the exception of the Navajo Indian Reservation).

What do Americans think of the time change?

A poll conducted last October shows that most Americans want to avoid switching between daylight saving and standard time, though there is no consensus behind which should be used all year.

The poll from The Associated Press-NORC Center for Public Affairs Research found only 25% of Americans said they preferred to switch back and forth between standard and daylight saving time.

Forty-three percent of Americans said they would like to see standard time used during the entire year. Thirty-two percent say they would prefer that daylight saving time be used all year.

And in case you’re wondering, if the proposal fails to become law, we get to change those clocks again when daylight saving time ends on November 6, 2022.

The FOX TV Digital Team contributed to this report.