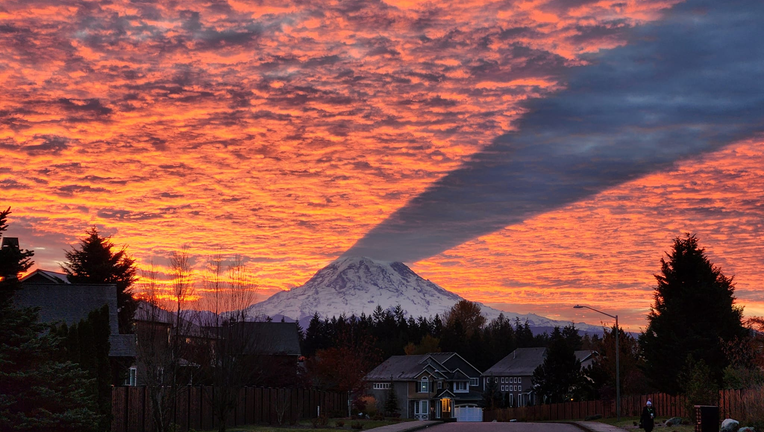 TACOMA, Wash. - The skies erupted in color as the sun rose across the Puget Sound area Saturday morning. And at a first brief glance, it may have appeared like Mt. Rainier followed suit!

Photos and videos from around the Tacoma, Washington, area showed a dramatic dark stripe emanating from Mt. Rainier amid the brilliant colors of the sunrise.

It can give the appearance of ash coming from the volcano — but don’t worry, it’s just the mountain’s shadow!

In late autumn, the sun rises far enough south on the horizon to align right behind Mt. Rainier. As the sun rises behind the Cascades, Mt. Rainier’s tall stature makes for a lingering shadow.

And when there are clouds at just the right altitude, they make an easel for the shadow to be visible.

The phenomenon is fairly rare and best seen in the late October through January time frame for those south of Seattle, closer to where the mountain looms. 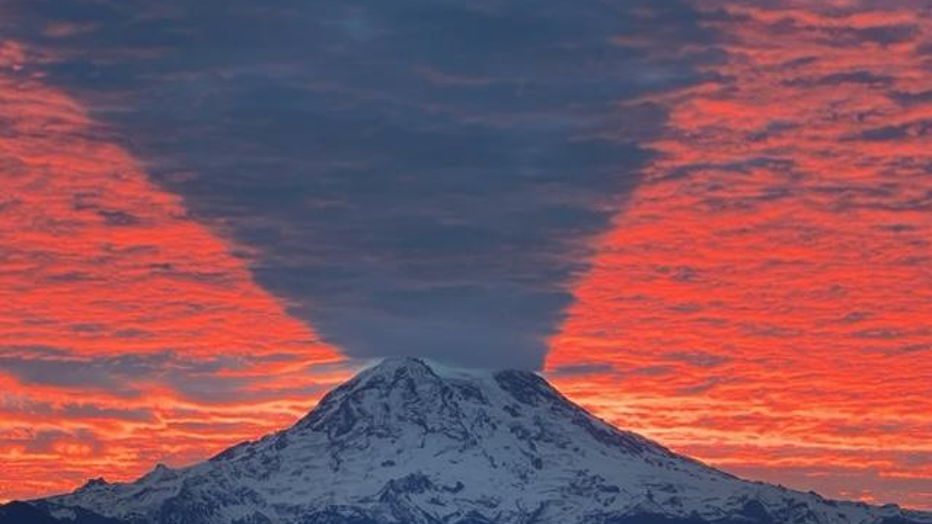 It’s not the first time this year that Mt. Rainier has attempted to fake people out.  In September, a lenticular cloud hovering just over the summit gave the mountain the appearance it was venting steam and/or ash.

Social media may have erupted Wednesday, but Mount Rainier did not. Experts say it was a lenticular cloud hovering over the summit, that appeared to look like the volcano was venting.

Those clouds typically form when winds blow over and around rough terrain.

Though the actual volcano itself is quiet and has been long dormant, Rainier has erupted within relatively "recent" times on a geological timescale — about 1,000 years ago, according to the U.S. Geological Survey.

However, its neighbor to the south, Mt. St. Helens, erupted with great fury just 42 years ago in 1980.