The previous all-time record was 104 at SeaTac, which was recorded just a day earlier on Sunday. 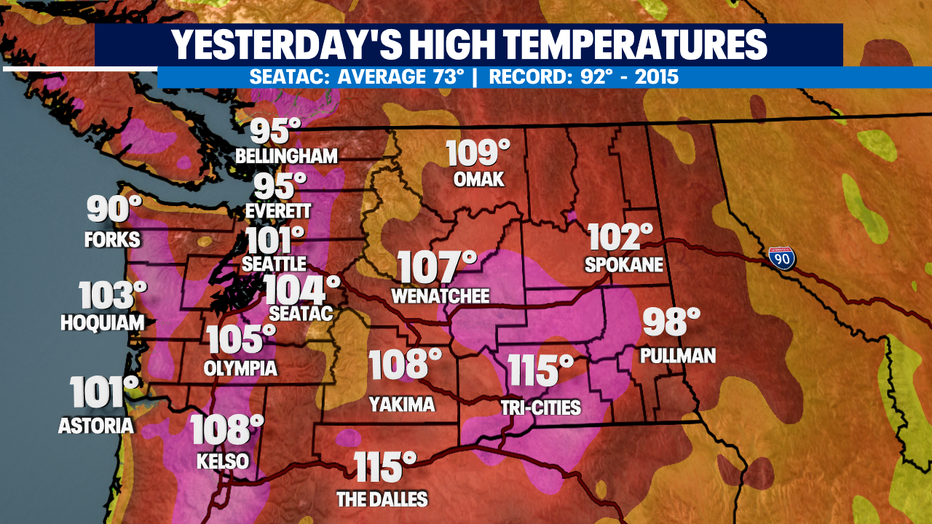 RELATED: Hotter than Houston's ever been? The mind-boggling numbers of Seattle's historic heat wave

This is unchartered territory and these forecast highs could be even hotter.  Basically, it's a very VERY HOT day!  The hottest in history – by a lot! 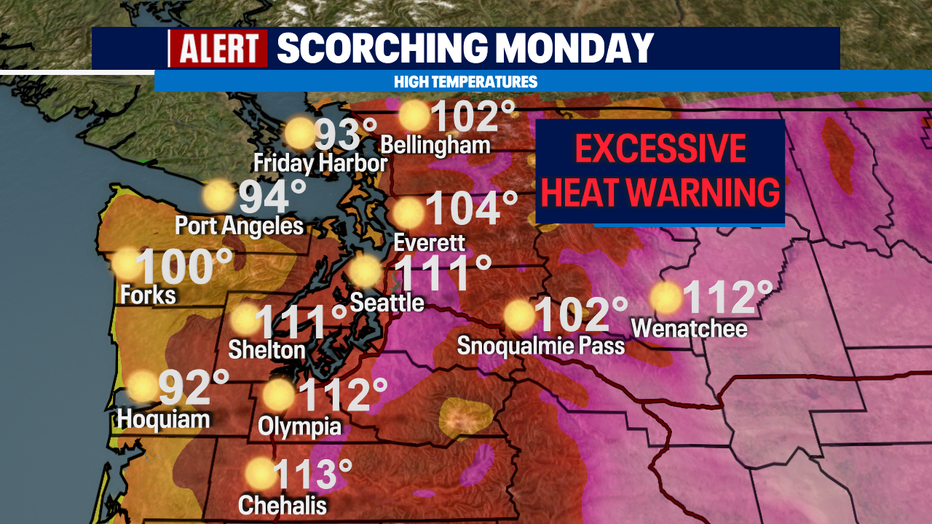 Sea-Tac hit 100 degrees before noon on Monday. This is the first time on record that we've reached triple-digit temperatures three days in a row.

The National Weather Service has extended the Excessive Heat Warning to tomorrow night at 11 p.m. 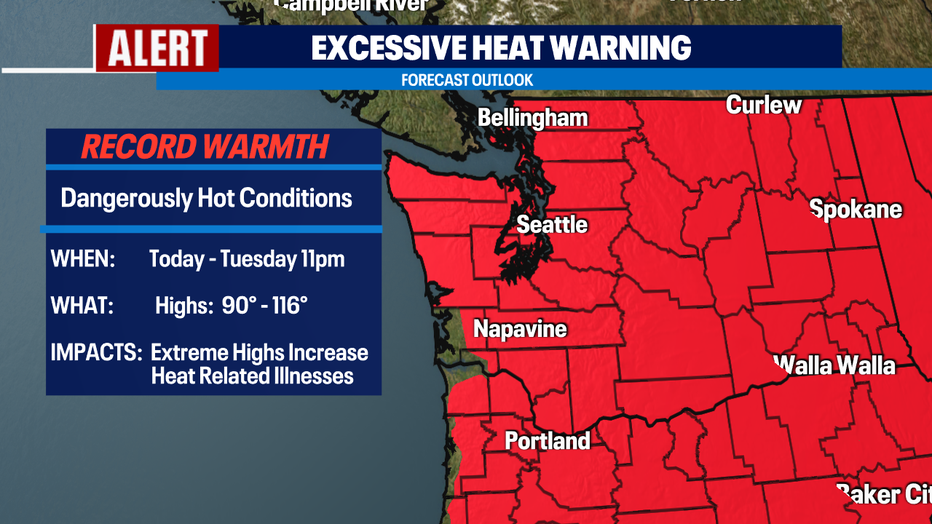 Tomorrow, we'll start to cool down.  The coast will have morning clouds which could creep into Olympia before backing out by late morning.  By the afternoon, we're back to full sunshine and we'll stop out around 90 degrees.  This is still very hot.  Our normal high is 74.  But it'll be about 20 degrees cooler than today.

The rest of the week and into the 4th of July Weekend we'll have that lovely combination of morning clouds with afternoon sun and highs in the 80s.  Still above normal, but I'll take it after hitting 111 in Seattle! It's beyond a Panting Tongue Day for the Pet Walk Forecast.  Going to the ocean beach is a good idea for our furry friends! 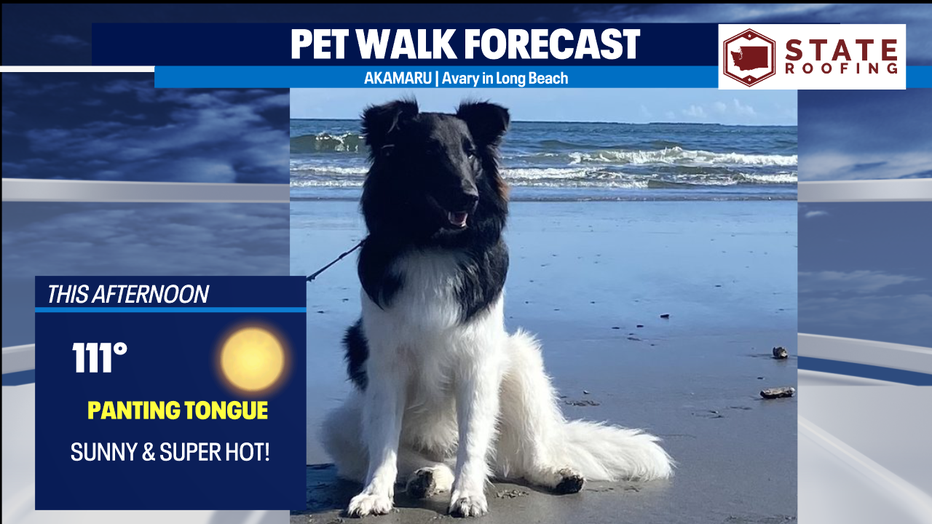