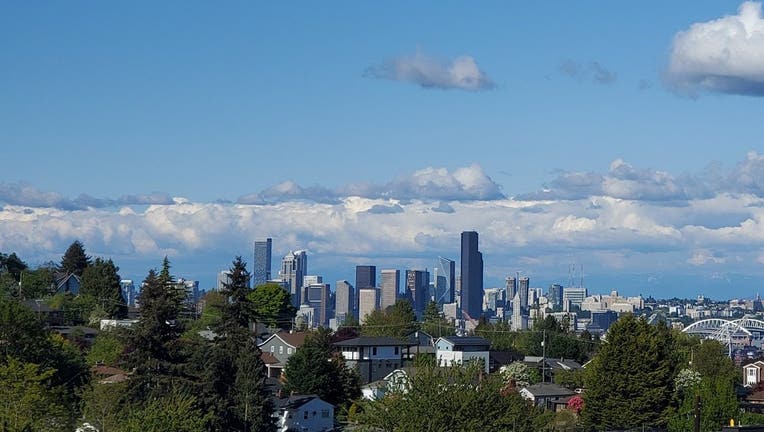 SEATTLE - A few showers have been falling in the North Sound Wednesday, but any kind of rainfall seems to have become the exception to the rule this spring so far.

Just about the entire Pacific Northwest is well below normal for rainfall since the start of Meteorological Spring (March 1) with Eastern Washington particularly dry: 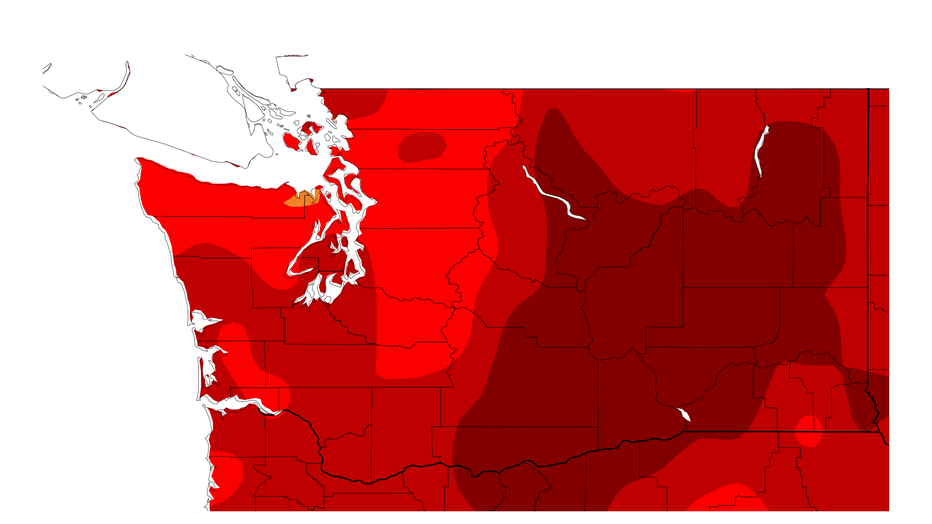 Map of Washington showing percent normal of rainfall between March 13 and May 11. (Photo: High Plains Regional Climate Center via NOAA)

Seattle is so far at 4.05 inches of rain since March 1, which is the fourth driest tally in that time period since records kept at Sea-Tac International Airport in 1945. It's a similar story in Olympia, also amid its fourth driest stretch. Bellingham only has 2.94 inches during that time, the driest stretch for its records.

RELATED: Sun puts on incredible show over Seattle as it sets Tuesday night

East of the mountains, Spokane has had only 0.47 inches since the start of March, the second driest on record a few drops behind the 0.46 inches measured in 1924.

And it's quite the turnaround from winter, which had just over 20 inches of rain in Seattle from December through February which was 14th out of the 77-year measuring period.

The long-range forecasts don't show any rain on the way until around the middle of next week, and even that is trending fairly light.

90-day forecast from NOAA showing below-normal rainfall conditions for the West in the May-July period.

Good thing the snowpack was quite healthy this winter to keep our water supply strong!