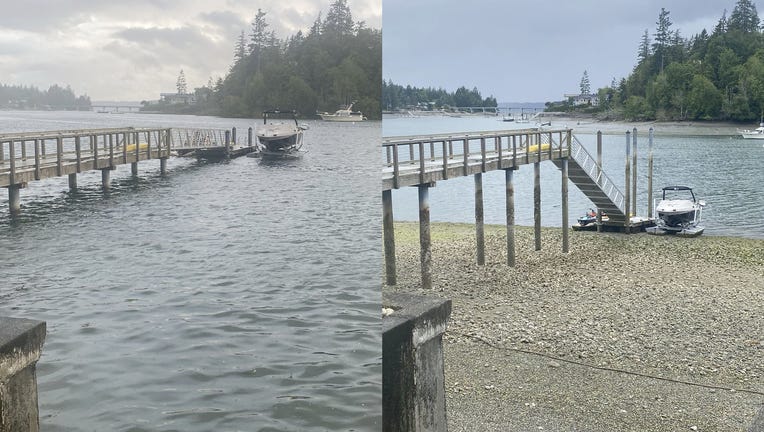 ROSEDALE, Wash. - Beachcombers and those who live along the shores of Puget Sound have likely noticed a rather unusual sight late this week of large swings of the daily tides.

Walt, who lives along Carr Inlet near Gig Harbor, said the tide swung almost 19 feet from high tide to low tide on Thursday and it was expected to reach just a fraction of an inch short of 19 feet again Friday.

The large tidal swings are from what's called a perigean spring tide. That's when the moon is either in its full moon or new moon phase, so it is aligned with the sun for a little extra gravitational pull. 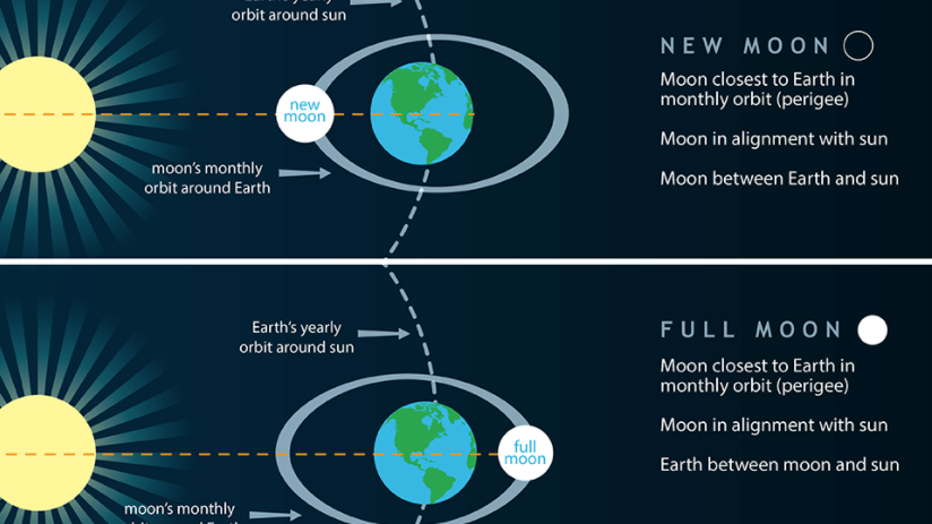 Then when you match up the full moon with when the moon is at or near its closest point to Earth in its elliptical orbit, there's even a little more tugging on the water. 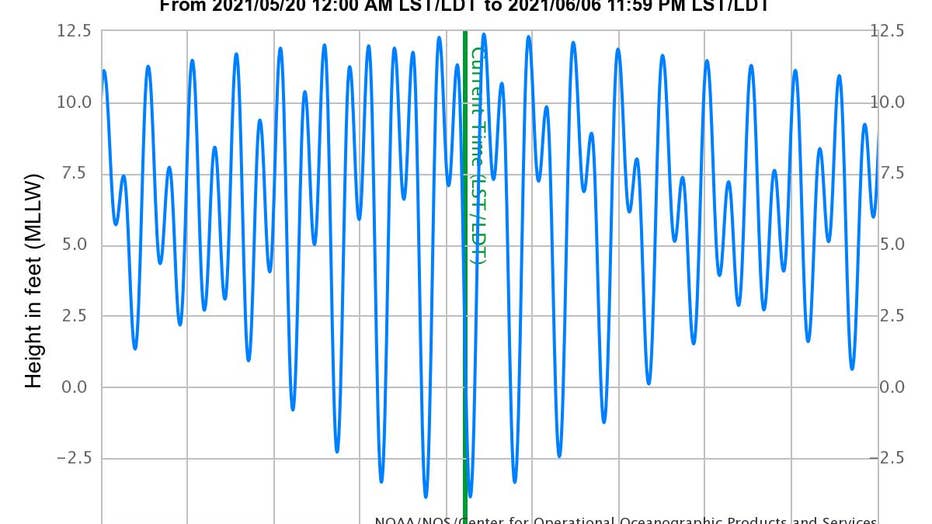 Tidal predictions for Seattle from May 20 to June 6, 2021. (Photo: NOAA Center for Operational Oceanographic Products and Services)

Add to that: tides typically increase as we near the summer solstice on June 20-21 "due to the position of the sun relative to the Earth's equator," according to NOAA.

Add to THAT: Sea levels are a little higher in late spring "due to changing weather patterns and increasing water temperatures," NOAA says.

This year, all four of those events are conspiring for higher tide swings between May 25 and 28 giving some areas their highest predicted tides of the year.

But even with the large tidal swings, data suggests high tide levels around the inland waters will remain below levels where any tidal flooding would be expected.