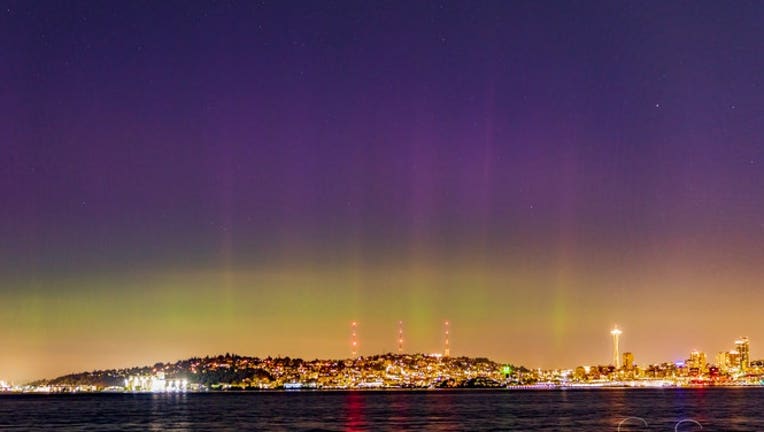 SEATTLE - A solar storm sparked a brilliant display of the Northern Lights over the Seattle area early Tuesday morning.

The northern horizon lit with a green glow just after midnight, occasionally punctuated by other green and purple pillars. The show lasted a little over an hour before quieting down. 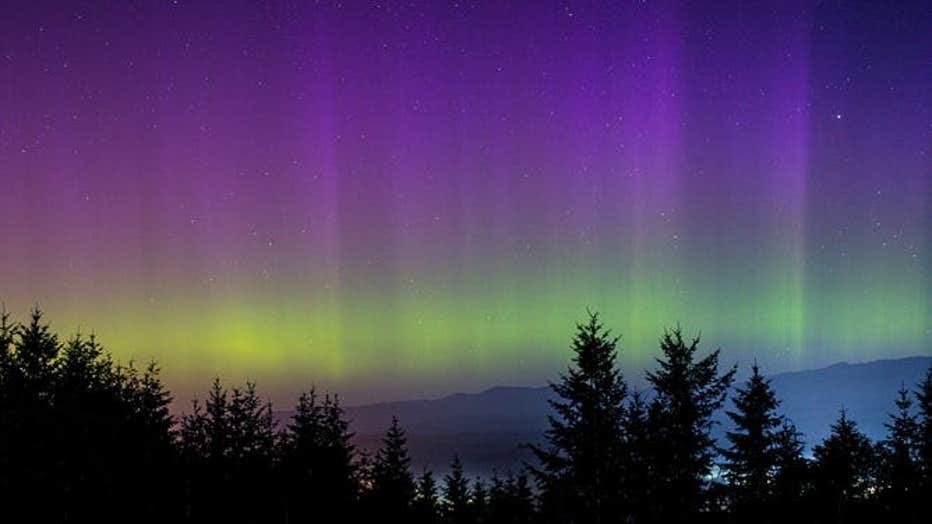 The aurora was so bright that photographers could capture the colorful show even in the heart of Seattle, where what few aurora displays come each year are typically muted by the city's light pollution.

"I love catching the #aurora over the city," says Seattle professional photographer Sigma Sreedharan. "It is a hard thing to do with all that light pollution, but that is the fun part, right?"

The auroras came courtesy of a minor G1 class geomagnetic solar storm.  Typically, levels need to be greater for the aurora to reach as far south as Seattle, but a punch of solar activity arrived at just the right time for Seattle to catch a surge in the display.

The solar storm has since quieted, and geomagnetic conditions have returned to a non-active state, though activity may pick up again late Thursday evening into the night.