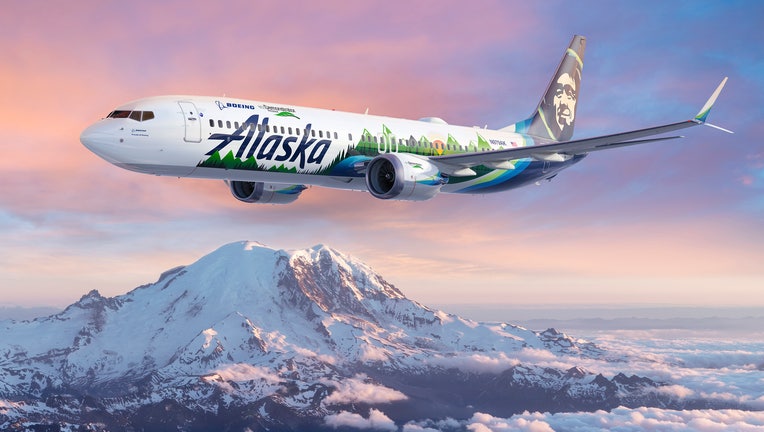 NOAA and Boeing are teaming up to evaluate the optimal placement of greenhouse-gas sampling inlets on a new 737-9 airliner owned by Alaska Air, depicted here over Mount Rainier, during Boeing's 2021 ecoDemonstrator technology testbed program. Credit:

SILVER SPRING, Md. - NOAA, Boeing and Alaska Airlines are teaming up to learn how best to use aircraft for collecting greenhouse gas samples in an effort to better monitor climate change.

The goal is to use in-service commercial aircraft as an additional tool to measure greenhouse gases in the atmosphere, while keeping the data free from any emissions from the plane itself that could skew the results.

Air will be collected from a duct that feeds outside air into the airplane’s interior, and from two inlets mounted in a window plug for comparison, according to NOAA.

"Standardizing the location and installation of greenhouse gas monitoring instruments on commercial aircraft will be an important first step in expanding our sampling network to provide data for scientists and policymakers interested in understanding greenhouse gas emissions that are driving climate change," Colm Sweeney, lead scientist for the NOAA Global Monitoring Laboratory’s aircraft measurements program, said in a news release announcing the partnership.

NOAA keeps tabs on three critical drivers of climate change: carbon dioxide, methane and nitrous oxide, as well as carbon monoxide, which is an indicator of air pollution, NOAA says.  The agency has four permanent observatories plus gathers measurements from 50 partner institutions and trained observers around the globe. In addition, NOAA has contracted with some private pilots to take air measurements. 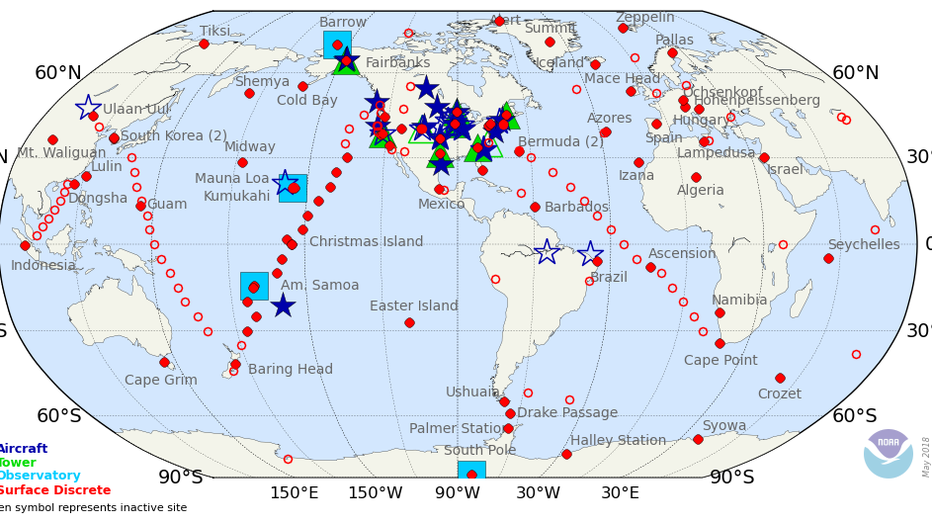 But this new project hopes to inject a new treasure trove of greenhouse gas data via commercial flights that would provide additional information to improve our long-range climate forecast models.

The greenhouse gas measurements are just one of 20 different technologies that will be tested on the Alaska 737 as part of Boeing's annual ecoDemonstrator program.