f you happened to be up before the sun Thursday, you would have been treated to a rare and awesome sight of noctilucent clouds.

SEATTLE - If you happened to be up before the sun Thursday -- which is REALLY early now that we're just a few days from the summer solstice -- you would have been treated to a rare and awesome sight of noctilucent clouds.

Also informally known as "night shining" clouds, these clouds are not the typical ones that portend rain, but instead are in the highest reaches of the atmosphere some 50 miles up.

"They form when summertime wisps of water vapor rise to the edge of space and crystallize around disintegrated meteoroids," says Dr. Tony Phillips with SpacevWeather.com. "When you see a (noctilucent cloud), you're literally seeing a cloud of frosted meteor smoke." 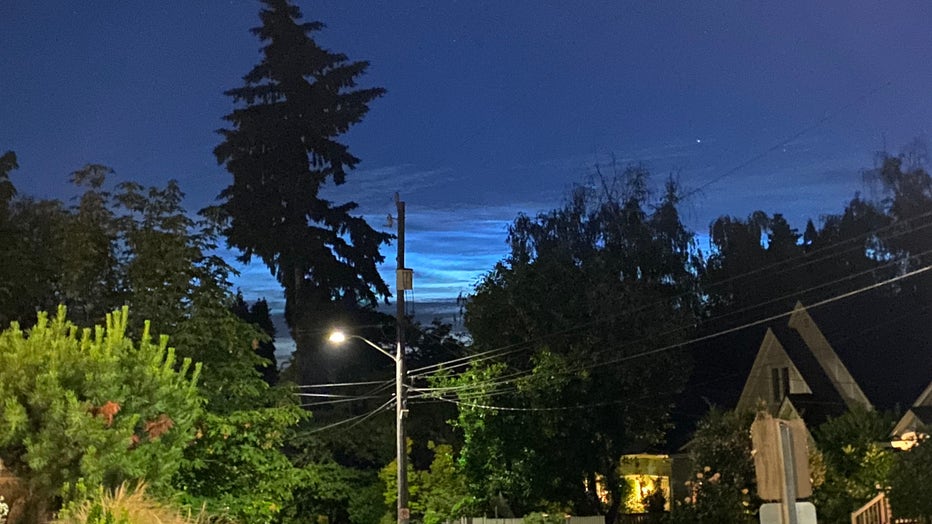 These clouds can be seen any time of night in the summer time, but are best seen in the 30-60 or so minutes just before sunrise or after sunset. June and July are the best months to see them.

Noctilucent clouds used to be relegated to the Arctic but sightings have been slowly spreading south over the years, possibly due to climate change and/or the solar cycle, Phillips said. In recent years, those as far south as Los Angeles and Las Vegas have spotted them.