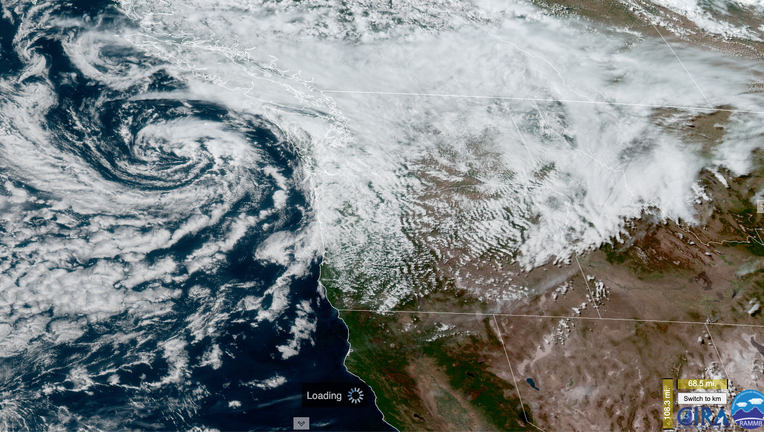 A large area of low pressure swirls off the Washington coast on June 6, 2021. (NOAA Image)

SEATTLE - Aside from the fact there was daylight super early in the morning and well into the late evening, you could have been forgiven if you felt you fell into a time warp this weekend back into January.

A massive swirl of low pressure spinning offshore sent several waves of clouds and rain into the Puget Sound region over the weekend, making for one of the coldest June days in several years on Sunday.

That it came on the heels of 85+ degree heat to kick off the month was likely a first for Seattleites in June:

There were three days in January that were warmer than Sunday in Seattle (though those were "Pineapple Express" warm rain storm events.) But a day with highs in the mid 50s is more typical of late March than early June, where are highs are supposed to be right around 70.

Everett: Soaked on BOTH weekend days

As much as Sunday was cool and rainy in Seattle, much of southern Snohomish County had a preview of the rain on Saturday with a persistent Puget Sound Convergence Zone bringing hours of rainfall there that ignored much of the rest of the region.

In fact, Seattle officially did not count as a rainy day on Saturday -- just some drizzle that didn't measure in their rain gauge. Meanwhile, Everett had 12 hours and 31 minutes of rain starting late Saturday morning and lasting into early Sunday morning, amassing 0.60 inches of rain on Saturday.

South of the Zone: A passable outdoor Saturday:

The rain didn't let up much into Sunday even after the Zone fizzled, as more showers rotated ashore from the swirling low offshore. Everett recorded 17 different periods of rainfall between 10:22 a.m. Saturday and 6:09 a.m. Monday morning that totaled 20 hours and 18 minutes. That meant it actively rained for nearly half the weekend up there (if you count the early Monday morning rainfall) with a total of 1.06" of rain by midnight Monday morning (and another 0.12" on top of that Monday morning.)

Relatively cool and showery weather remains this week with long range forecasts suggesting potential for another rainy weekend coming up. Mother Nature is doing well to quell the memories of our dry spring!