SEATTLE - If it wasn't for the extreme heat we had at the end of June (remember the 108-degree day in Seattle, June 28th?) the heat wave we're about to have would be the hottest of the summer.

Today, we'll be topping out close to 90.  Tomorrow and Friday, it'll be the mid 90s. And it will feel warmer due to the humidity. The National Weather Service has issued an EXCESSIVE HEAT WARNING through Saturday - the area in magenta on this map. The orange area in the Olympics and out to the north coast is a HEAT ADVISORY because it will hot there, but slightly cooler than inland. 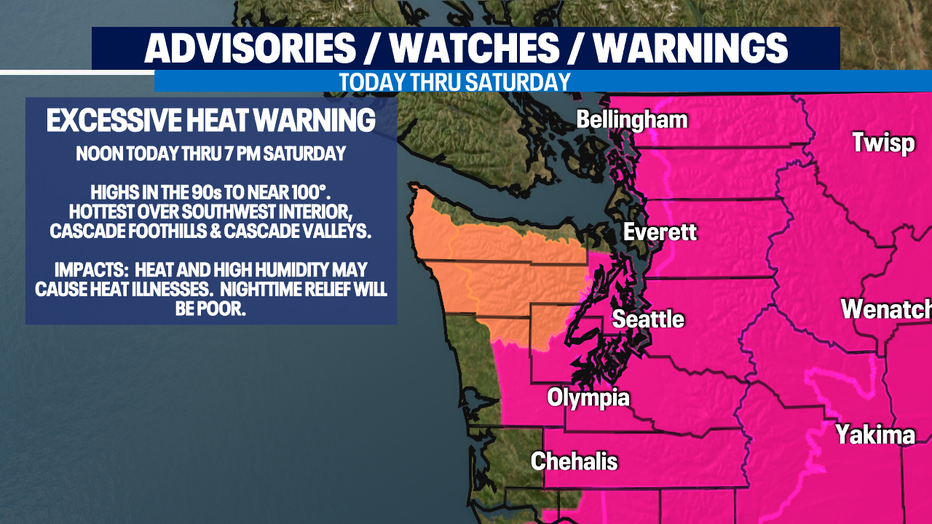 Today, it'll be sunny and about 10 degrees above normal - highs in the upper 80s to around 90 to the south. 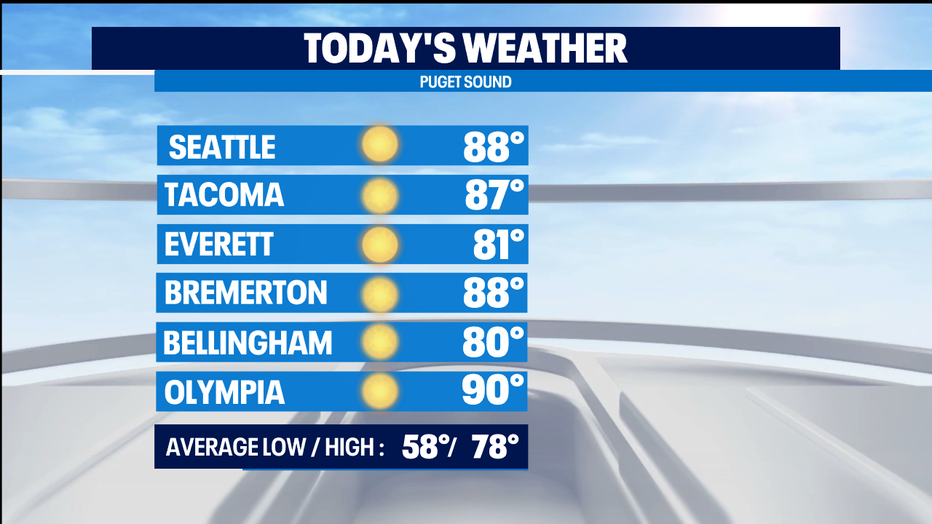 Air quality continues to be good (green dots on this map) across the state, despite fires in Eastern Washington that are still producing lots of smoke. Tomorrow and Friday will be the hottest days, with highs in the mid/upper 90s for Seattle.  Some areas to the south and into the Cascade Foothills may nudge 100 degrees.  It will also feel close to 100 because of the humidity mixed in which the heat.  This is called the "heat index" or the "feels like" temperature.

Saturday, we'll start to cool down, but it will still be hot, with highs near 90 in Seattle and hotter to the south and into the Cascade Foothills.

Sunday, we'll finally be done with the heat!  Clouds roll in and we'll top out the upper 70s, which is normal for this time of year.  There is also a slight chance of a shower!

Monday, looks partly sunny with highs in the mid 70s and a slight chance of a shower. 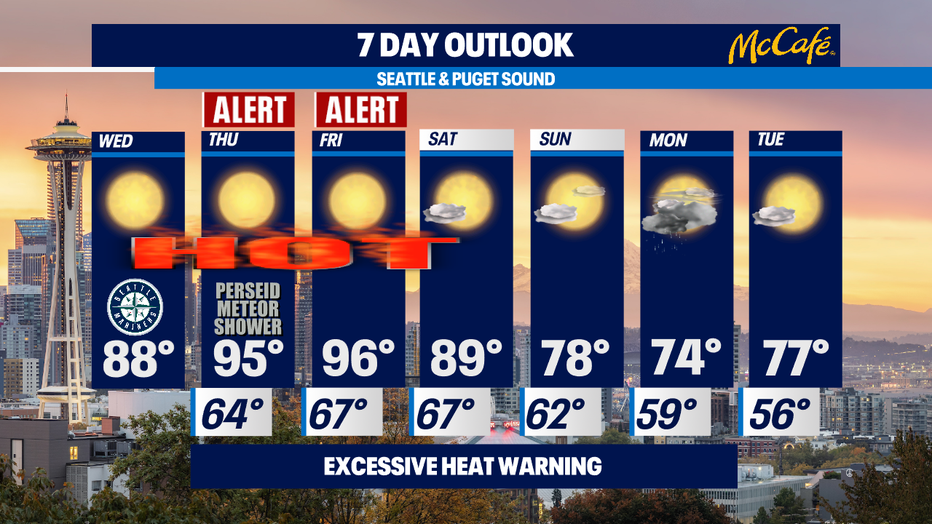 Tropical Storm Fred is heading toward the island of Hispanola (Dominican Republic & Haiti) where it will probably weaken to a tropical low as it heads over the mountainous terrain there.  Then, back out into water, it looks likely to strengthen back to a tropical storm as it heads north of Cuba and probably turns toward Florida.  For Flintstone fans, there has been a Hurricane Wilma, a Tropical Storm Barney and several Tropical Storms Betty. 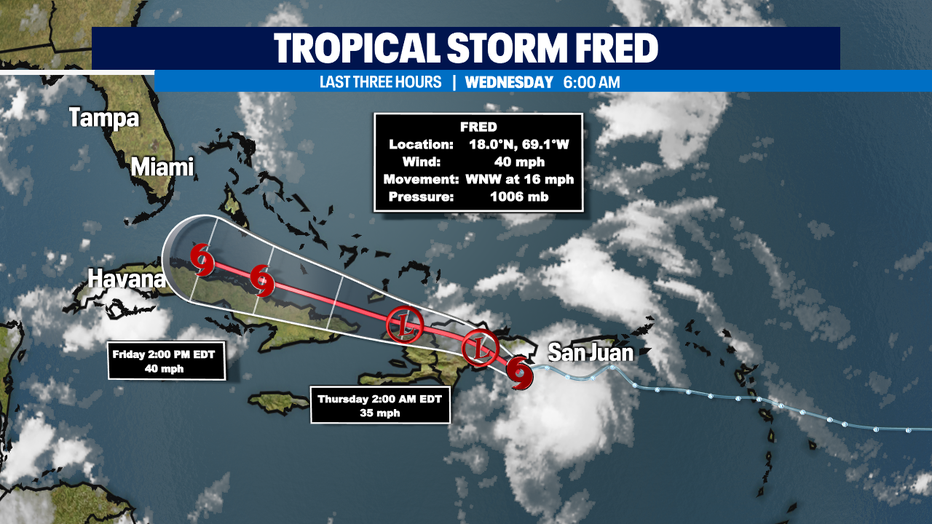 With sunny skies and highs near 90, it's a Panting Tongue Day for the Pet Walk Forecast.  Here's a super cute Corgi puppy with an impressive name, Sir Remington Butternut! 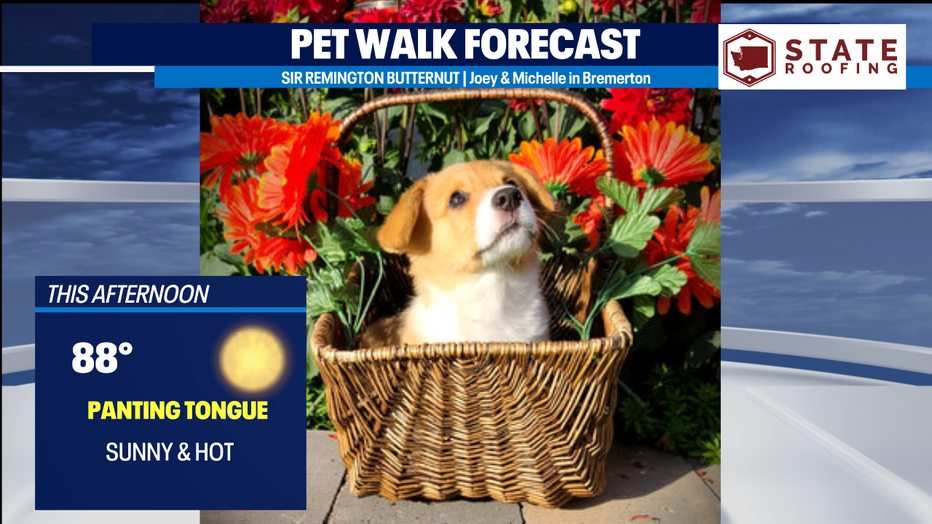