SEATTLE - After 10 days of wildfire smoke, we finally got a much needed change in winds and cleansing rains too. Most places around the Central Sound saw about 1/3 of an inch of rain. As of late this evening, many places seeing now green (good) and yellow (moderate) air quality in Western Washington. Only a few spots up in Whatcom County where the rain never reached still sitting with unhealthy air for now. We'll see most of the Air Quality Alerts be allowed to expire before noon on Saturday. 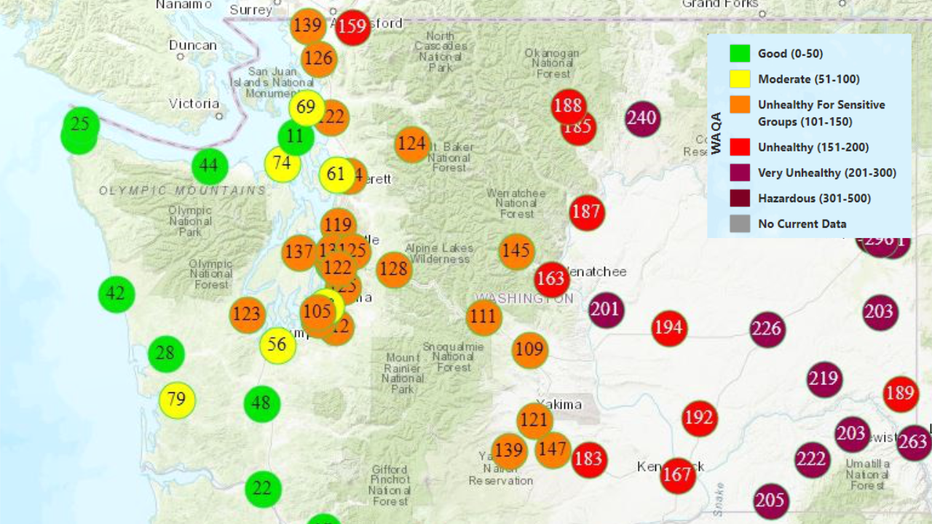 Saturday showers will help clean our air even more. We'll see temps likely in the same range as Friday. But with the cleaner air, not too many folks will mind the temps not getting to the normal high of 70. If we see breaks in the clouds in between showers, we could even see some blue skies for the first time in a long while. 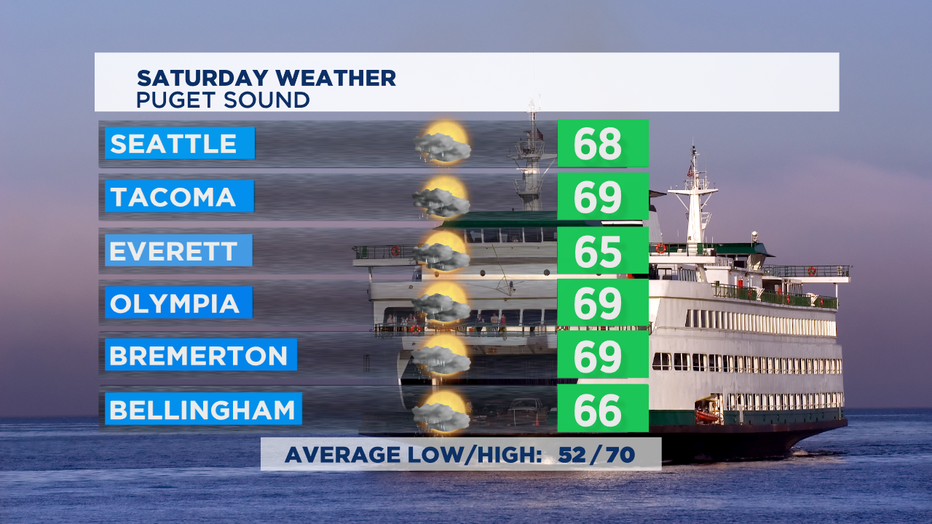 A weather system offshore will continue to move across the region from Saturday and into the first part of Sunday. As we get into Sunday, we'll dry out and see skies clear out nicely by the time the Seahawks take to the fileld. Temps still in the upper 60s. A dry and partly sunny day in store as we close out summer of 2020. The fall equinox on Tuesday looks quite nice too with seasonal temps and nice sunshine. Autumn officially begins at 6:30a on Tuesday in our time zone. 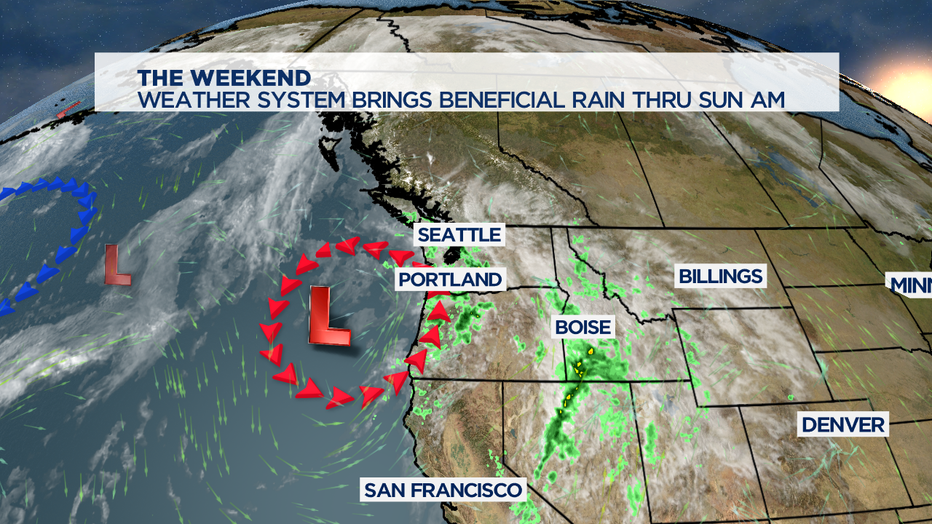 Another round of rain looks to move in towards the end of the coming week, which will likely get rid of any remaining bad air in our region. 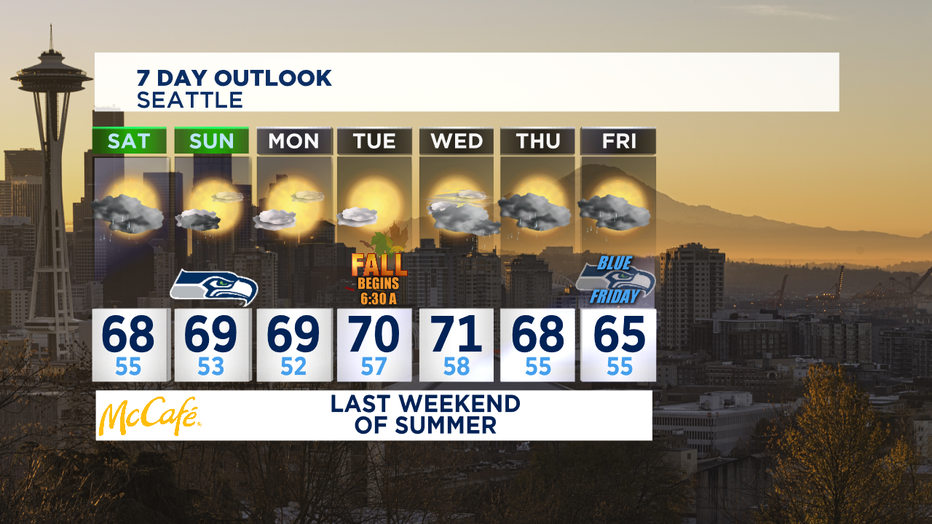 Friday marked an historic day in the tropics. With Wilfred forming in the Atlantic Ocean we ran out of names for hurricanes for only the second time in history. The last time was in 2005. 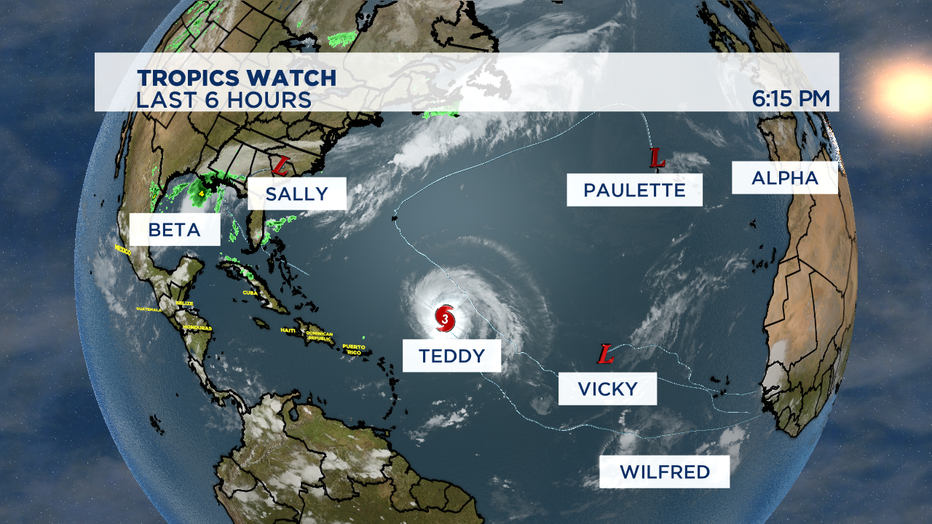 The newly formed storm off the coast of Portugal got the name "Alpha" and the storm in the Gulf of Mexico got the name "Beta". Beta could pose issues for the Texas coast and Houston metro early next week. Stay tuned.