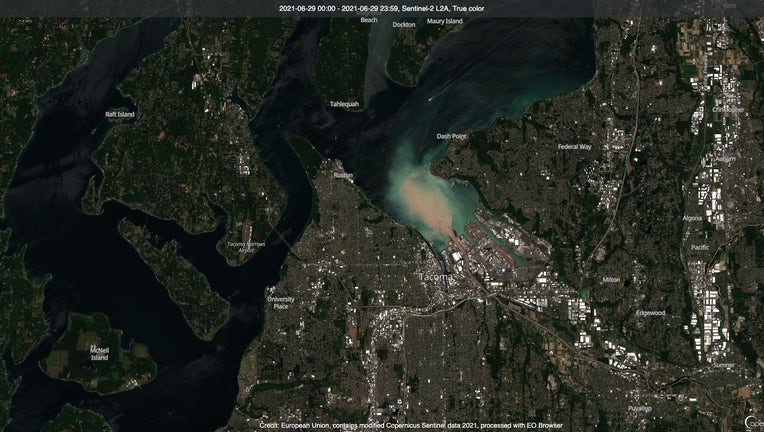 SEATTLE - It wasn't just the lowlands that baked during our record-smashing heat wave earlier this week -- the mountains were cooking as well.  Much of the higher Cascades set record or near record temperatures on Sunday and Monday with temperatures in the 80s and 90s around the pass and hiking levels. Near the top of Mt. Rainier temperatures were far, far above freezing.

And with all that snow and ice up there from our snowy winter subjected to temperatures 40-60 degrees above freezing, snowmelt was rather extreme.

And all that sediment flow was captured on satellite imagery as the silt and muck flowed down rivers into Puget Sound, leaving a noticeable brownish color in the water.

One of the most dramatic scenes was around Tacoma, where the Puyallup River carried down mud and silt from a melting Mt. Rainier. 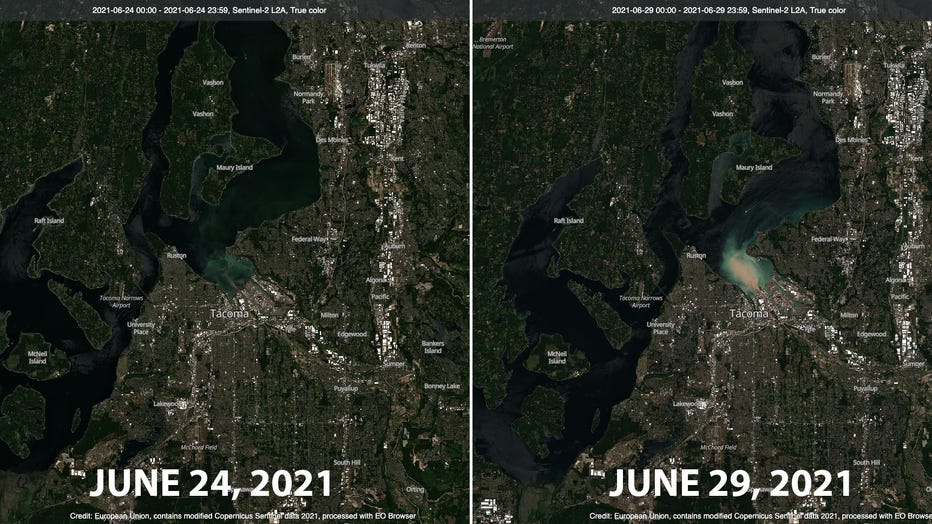 Maps from June 24 and June 29 show how sediment flowed into Puget Sound from the Puyallup River during historic heat wave. (Image courtesy: Sentinel Hub EO Browser with contributions by ESA)

Plumes were also spotted near Mount Vernon. Here's a "before" photo – note how blue the Skagit River is and how clean Skagit Bay was: 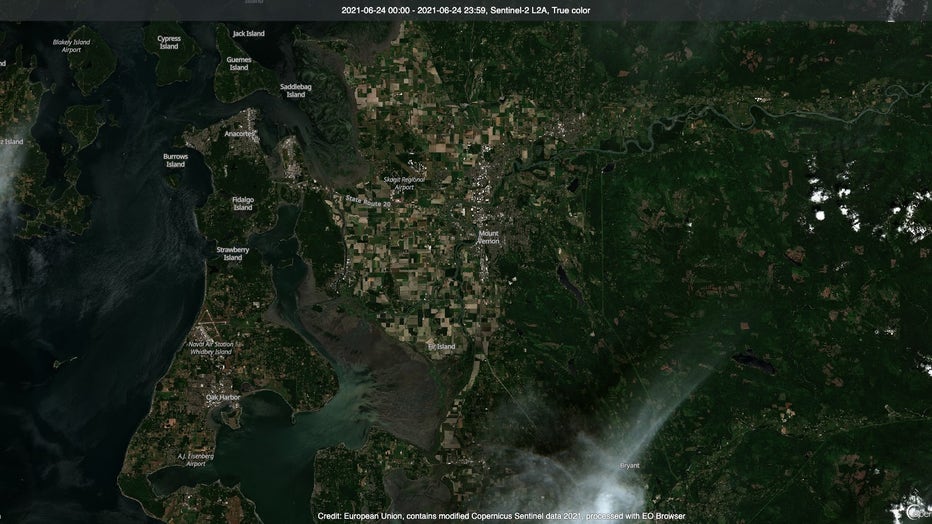 And now here's the scene five days later amid the heat wave. Note how dirty and muddy the Skagit River is! 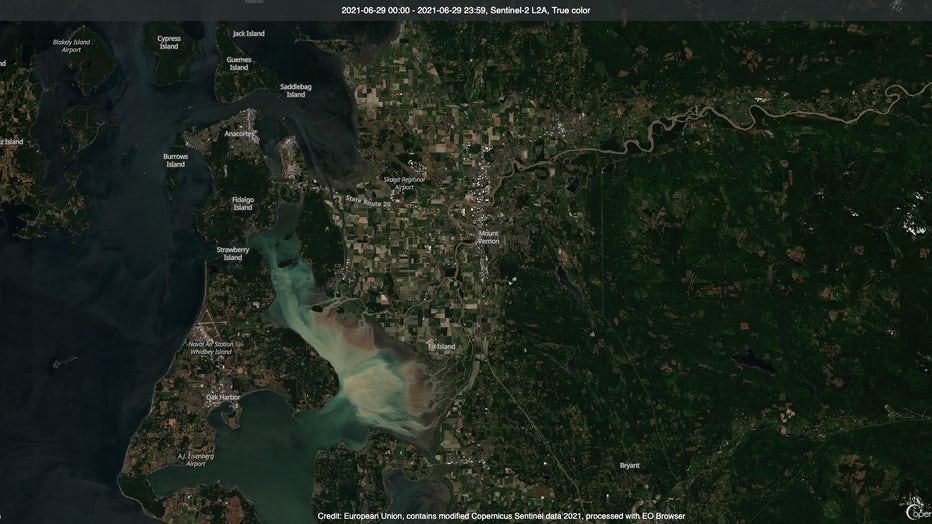 Dirt and sediment flow through the Skagit River from the Cascades before dumping into Skagit Bay on June 29, 2021. (Image courtesy: Sentinel Hub EO Browser with contributions by ESA)

How hot was it up there?

RELATED: Hotter than Atlanta has ever been: The mind-boggling numbers of Seattle's historic heat wave

Mt. Rainier must have been particularly jaw-dropping to those used to climbing the mountain in nearly constant frozen temperatures. Longmire hit 105 degrees, tying its all time record, according to the National Parks Service. Farther up, Paradise Ranger Station hit 91 on Monday after reaching 88 on Sunday. There had been just under 60 inches of snow up there before the heat wave began. Now they're down to 19 inches.

Going up near the top, Camp Muir at 10,100 feet hit nearly-shorts-weather levels of 62 degrees Sunday, then went and reached 66 on Monday. That meant summit temperatures were likely in the 40s. Overall, the weather balloon that launched from Forks Monday morning registered a freezing level at just over 18,200 feet!