Get your errands done today - a dangerous ice storm is sweeping through Western Washington late Thursday through Friday morning. There will be a mix of snow, sleet and ice accumulating on the roads. I strongly recommend people avoid driving Friday morning around the region. 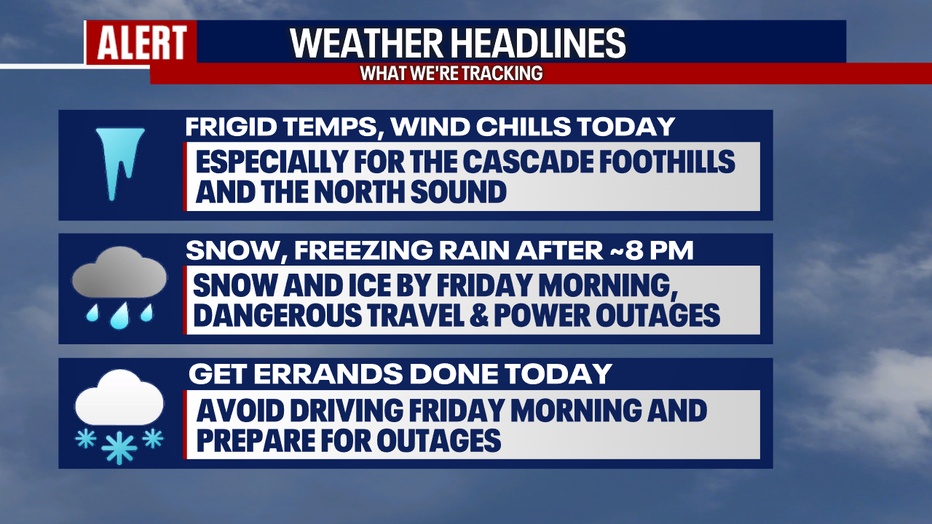 Through 10:00 p.m. today, a Wind Chill Advisory remains in effect for the Cascade foothills, the San Juan Islands and the North Sound. Gusty conditions will make the already-cold temperatures feel even cooler. 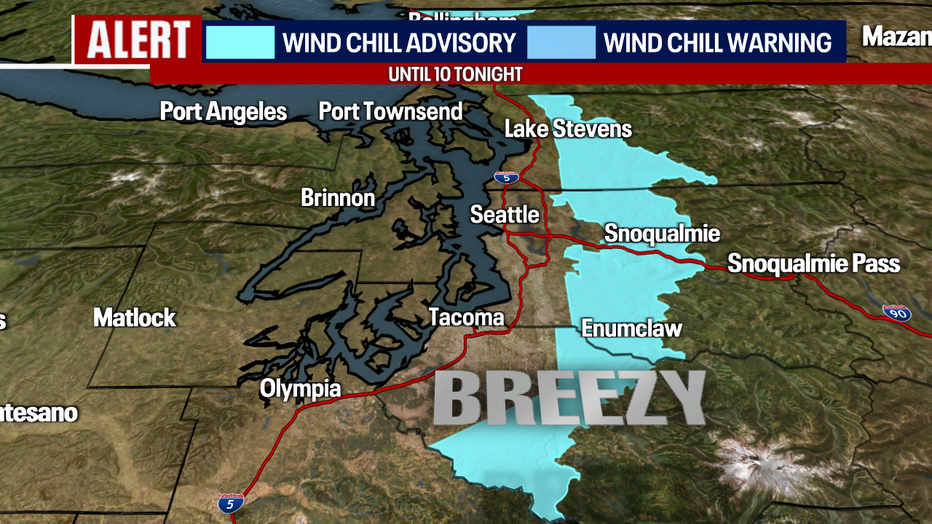 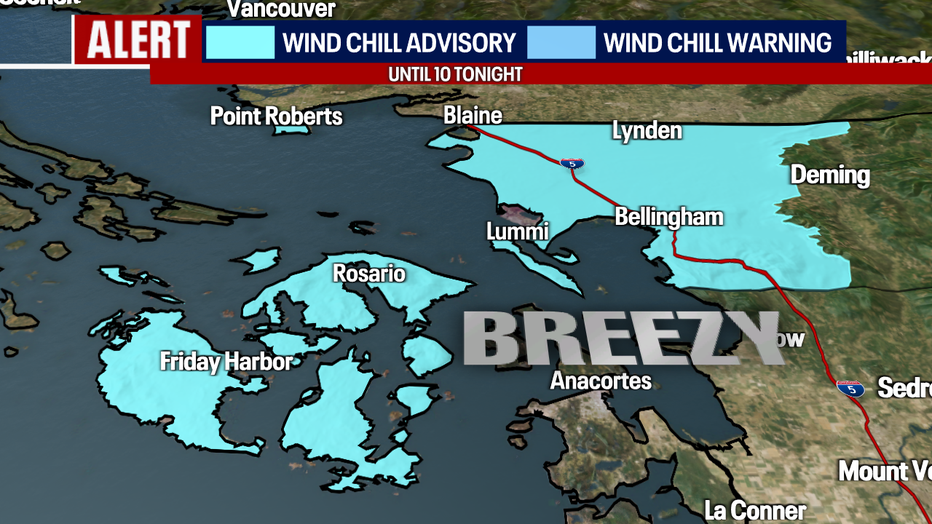 There is also a Winter Storm Watch in effect for the blue areas on the map below from tonight to Friday evening. That is where there could be a few inches of lowland snow and an accumulation of freezing rain to 0.10 - 0.25 inches (there could be localized higher ice totals - possibly amounting to 0.5 inches in spots).

In the pink, there are Winter Storm Warnings in place from late tonight to midnight Saturday. That is where even higher impacts from snow and freezing rain are possible. 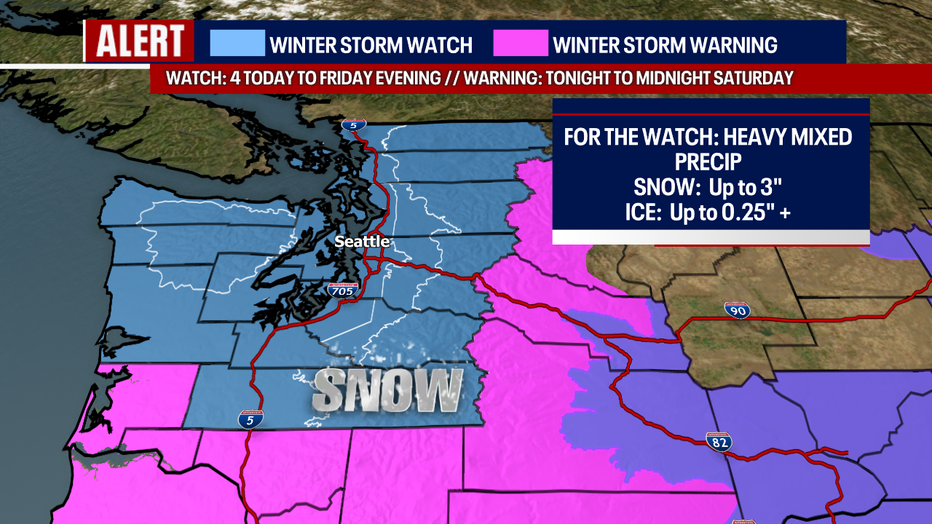 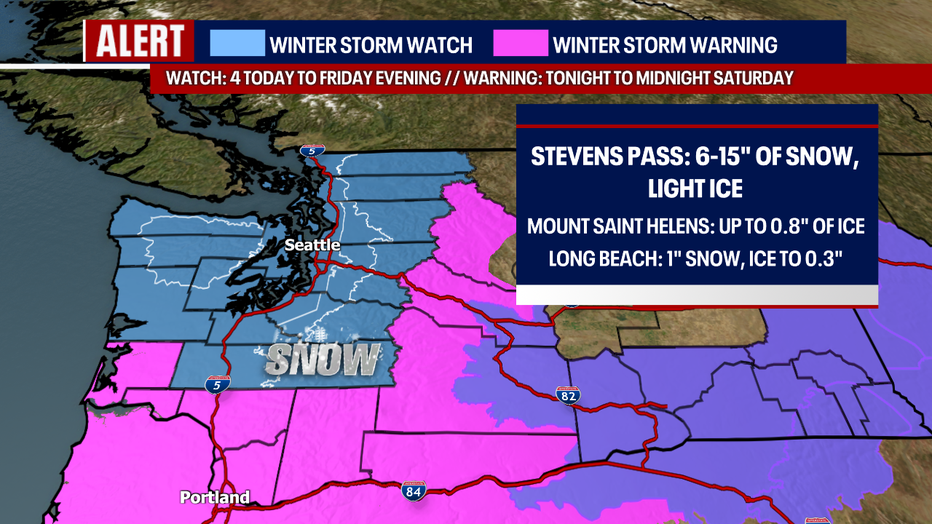 When it comes to the freezing rain, Seattle, the South Sound, Cascade foothills and parts of the Olympic Peninsula (especially Mason, Grays Harbor and Clallam Counties) have the best chance for freezing rain Friday morning. This will probably start between eight tonight and midnight. There could be light lowland snow and sleet in these communities too, but there is a better chance for freezing rain and ice. Other communities in Western Washington will see freezing rain, but those communities listed earlier have the best chance. Closer to 0.5" of ice could accumulate under heavy bands, potentially in Mason, Clallam and Grays Harbor Counties (though accumulations of 0.10 to 0.25 inches will be more common).

I am very concerned about tree damage, power outages and horrendous traveling conditions. Ice storms can be even more dangerous than snow events. 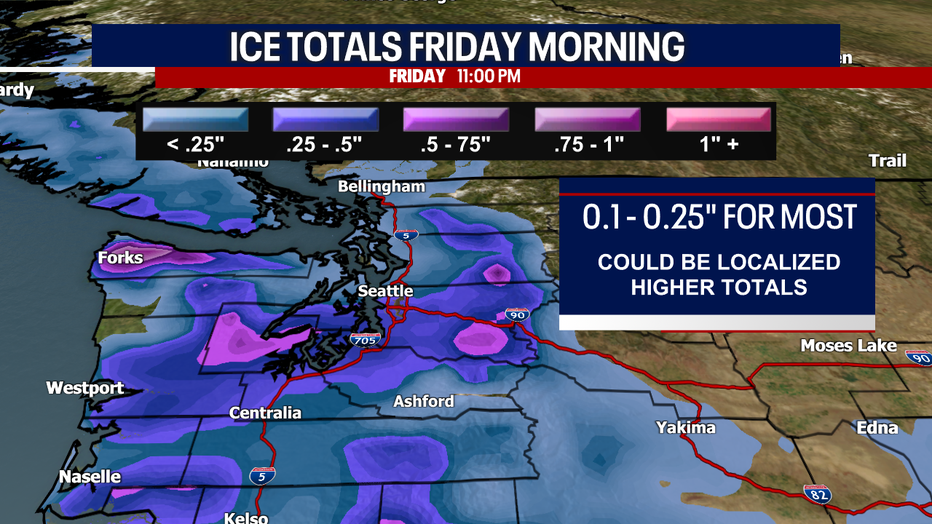 Let's talk about the lowland snow chances tomorrow. The Cascade valleys/foothills, the Hood Canal and Snohomish County through the Canadian border have the best possibility for accumulating lowland snow Friday morning. There could be about one to three inches (or more) of snow in these communities. These places could also see freezing rain, but they have a better chance for lowland snow compared to other places to the south. There could be a mix of lowland snow elsewhere, but these communities over the Hood Canal and the North Sound just have a better possibility. 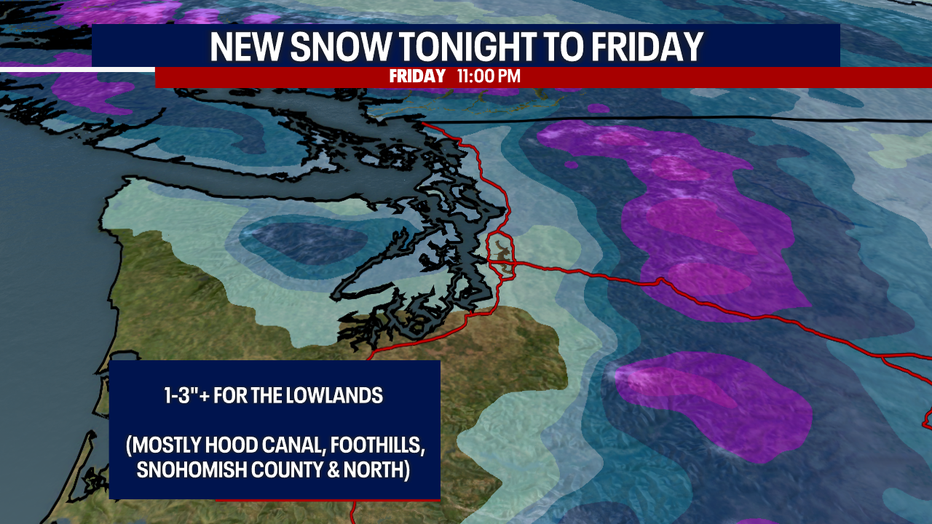 We likely switch to normal rain sometime Friday afternoon and evening. A lot of the ice and snow will melt. Going into Christmas weekend, we will deal with lowland rain versus snow or sleet. Christmas Eve, there could be some urban flooding with the snow melting and more rain arriving. 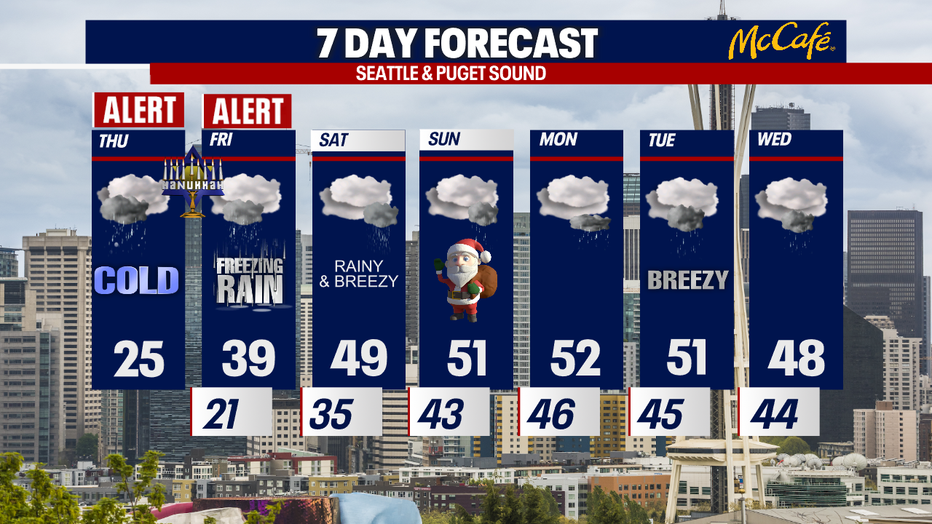