Fall-like weather this weekend, with warmer temperatures to start next week

Our air quality is back to normal for Western WA thanks to a shift in winds. The extended forecast looks really nice with temperatures warming close to 80 as we start next week.

SEATTLE - A weak cold front will bring a few light showers to the coast and higher elevations of Western Washington today, but most spots will just notice more cloud cover and cooler temperatures.

Expect mostly cloudy skies for the majority of the day, with some sunshine breaking through in the early evening hours. Highs will be close to seasonal averages. 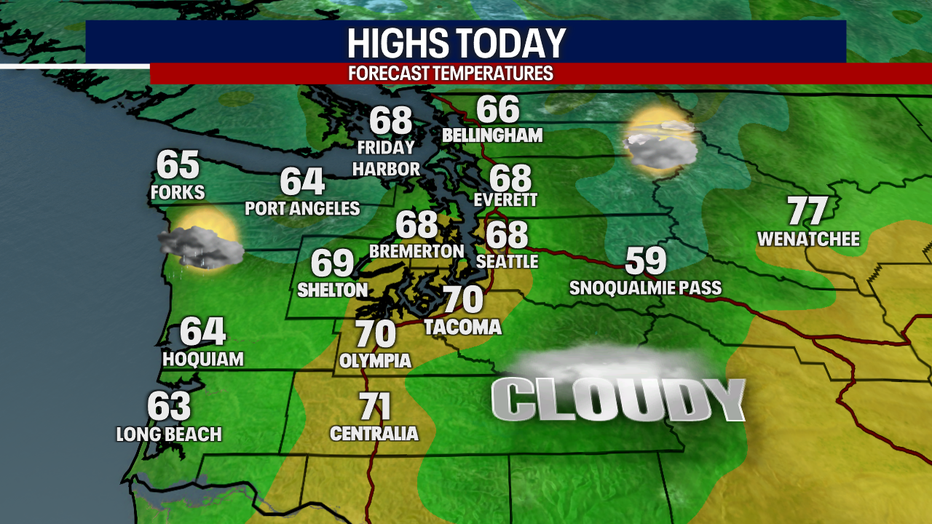 With that said, I don't see any widespread soaking rain for Western Washington for at least the next seven days. 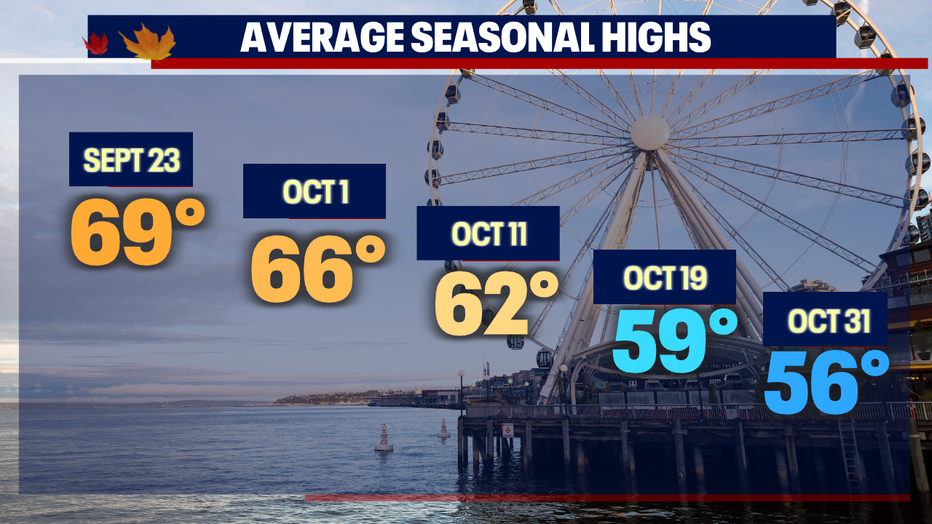 If you're heading to Lumen Field on Sunday, it will be a spectacular early fall day for football. Expect temps to rise to the mid 70s by halftime with mostly sunny skies. GO HAWKS! 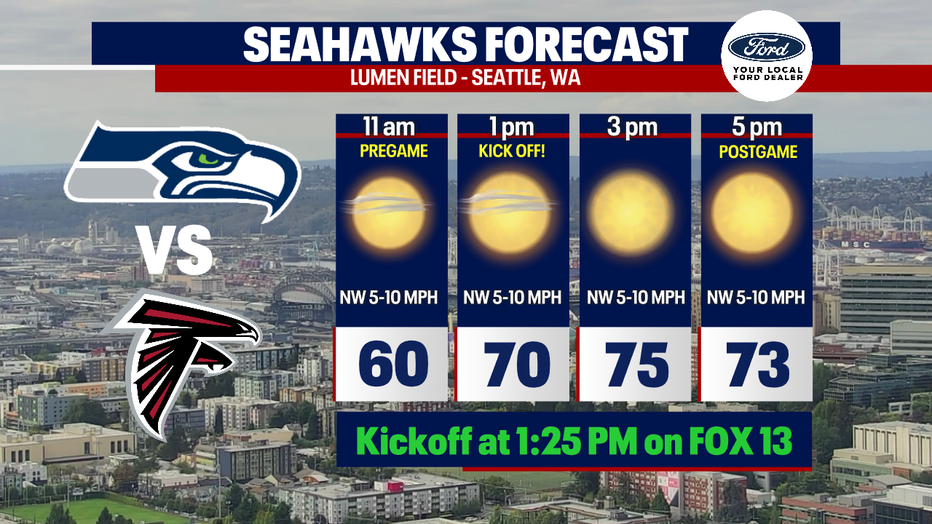 A ridge of high pressure will shift east over the Pacific Northwest early next week bringing back summer-like temperatures. The next chance for showers will hold off until mid to late next week. 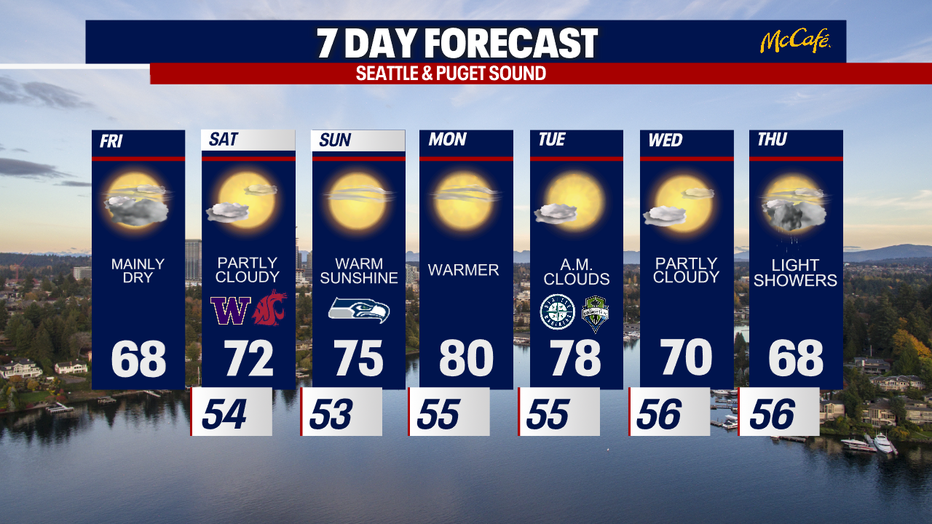