Thursday is starting off with calm winds but it will get a little breezier as we head throughout the day.

Seattle - A very impressive "bomb cyclone" is centered about 500 miles west of Washington State coast right now. Thankfully, the storm is tracking north and won't have much of an impact on the Pacific Northwest. 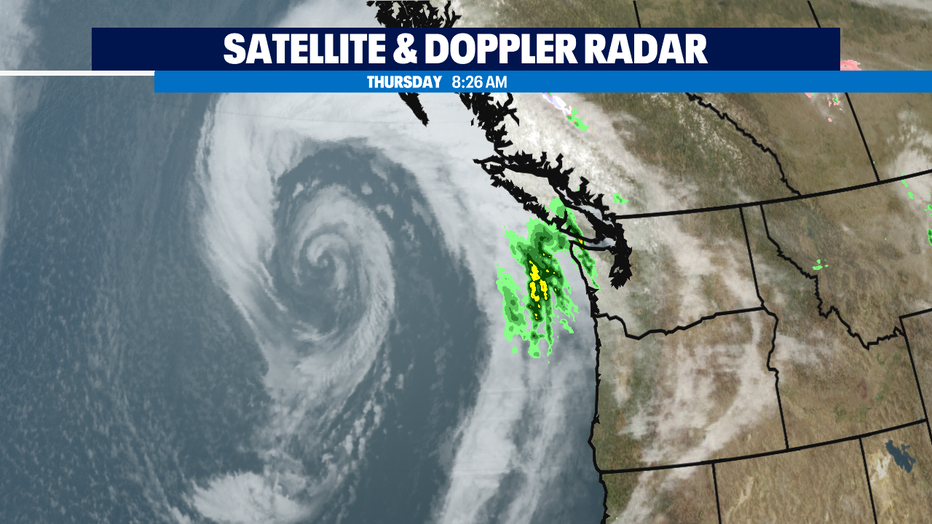 That said, expect today to be breezy in the Puget Sound area with gusts up to 30 mph. Winds will be stronger on the northern and central Washington Coast. There is a Wind Advisory in effect for those areas until midnight. Temps will be mild to warm today, in the mid 60s. 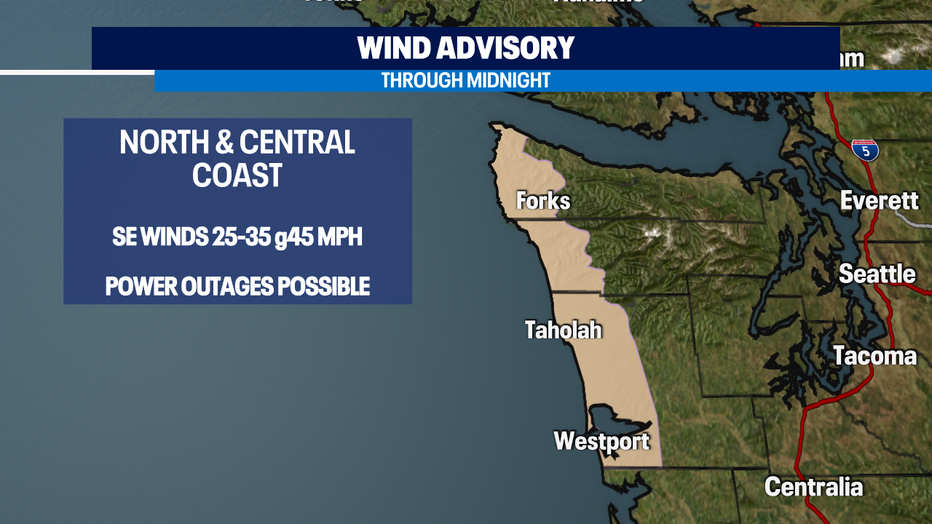 Moderate to heavy rain will pick up on the coast in the late afternoon, with a soggy commute and dinner time expected in the Puget Sound area. Between tonight's rain and Friday's scattered showers, we could see a .50"-.75" of rain around the Puget Sound. Temps will be much cooler on Friday, back down into the mid 50s. 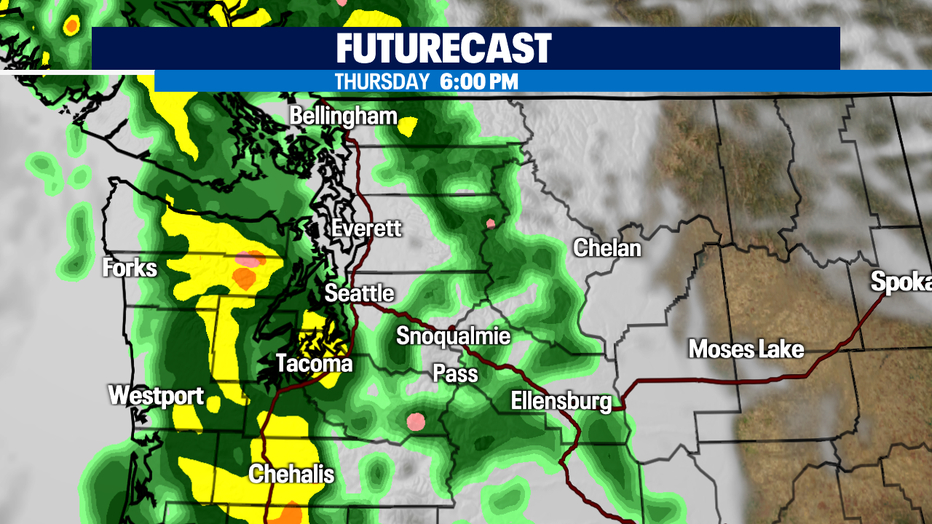 This coming weekend looks cool and wet as two more wet systems hit the state. There isn't much of a change in the weather pattern heading into next week. Active wet weather will continue for at least the next seven days. In case there was any doubt, the rainy season is here! 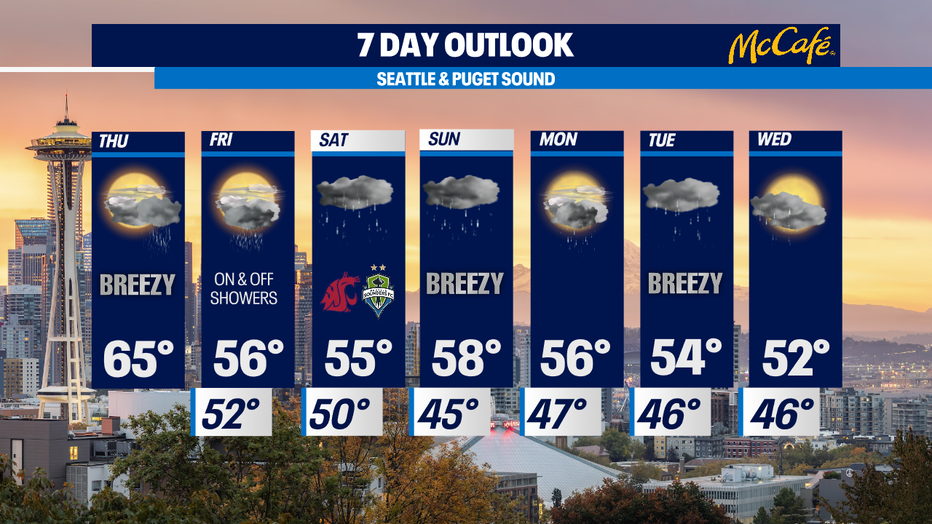