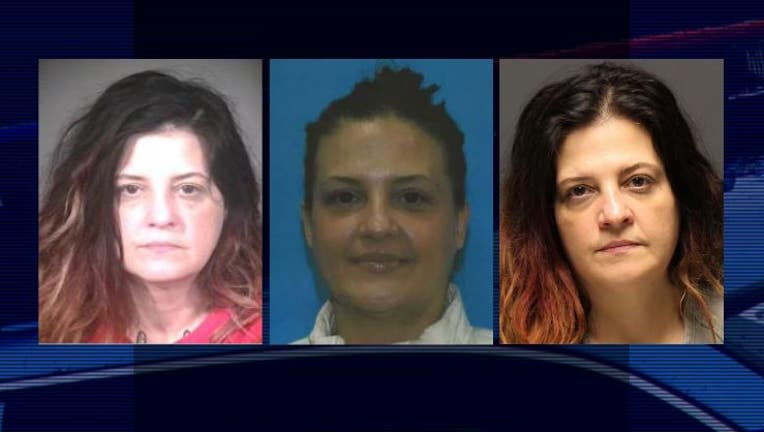 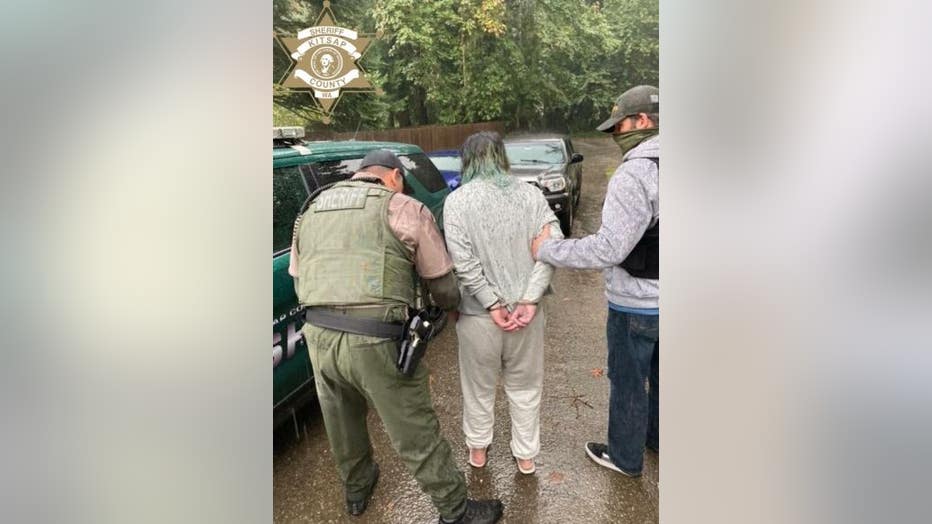 WANTED IN PIERCE AND KITSAP COUNTY - Tiffany Doll’s two year run from the law came to an end on Wednesday, thanks to a Washington’s Most Wanted viewer tip to Crime Stoppers of Puget Sound and follow-up investigation by Gig Harbor Police and law enforcement in Kitsap County.

The 48-year-old was arrested in Bremerton by U.S. Postal Inspectors, Kitsap County Sheriff’s deputies and members of the West Sound Narcotics Enforcement Team.

She will be booked into the Kitsap County jail on her numerous warrants.

“Thanks to the efforts of David Rose, Q13 and the Washington’s Most Wanted viewers who help capture these criminals, I’m thankful that there is one less on the streets tonight that won’t be terrorizing any more lives.  I wish she would take the opportunity to better herself and choose to make good decisions in the future,” said one of Doll's alleged vitims, Rochelle.

Doll is WMW Capture #1175 thanks to tips from our viewers.

FUGITIVE WANTED August 21, 2020 --
Tiffany Doll is one of the most prolific identity theft and burglary suspects on the run in Washington state.

Detectives say she has been on a two-year-long crime spree in Pierce and Kitsap County.

She has a list of felony warrants for her arrest as long as my arm.

Detectives say she has even bragged to other criminals about how good she is at stealing people's money through identity theft.

She might have picked the wrong victim though, a woman who feels violated and is determined to takeback her good name. She's sharing her story in hopes it keeps you from being a victim.

“I felt like every part of my life was invaded."

Rochelle lives in Ruston, a small town with very little crime, but she was home asleep on August 8th when a thief broke into her car, where she'd accidentally left her credit card and some mail. "These things happen when you let your guard down,” she said. Within minutes, police say a woman took her card to the nearby Chevron gas station on 51st and Pearl St. Surveillance video shows her chatting it up with the clerk and using the stolen card, so Rochelle went to talk to him. “He said that she was flirting with him. Made him very uncomfortable, but clearly, probably to throw him off his game, knowing she was going to use, attempt to use my credit card,” she said. When the suspect left, the video shows her walking towards a black Mercedes and wearing bright pink yoga pants.

The woman got behind the wheel. There was a guy with her, but you never really get a good look at him.

The next day, Rochelle's card was used at the Taco Bell and Ross stores in Lakewood, which got flagged as fraud. Rochelle declined the charge and cancelled the card, but that was just the beginning. “Next, I see a charge on my bank account for a Department of Licensing ID,” she said. The suspect had ordered an actual copy of Rochelle's driver's license, then used the information to make a fake ID, but not with Rochelle in the photo. Detectives say the photo was of the suspect. “What's creepy is she does resemble me. I mean, there's a small part of me that wonders if I'm not targeted,” Rochelle said. And, some of the information didn't match. The ID said she lived in the city of Ruston Way, which doesn’t exist.

Rochelle learned about the ID when the suspect went to a bank in Gig Harbor and tried to withdraw cash, suspecting fraud, the teller took a photo copy and notified Rochelle, who called police. “It makes me angry. Very angry. It's, you know, with everything going on right now, I feel crime has just, none of us are safe. They're coming at us every direction and it's not a comfortable feeling, especially feeling like you have to take extra measures to protect yourself,” she said.

When Gig Harbor Police and U.S. Postal Inspectors looked at the suspect's photo and the video, they immediately thought of Tiffany Doll, charged in Kitsap County with identity theft, burglary, forgery, auto theft and for working with a crew of crooks to burglarize post offices. “We believe that she was one of the lookouts for this operation, as well as one of the suspects that actually helped case these post offices out in Kitsap and Pierce County. She's fully involved, we believe in this organization,” said U.S. Postal Inspector John Wiegand.

Now, detectives are hoping the new surveillance video helps someone spot her.

"These people, when you look at their car, when you look at the way they're dressed, are not living this lifestyle. They're doing it at other people's expenses. If they're this good at it that means there are many other victims out there and many more to come,” said Pierce County Sheriff’s Det. Ed Troyer.

Until she's caught, Rochelle is checking in with police to make sure the suspect hasn't committed a crime in her name. She suggests locking down your license, so nobody can order one online and she has some advice. “You can also do this with your vehicle registration, as well. And, what that means, unfortunately, the inconvenient part of it is you will always have to go to the Department of Licensing to get a replacement ID, but you would avoid what I just went through, where someone was simply able to go online and request a driver's license of mine and have it mailed to another address,” she said.

In her case, the suspect had the license mailed to an address in Bremerton, but police checked and couldn't find any connection, so far, to the suspect.

“If she did this to me and so professionally, she has done this to so many people,” said Rochelle.

She could be in the Pierce or Kitsap County area.

Call 911 immediately if you spot her.

If you know where she's hiding, use the P3 Tips app on your cell phone to submit the information to Crime Stoppers, or call the hotline at 1-800-222-TIPS(8477). It's anonymous and you'll get a cash reward of up to $1,000 if your tip helps lead to her arrest.