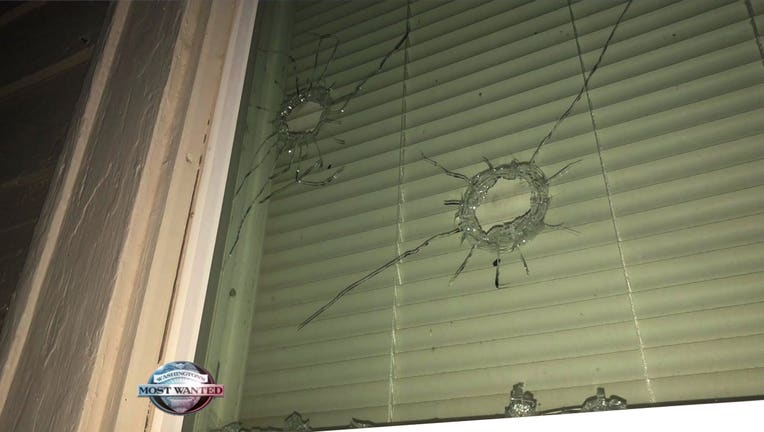 WANTED IN YAKIMA - Yakima Police are asking for the public’s help to identify the suspects who shot a young boy and girl sleeping in their beds.

Detectives say the drive-by shooting suspects fired 60 rounds into the home in the 800 block of West Viola Ave. in Yakima early Tuesday morning at about 12:50am.

Detectives say the injuries were serious and damaging, but not life-threatening. Police say they've taken steps to provide assistance to relocate and protect the children, who are no longer staying at the house.

What's even more horrific is that this was the second drive-by shooting at the home this week. On Saturday, July 4th at about 11:50pm, police say unidentified suspects possibly driving a red sedan opened fire on the home, hitting that same 11-year-boy in the buttocks. He was taken to the hospital, where he was treated and released, before being shot again Tuesday morning. "These children are doing absolutely nothing and to have their home riddled with bullets, twice in a few days and to be 11-years-old and shot twice in three days, is just absolutely a different level of evil that these people are willing to commit," said Yakima Police Major Crimes Det. Drew Shaw.

Detectives say they aren't 100% sure that the same suspects committed the second shooting, but believe it is likely. They just need a suspect's name to investigate, or any surveillance video you may have showing the shooters, or their car.

"Because we know that more than one person is involved in this, we are hoping that the public will understand that an 11 and a 9 year old don't deserve this and they have the absolute right to have justice brought in these cases and we're asking that anybody with information on this case, whether you heard about it, or you were in the neighborhood and you saw something to, please, call and let us know, so we can follow up on those leads," said Det. Drew Shaw.

If you wish to remain anonymous, you can submit a tip on the suspects to Yakima County Crime Stoppers by calling 1-800-248-9980, or 1-800-222-TIPS(8477). You can also download the P3 Tips app to your cell phone for free and text in the information. It's sent right to Yakima Police and you will never be asked to give your name. There is a cash reward of up to $1,000 for any information leading to an arrest in this case