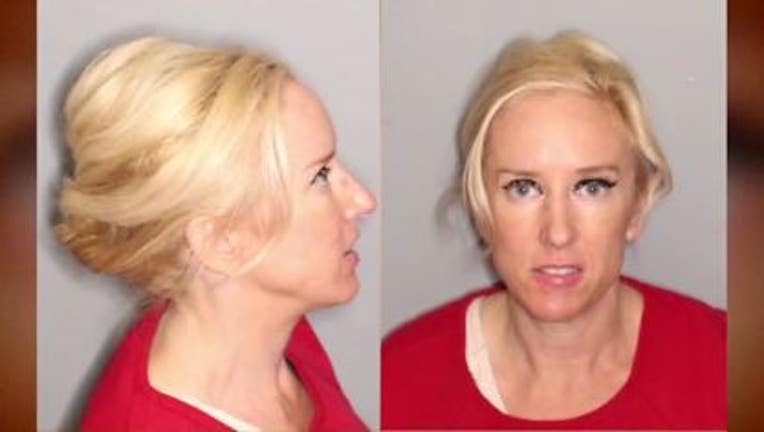 "They go to the apartment and she's not there, but a pretty observant officer looks up and can see that the insulation in the attic has been disturbed, appears to be on the ground. He puts two and two together and determines she has fled up into the upper attic and crawlspace. They are able, with the assistance of Kent K9 now on scene, to get her to come out and she's arrested without further incident," said King County Sheriff's Sgt. Tim Meyer.

Dalby was booked into the Kent City jail  for Attempt to Elude, Felony DUI and Violation of Ignition Interlock.  Additionally, she was arrested for a Misdemeanor Violation of a Court Order.

"We just cannot be more appreciative both of our regional agencies, but also the Washington's Most Wanted viewers and Crime Stoppers for helping make this happen," said Sgt. Meyer.

Dalby is Washington’s Most Wanted Capture #1206 thanks to tips from you!

Police are concerned she may hurt someone, or kill someone by driving recklessly.

The court has a $100,000 warrant for her arrest for Violation of an Ignition Interlock and for trying to run from police when officers tried to pull her over last July.

"Sometimes two things just don't go together and that's Michelle and anything with an engine. She has racked-up nine failures to appear. In 2018 she was convicted of Vehicular Assault after a DUI collision with a motorcyclist. Today's case that we're talking about stems from an incident on July 2nd, 2020 in Renton. Officers down there did a great job. They spotted her driving the wrong way on downtown streets to their city. Pursuit ensued and only ended after a PIT maneuver, where they were able to get her in custody. The courts at that time had seen her license was revoked in the second degree. She was required to drive with an ignition interlock that wasn't in the car. She, again, has failed to appear and now the courts have issued a warrant for her arrest," said King County Sheriff’s Sgt. Tim Meyer.

Dalby is 45 years old, known to use the fake last name of ‘Mar’ and could be in the Star Lake area of Federal Way.

If you know where she’s hiding, contact Crime Stoppers of Puget Sound to get the cash reward of up to $1,000 for helping get her in custody. You can use the P3 Tips app on your smart phone, or you can call the hot line at 1-800-222-TIPS(8477) to anonymously get the information to Crime Stoppers and the King County Sheriff’s Criminal Warrants Unit.