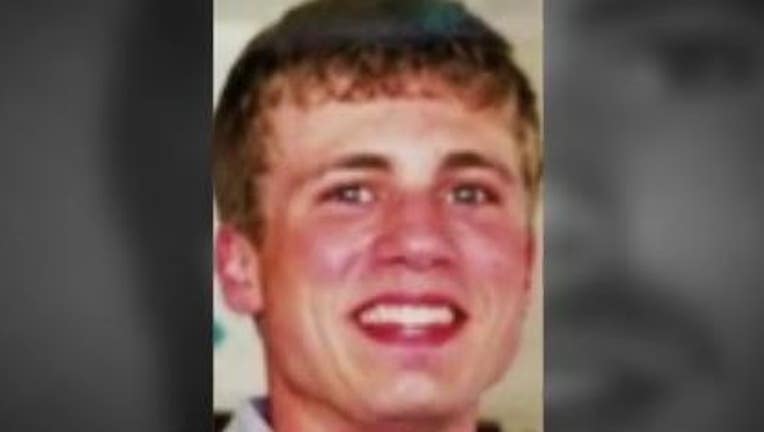 KING COUNTY - For over 17 years, a young man’s family has spent every day wondering where he is and what happened to him.

It all started with a morning drive to pick up some breakfast and then Austin Renshaw just vanished - leaving his car and a half eaten sandwich behind.

King County Sheriff’s detectives are officially considering his case a cold case homicide investigation and now there’s an $1,000 cash reward being offered by Crime Stoppers of Puget Sound and Renshaw’s family for any information that can  help finally solve this haunting mystery.

Austin’s father, Lorne Renshaw, has been fighting for answers in his son’s disappearance for almost as long as his son has been alive. "We just want him home. We just want him back. It's been a long time and we just want this over."

Austin was only 22 years old when he went missing. "He rented a room from some people and 20 days later he was gone," said Austin’s dad. He was staying in the Cherokee Bay area of Maple Valley, on October 27th 2003, he reportedly left the home for the last time.

The next clue came two weeks later, when Austin’s car was found in the parking lot of Chinook Middle School in SeaTac, some 25 miles away from where he was living. Inside his silver Chevy was some cash and a breakfast sandwich from McDonald’s, with just a bite out of it and other items that looked like they hadn’t been touched. A receipt from a McDonald’s in Renton placed Austin there at 7:30am on October 27th, the last day detectives believe he was alive, leading investigators to believe after Austin got his breakfast, someone else dumped his car at the middle school. "We don't know what happened in between that time, but we know that somebody had his car, or he was there for some reason. We just don't know what happened after the fact, so we don't know where he's at. He never used his cards again, his debit card, never contacted any family. He was very close with his father, never contacted anybody else again," said King County Sheriff’s Capt. Ryan Abbott.

Nearly two decades later, Austin’s father believes his son’s housemates may know more than they’ve let on. "He told his sister and one of his best friends that a couple of different people at the house where he was renting a room had threatened his life and he was very worried about it and then he was gone," said Lorne Renshaw.

So many unanswered questions: Why was Austin threatened? What happened to him? And, why?

"Back when it happened 17 years ago, maybe you had little information, maybe you had a lot of information, but now you've thought about it and now it's an official homicide, are you really not going to come forward? We're offering you anonymity and we're going to give you $11,000 for that information, so if you've thought about it, now's the time to come forward. I don't care what you know about it. A little bit of information could break this case and we really need your help," said Ret. Det. Myrle Carner with Crime Stoppers of Puget Sound.

"I want to honor Austin and all of our family as much as I can, whenever I can, but it does. It gets you," said Austin’s dad.

His family’s life has never been the same. "In December, we lost my other son, this last December, so it has been real hard," said Lorne. After suffering from a tragic medical event, Austin’s brother died without ever knowing what happened to him. Through the anguish of losing both sons, Lorne Renshaw is still fighting to bring Austin home, to be able to give him a proper burial and a proper goodbye. "He was so very, very funny and he was a great friend, a great, loyal friend. He was a great son and I didn't get to tell him that enough."

If you have any information at all that you think can help solve his case, you can remain completely anonymous and you’ll get an $11,000 cash reward if your information leads to an arrest. Use the P3 Tips app on your smart phone that you can download for free to submit the information to Crime Stoppers of Puget Sound, or all the hot line at 1-800-222-TIPS(8477).