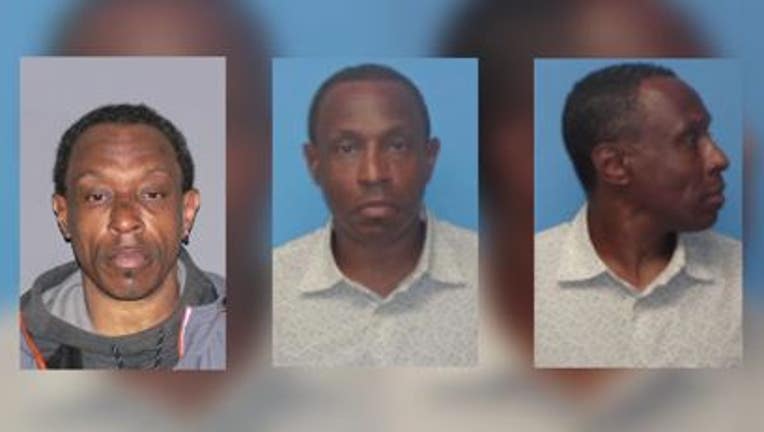 He is being held without bail.

He has a no bail warrant for his arrest after King County prosecutors say he was convicted by a jury last month for Rape 2nd degree. He showed up to court until it was time to hear the verdict, that's when he vanished and a bench warrant was issued for his arrest.

Seattle Police used DNA to identify Lay as the suspect who kidnapped a woman off the streets, dragged her into a car and then raped her in the woods while threatening to kill her with a screwdriver. When he finally let her go, she went straight to police and the hospital.

The victim’s rape kit was among thousands that went untested for years until it was finally run through a national database in 2017.

Lay’s DNA profile was in there, because he has prior felony convictions including one for Assault with Sexual Motivation.

Now, he’s on the run and was last known to be staying in Auburn.

"I look at his arrest record. He has felony violation domestic violence, four counts of Possession of Stolen Property in the 2nd Degree, Unlawful Possession of a Controlled Substance, which is drugs, assault, it just goes on and on and on. This guy is a danger to society and we really need your help to get this guy off the streets. Let’s get some justice for the victim in this case,” said Ret. Det. Myrle Carner with Crime Stoppers of Puget Sound.

In the past, he's been known to flee to Chicago and to Zion, Illinois, which is just north of Waukegan, where he’s been classified in their sex offender database as a ‘predator.’

It doesn’t matter where he’s hiding. If you know where police can find him he will be arrested and brought back to Washington state to face his sentencing.

If you can help officers locate him, submit an anonymous tip to Crime Stoppers of Puget Sound through the P3 Tips app on your cell phone, or call the hotline at 1-800-222-TIPS(8477). You will be paid a cash reward of up to $1,000 for information that leads to his arrest.