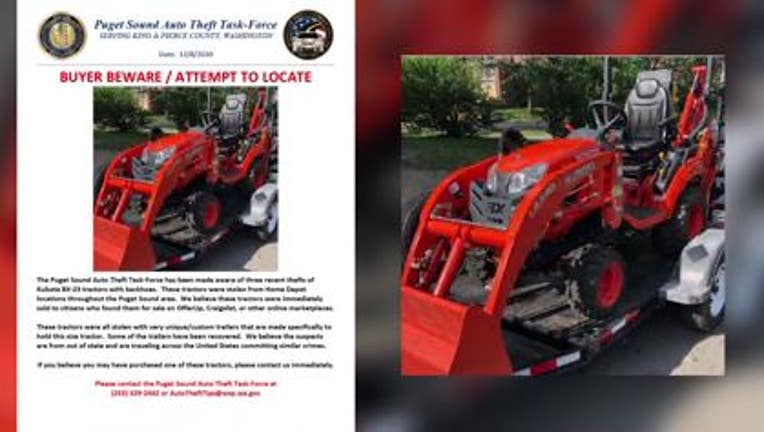 Detectives say thieves from out-of-state are in the Puget Sound region stealing and then selling tractors online.

The task force says there has been at least three recent thefts and the tractors were stolen from Home Depot stores throughout the Puget Sound area.

Detectives say the tractors are being sold on sites like Craigslist and OfferUp.

If you purchased one of the stolen tractors, or have any information that could help lead to any of the theft suspects, call the Puget Sound Auto Theft Task Force at:
(253) 329-2442
or email:
autothefttips@wsp.wa.gov