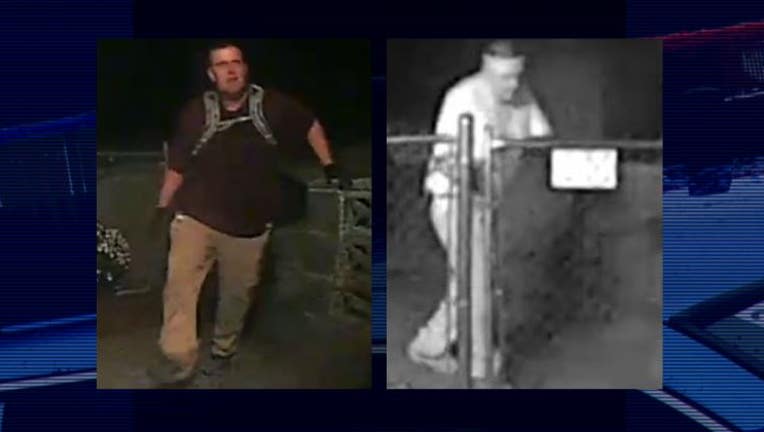 WANTED IN EDGEWOOD - A backyard burglar alert in the Edgewood area of Pierce County:

Keep your barns and tool sheds secured as well as you can to stop these two theft suspects from stealing your stuff.

Edgewood Police are hoping you can help identify them after detectives say they stole from a homeowner's shed and barn along Sumner Heights Dr. E. around 2am on October 9th.

"The stuff that was taken was a chop saw, leaf blowers and miscellaneous tools. The Ring camera system did pick up some footage of a white male suspect who came in and appeared to disable one of his floodlights, security lights and then came back-and-forth on the property a couple of times, removing some things from his shed. He was definitely intent on committing a crime, because he comes in, then goes to the lights to disable them and then he actually is seen on camera, as well, wiping down his fingerprints from the gate that he came through, so he was very intent on committing a crime and then covering up his tracks as he left the process,” said Edgewood Police Chief Micah Lundborg. 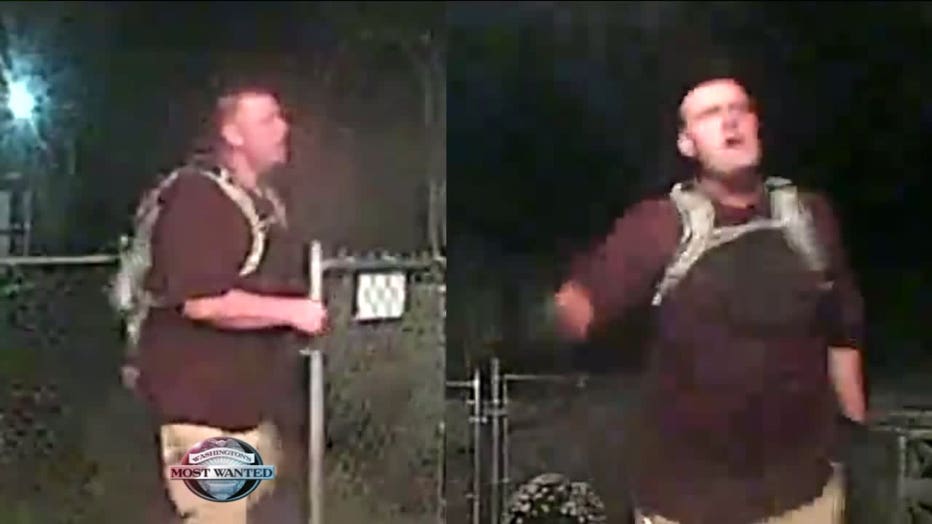 The second suspect was only caught on camera for a moment, so it's the guy wearing the backpack and maroon shirt who detectives really want you to focus on. They say he's in his mid-20s to early 30s, heavy-set, with short brown hair.

If you recognize him, or know who his cohort is, use the P3 Tips app on your smart phone to submit the information to Crime Stoppers of Tacoma-Pierce County, or call the hot line at 1-800-222-TIPS(8477).