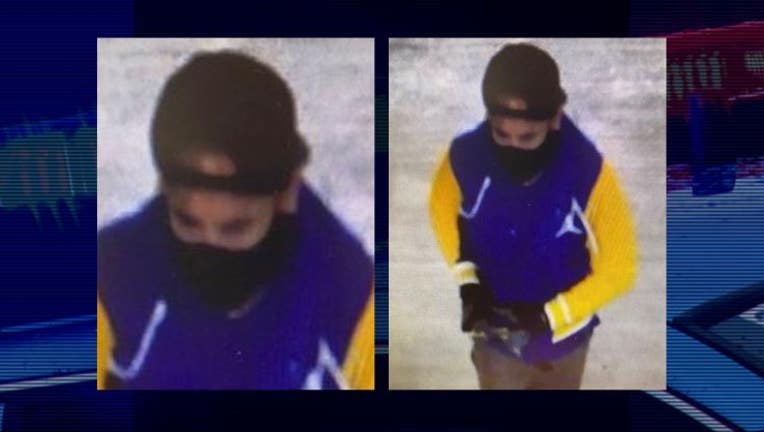 UPDATE July 10, 2020 - Kirkland Police say the stolen Audi was found abandoned in an alley in downtown Seattle earlier this week.

As you can see from the photos below, the whole front end was smashed-up, the passenger side window was broken and the thieves left a ton of junk in the vehicle.

The insurance company told the victims that their car is totaled.

The crook had put a Washington state vehicle trip permit in the back window and a stolen dealership plate on the car to make it look like it had just been purchased.

Detectives will be following up on those leads and are working with latent print examiners with the King County Regional Automated Fingerprint Identification System to see if they can find any to help identify the suspect.

The best scenario is that you are able to call in a tip to Crime Stoppers identifying him and then it is confirmed by the fingerprints.

FUGITIVE WANTED July 3, 2020 - It's a sickening feeling to come out and find your car stolen and Kirkland Police say that's what happened to a woman last weekend at the Voda Apartments. She found broken glass where she parked her vehicle.

Detectives say her white 2015 Audi RS5 with Washington state license plate #BFF6857 was stolen by a suspect who smashed her window in the middle of afternoon last Saturday and quickly drove out of the garage.

The Audi has not been found. 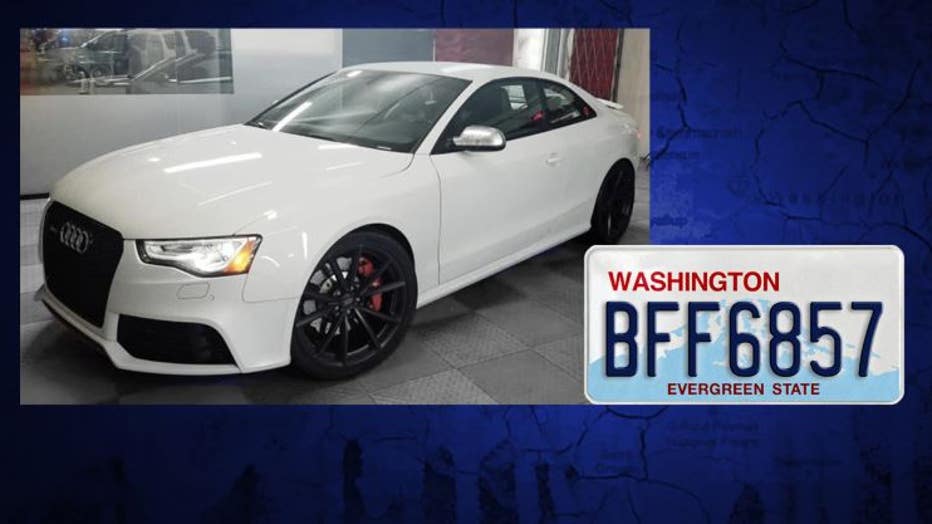 "We're looking for a suspect who we believe to be skinny to average build. He is wearing very distinctive clothing in the form of his sweatshirt with gold sleeves. He has a face mask on and he appears to be wearing his hat backwards. It's a black-colored hat. His Nike Air Jordan hightops appear to match his sweatshirt. They are also purple and gold with white tones, you can see the insignia on there.

“He's very quick at what he does. He may have knowledge of how to steal Audis in general, or he may have some sort of device that allows him to overcome the key fob anti-theft device of the vehicle, as well," said Det. Corporal Cody Mann with Kirkland Police.

Police say prior to the theft, he was seen driving a black BMW with the license plate number covered. He pulled into the garage, but turned around and left when he saw people inside that could be witnesses. He parked the BMW in a nearby alley and returned on foot. Witnesses took photos of the BMW, because he was acting suspiciously and it had a broken rear driver's side window. The car was not there when officers arrived, so they believe there was a second suspect who drove it away. 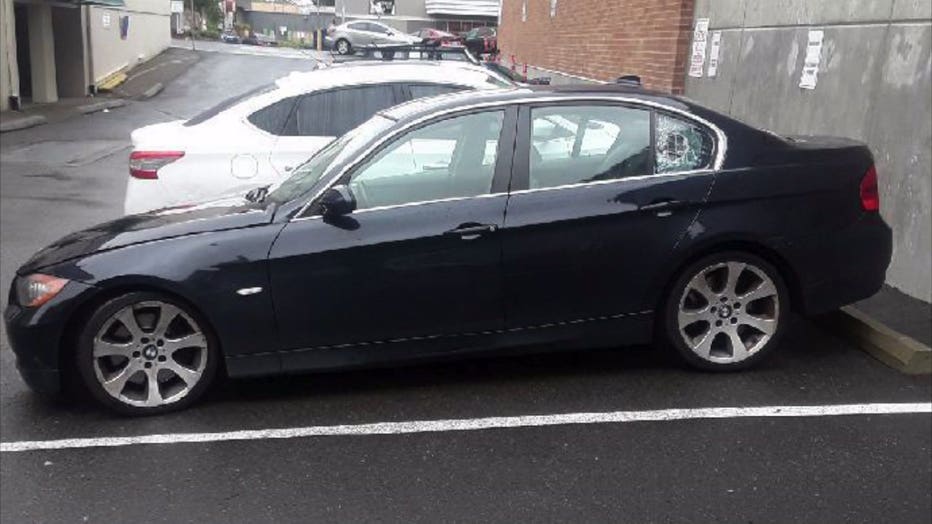 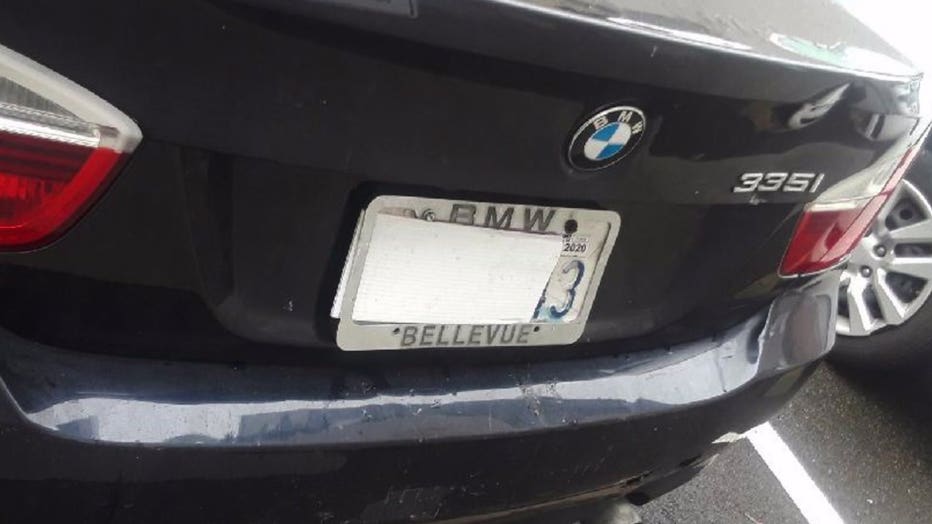