Toni Camp, an Olympia resident, said her 2017 Duckworth boat-- worth $60,000-- was stolen from her driveway.  "My husband worked a lot of overtime. That was sort of his baby. He loves fishing. We do it as a family. We do it as a team.  It’s part of our, it’s just really sad," said Camp.

The boat was recovered this past Saturday in Steilacoom but was stripped down to the metal and the motor was removed.

"They took everything. Even the doors to where the batteries were. We’ve worked really hard for this and to have it taken away is no small thing. It’s a huge thing," said Camp who is now installing surveilance cameras and motion activated lights outside her home. 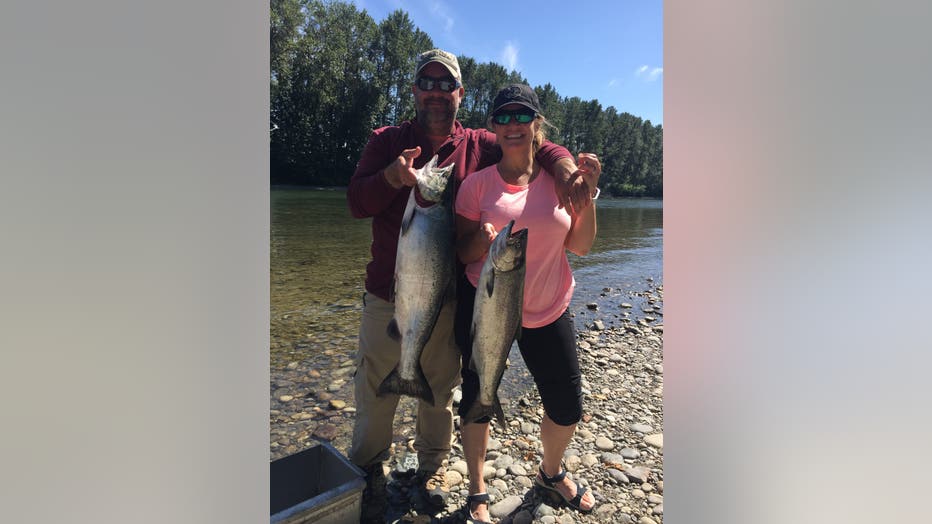 Olympia residents who had boat stolen in 2020. 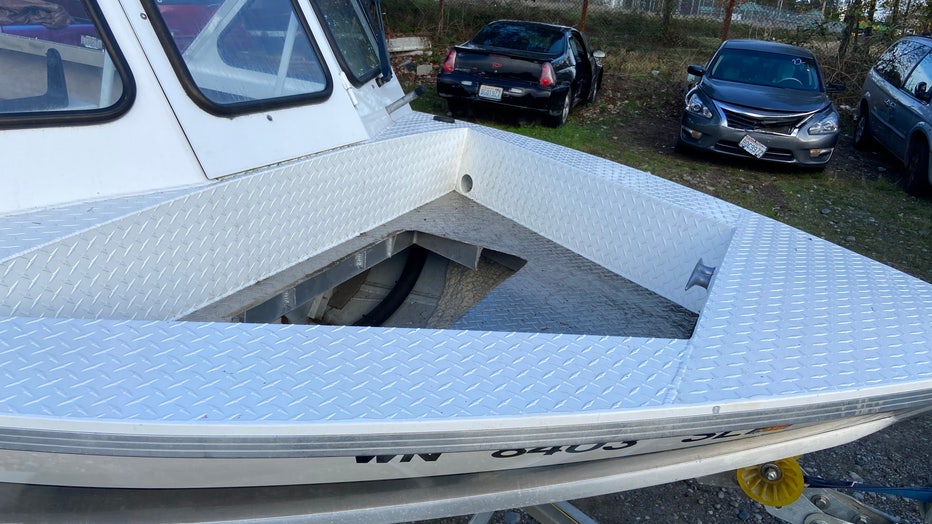 Detectives are asking boaters to add more security devices to their investments:  Wheel locks, security cables, Lo-Jack or GPS tracking systems.  Parking large vehicles or other things in front of the boats can also help.

The Puget Sound Auto Theft Task Force believes the same suspects are responsible for the recent boat and trailer thefts.

Officials say the suspect vehicle is an older, white Ford truck, with possible front end damage and a light blue stripe on the side, no front license plate, and possibly first three digits of the rear license plate is “C86.”

Detectives also want you to check to see if any recently purchased outboard motors or boating equipment matches the most ones stolen this month.

In Toni's case, they are missing a Yamaha 9.9 hp outboard motor with visible damage to the lower shaft and a 2017 Yamaha 115 hp motor.

The same thieves are believed to have stolen a 2008 Alumaweld fishing boat on a trailer from Lakewood on October 17th. It was found in Lakewood 3 days later, but was missing the seats, fishing gear, Lowrance fish finder and two motors. A Yamaha 80 hp motor with a jet pump and a Yamaha 8 hp motor with a white prop.

Then, on October 20th, a 2005 thunder jet Luxor fishing boat on a trailer was stolen in Olympia and recovered the same day in Lakewood. It was missing the seats, vinyl top, steering wheel, entire interior, fishing gear and a Suzuki 140 hp outboard motor as well as a Suzuki 9.9 hp outboard motor.

Any and all recently purchased and/or traded outboard boat motors or boating equipment matching items above should be checked for stolen status.

The suspects are believed to have taken the boats to a storage facility, large shop, or garage to strip it and sell all the items from each boat. Boats and trailers are then dumped as just the hull and trailer.

PSATT is looking for any and all tips of anything you think is suspicious in regards to boats and trailers dumped on the side of the road or witnessing a boat and trailer fully outfitted show up somewhere then it being towed away stripped of all outboard motors, gear, seats or other equipment..

If anyone has information on who is stealing the boats and motors, they can message the Puget Sound Auto Theft Task Force on their Facebook page or submit an anonymous tip to Crime Stoppers through the P3 Tips App or at 1-800-222-TIPS.